The busiest time of the year 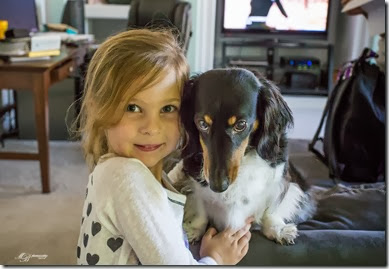 November has been insanely busy for us.  It’s been fun, but it’s also been affecting my health a bit, so it might be a little bit more stressful than is ideal.  It started out with me finishing my real estate classes and then taking the school exam, which you have to pass with an 80% before you can take the state exam to get your license.  I had heard from a bunch of people that it was tough and the girl I work(ed) for had already had her license in CA and she said it still took her 3 times to pass the school test.  Before I started the test, I talked to quite a few people who were taking it for the 2nd time, and some were even taking it for the 4th.  I, naively, thought that I’d still be able to pass it on the first try.  But I didn’t.  I got a 69%, so that really bummed me out and made me feel pretty dumb.  So ALL of November I had studying for that stupid test hanging over my head and in any spare minute I had, I would try to study a bit.  However, trying to study with a 4 year old and an almost 2 year old in the near vicinity is next to impossible.  I might as well have been trying to read Greek for as much as I was retaining.

The next weekend, Friday afternoon and Saturday morning, I took the jet photos for the squadron.  That was fun and I loved playing around with the 6D and it was a good experience, but it was a lot of pressure to try to take decent pictures of people in less than ideal lighting conditions.  And then I had the stress of editing them all and getting them back to people in a timely manner so they could use them on Christmas cards.  I got it done, but between having that to do and trying to study, it was tough.

On the 12th, we had a relative come in to town for a week, and it was nice to see her.  We went to Sedona for 3 days and went hiking.  I got LOTS of good pictures there, and I still haven’t even looked at them and that was almost 3 week ago. 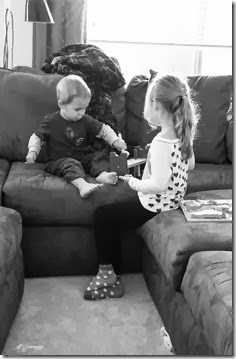 After our relative left, that week I had a spouses social and a crud practice two nights, and then Abbie and I both had dentist appointments, and I was trying to study a bunch so I could pass the test that I was planning to retake on the 27th.  I hired a babysitter so I could get some study time away from Ben and then also study more during his naps and after both of the kids went to bed.  On Saturday, the 24th, we had about 20 people from Mark’s work over for dinner.  We’d been wanting to do that for a while and just didn’t have time before then.  It was mainly for the b-coursers (students he teaches), and they graduate in January, so we were quickly running out of time.  On Wednesday the 27th, I took the school exam again, and I passed!!!  Thank God!  I was hoping to do better than I did (got an 83%), but considering I’m not in college anymore and I have 4 other people besides myself to take care of and not much time to myself, I’m happy with that.  If I hadn’t passed this test, I would have been required to take an exam prep course that would have been $50 and is only offered once a month, so it was a HUGE relief.  The next day on the 28th, we had 8 people over for Thanksgiving dinner, and that was fun also. 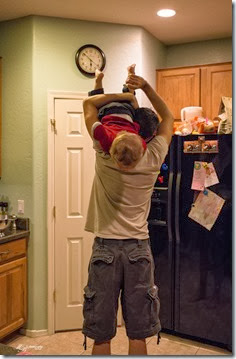 This week I have the wives squadron Christmas coffee one evening and I’m volunteering for a few hours another morning.  On Friday Mark’s parents and younger brother get here.  Ben’s 2nd birthday is on the 8th, his dad and brother leave on the 11th, and I also take the state exam on the 11th.  His mom leaves on the 14th, and we have the kids Christmas party on the 14th and also the adults one for the squadron.  Four days later, my parents get here, with our new Golden Retriever puppy, and theirs too!!  And they are staying here for 10 days to celebrate Christmas.  And then it’ll pretty much be January!

This time of year is always busy, and I love it, but it also comes with a fair share of stress, especially when I have exams to study for.  I’m excited for all the events we have coming up (except for maybe the exam) and all of the family we’ll get to see though.  I have a baby quilt (or three) that I need to start and finish sooner rather than later, but our house is decorated and clean for the most part and it’s beginning to feel like Christmas, except for the 75 degree weather.  =)

November FLEW by!  I seriously can’t believe that tomorrow is December!  Time flies when you’re having fun, I guess.  Or when you’re so busy you can’t see straight!

Congratulations on passing your test the second time around!!! Good luck on your state one coming up. Y'all have definitely been busy.. so I hope you get some peace and quiet sometime in the next month!

I hope you find some time to unwind!