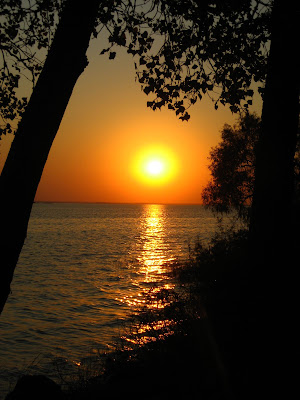 So Mark and I went camping this weekend. We were pretty ambitious and thought we'd camp two nights. However, that wasn't the case. After one night of sleeping on hard, uneven ground, with the weina dogs driving us both nuts and pretty much getting no sleep, by 10:30am on Saturday, we were all packed up and ready to go home. So.. we made it about 17 hours, which is pretty good for us. =) Anyway, here are some pictures from our short adventure. 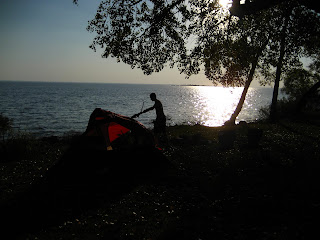 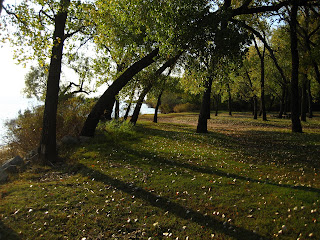 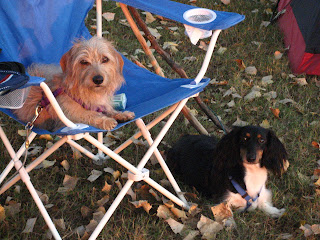 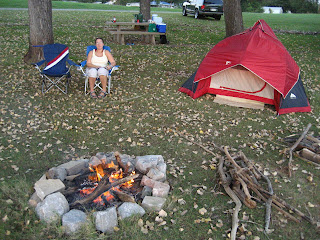 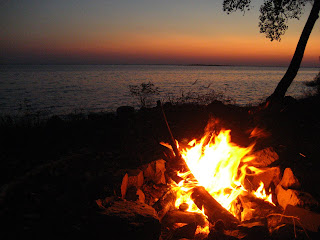 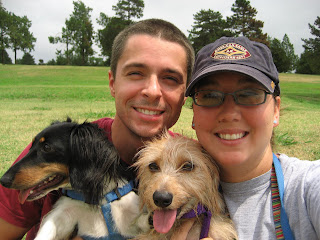 Last year Mark and I had a big get-together at our house on the weekend between our birthdays. We never imagined we'd still be here to host another one this year, but lo and behold, we were. The tricky thing was, most of our friends have already moved away, so we weren't exactly sure if this was going to be a "big" gathering, or a gathering of about 4 people, us included. Luckily, quite a few people showed up.
Mark works with quite a few guys our age, and quite a few of those guys have girlfriends or wives. He ended up inviting most of the students from his flight (there are about 20 of them I think), and we ended up having about 20 people show up, which was fun. Most of the guys that came, brought their wives or girlfriends and I met quite a few people for the first time. A lot of them are going to be in Mark's IFF class and some of them are going to be going to Luke with us too, so it was nice. I think part of the reason we were getting kind bummed about still being in OK is because it's really hard to watch all your friends move on to bigger and better things while you're still stuck in the same old "rut". But now that we've found more couples to hang out with, it's a little easier to be stuck in the middle of nowhere. 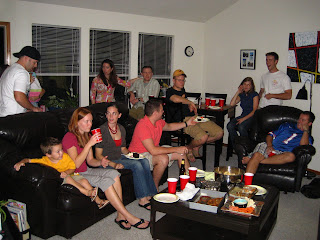 Yesterday Mark was feeling really antsy, and he really wanted to get out of the house. He ended up talking me into going to Guthrie, OK, about an hour SE of here. It's a really historic little town and had a bunch of antique shops. It kinda reminded me of Galena a little. We had a good time walking around and taking pictures, even though most of the shops where closed. We ate at the Stable Cafe, and the food was pretty good, despite the fact that there was a fly baked onto the outside of my potato. That was kinda gross. =) And there's a huge masonic temple there also. It was really weird to see this huge building, straight out of Washington DC, until Mark explained to me that the Mason's basically built DC too. (He's so smart!) 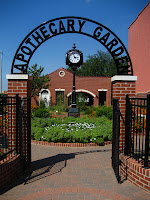 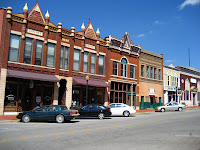 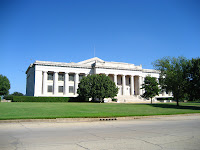