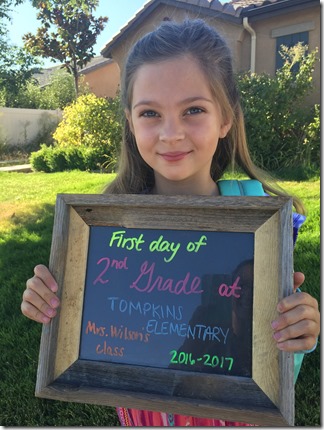 Abbie was so excited for school to start, as usual.  I’m so glad she’s my little adventurous kiddo who loves school and anything social.  She had the first day of school jitters, but she handled them like a champ, as usual.  Mark wasn’t able to go with us as he had a training he had to attend that morning, so I wasn’t looking forward to dropping her off without his support, but we managed.  The thing I hate about Abbie’s school (well one of the many) is that their “back to school” night is 2 weeks AFTER school starts.  They don’t even tell you which teacher you have until 5pm the night before school starts.  So there’s no meeting the teacher or seeing your room before school starts to make you feel more comfortable.  The kids are just kind of thrown into it.  Last year it was really nerve wracking for us since we had no clue where anything was at the school.  It’s really a dumb concept, but whatever. 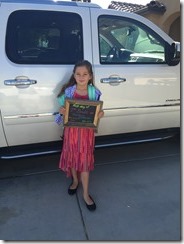 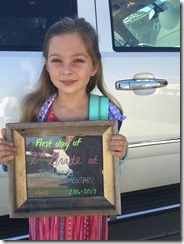 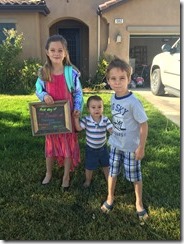 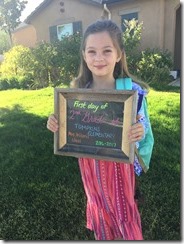 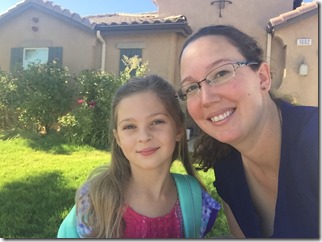 I briefly met her teacher and we got her situated in her class room and then I was off!  Abbie was fine, but after I took the picture of her waving I lost it a little bit.  I should have worn my sun glasses there.  Too bad they’re prescription and I can’t just wear them on top of my head like everyone else.  I managed to pull it together, but it’s always hard for me to drop Abbie off for the first day of school, even if there is a sense of relief too.  As a side note, I LOVE her teacher this year.  Ms. Wilson is great!  She’s new to this district, but she seems fun and energetic and she knows how to handle and challenge Abbie.  I think it’s going to be a great school year for her! 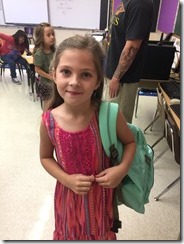 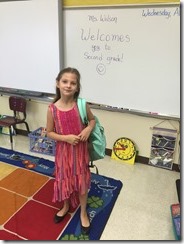 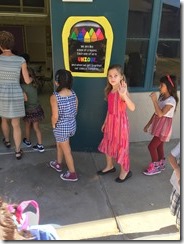 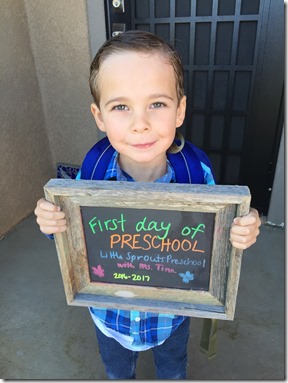 I wasn’t going to put Benji into preschool this year.  I’ve been trying to get him into the TK program at Abbie’s school, but he missed the birthday cut off by 6 days so he wasn’t accepted.  I didn’t want to pay $325/month for 3 half days again this year, so I was just going to keep him home.  However, once Abbie started school, Ben kept asking every day multiple times a day when he got to go back to school.  He LOVES school, which I am super happy about, I just didn’t want to pay for it.  And since I’d cancelled his enrollment at the school he went to last year before I knew that he didn’t get in to Abbie’s school, we were kind of SOL.  I saw Little Sprouts Preschool mentioned on a mom page on FB so I contacted Mrs. Tina, the owner and asked if she had room.  She did, so we got Ben into preschool with her.  He goes M,W and F from 8:30-12:30 and it’s $200/month. 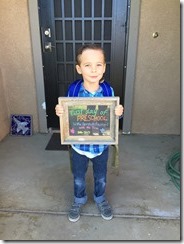 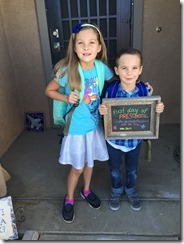 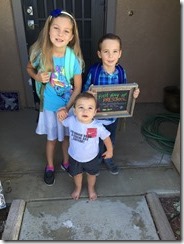 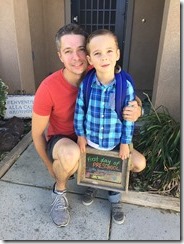 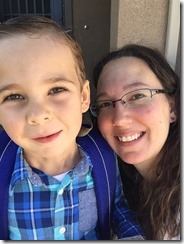 Ben had zero hesitation to go to preschool also.  He went with me when we interviewed with Mrs. Tina so he knew where he was going and he’d already picked out a favorite toy.  So he’d been asking for a few days when he got to go back and play with it.  But he still loves it.  And Mark and I love it too.  The teachers Ben and Tina seem great and they have a private FB group that they post pictures and updates in daily.  They do a daily summary of everything they did in class that day and it’s all very educational based vs play based, which I like and which is what Ben needs.  We are really excited about Ben’s year with them as well! 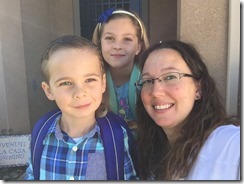 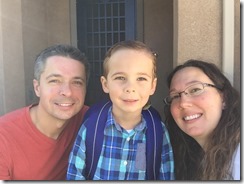 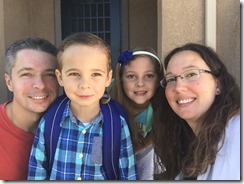 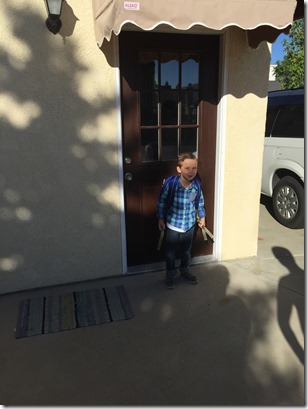