I have other blog posts saved describing later on in my pregnancy, but for some reason, I never wrote about the first part. 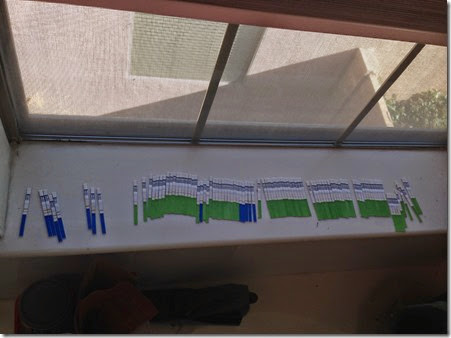 So starting from the beginning, Mark and I started trying for baby #3 around August 2013.  In November 2013, my cycles went a little nuts and jumped from the normal 28ish days to 45+ days, without any real explanation.  I went to the doctor a few times, and they said it was probably due to stress and I just needed to relax.  I thought that maybe it was the stress of having Emily live with us or the stress of getting my real estate license, or some sort of combination of the two and figured it would go back to normal in a few months, but it didn’t.  I started taking my basil temp every morning and tracking it and started using OPK’s daily, and I just wasn’t seeing any significant change in my temp or a positive OPK (ovulation predictor kit).  We went through months and months of this and I was getting a little more frustrated every month because I couldn’t tell if I was actually ovulating or not.

Finally in June they did some testing on me and everything looked fine.  They gave me progesterone one month to try to “reset” everything and that didn’t necessarily work, but it did give me the cycle from hell if that counts.  My OB said she wanted to wait a few more months before giving me a fertility drug, but I told her I didn’t want to wait a few more months.  By this time it had been a year and I wasn’t getting positives on anything and I wanted to take the next step.  So they prescribed 100mg of Clomid, and said I wouldn’t get migraines from it, which was a total and complete lie because I had a migraine for about a week straight after taking that stuff.  However, it worked.  Even though that month I STILL never got a rise in temp or a positive OPK, I did get a positive pregnancy test, and we were so excited. 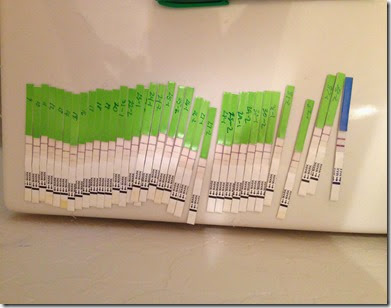 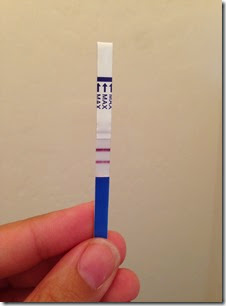 I was going to test on my birthday, which is when I should have started, but decided that that would make it a crappy birthday if it was negative.  So I tested 6 days early and I didn’t get just a faint line that I was hoping for, I got a VERY positive positive.  The test line was a lot darker than the control line, even though I was testing early, and that was my first clue that this wasn’t like my other pregnancies.

I knew that our odds of having multiples went up by 8-10% with taking Clomid, and add to the fact that I am a natural twin and I am over 30 years old, all of those combined made our odds fairly good.  I have always wanted twins and I just had a feeling that this pregnancy was twins.  I took an online test the night before our first appointment and it had 15 questions and I think like 12 of them we answered yes to, all indicating that it could be twins.  So when we had our appointment the next day, neither Mark nor I were too shocked when we saw two sacks and two heartbeats.  We were SO excited, and a little terrified, but more excited than anything.  I think you start running through scenarios in your head immediately when you find out news that you’re having twins – like are you going to sleep at all for the first few months and how do you breastfeed twins when it’s hard enough with one newborn – but despite all of that, we were so excited.  She told us told they were di/di twins, which I think stands for diamniotic and dichorionic, so they had they’re own sacks and own supplies and weren’t sharing anything, which was the safest kind of twins to have. 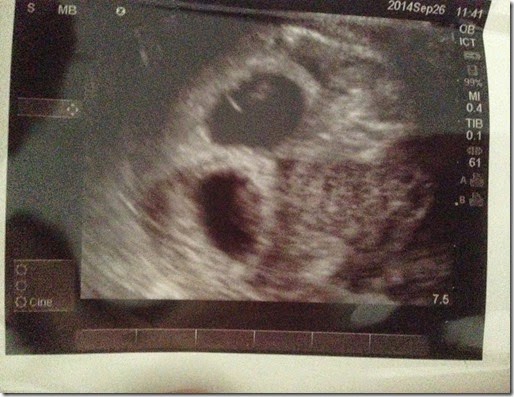 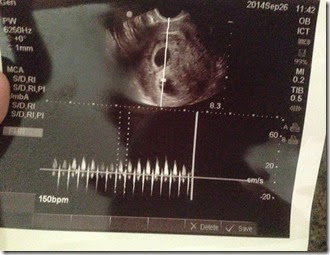 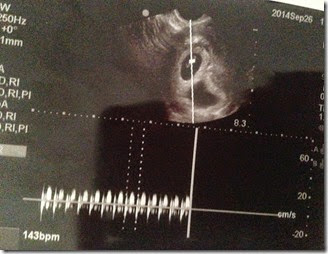 Still, even with this info, I was terrified to make it public knowledge.  I didn’t even want to tell his parents.  This was new for me because with our other two, we told everyone and anyone pretty much right away, but that just didn’t feel right to me this time, and I’m glad we didn’t. 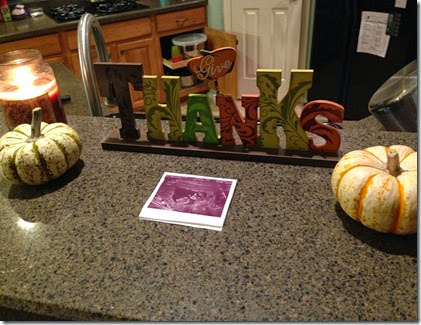