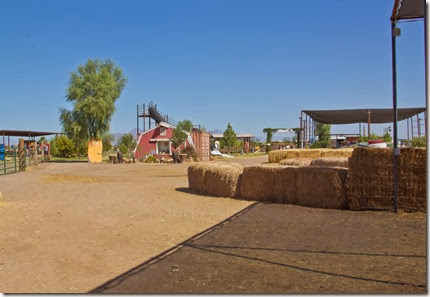 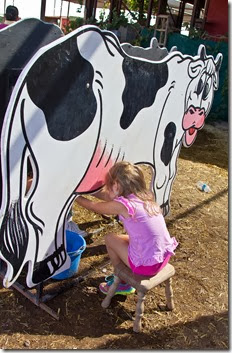 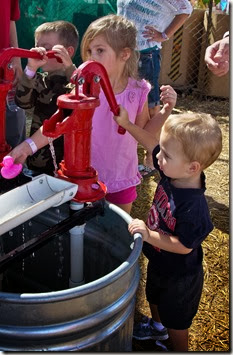 They had lots of fun little things for the kids to do.  It was a pretty hot day though - in the 90’s still (in early OCTOBER…  living in Phoenix is great…).  Once Abbie and Ellie got together, it was friendship at first sight.  Ellie sent Abbie a cute drawing before they arrived and Abbie asked NON-STOP about when Ellie was going to visit and where she was from.  It was cute. 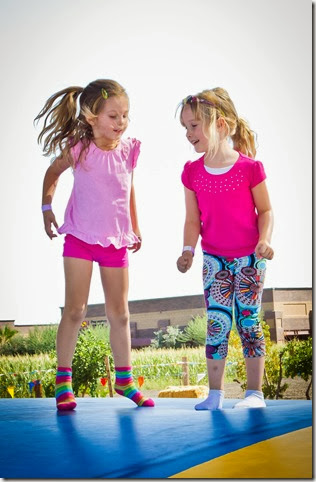 Ben wasn’t a big fan of the big bouncy pillow until Mark joined him on it.  And then he loved it!  I think Mark did too. 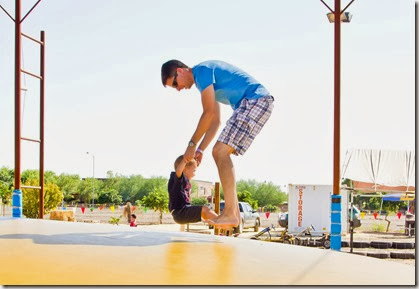 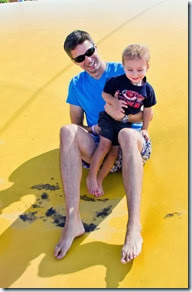 Next was the big slides.  Abbie was afraid to go down them, but after some coaxing, she did.  Mark took Ben down once and he LOVED it and then went down both of them by himself more than once.  He’s a brave little boy! 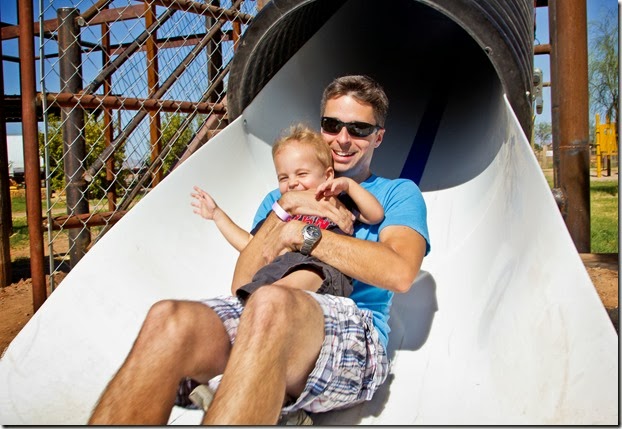 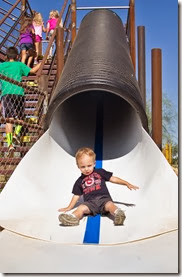 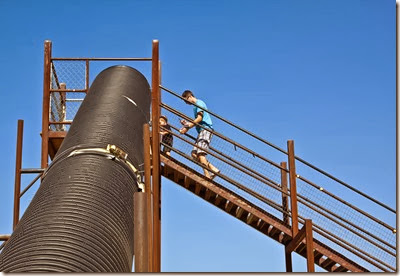 Abbie and Ellie had lots of fun and it was so fun to watch them interact.  They’re pretty much two peas in a pod.  Four and five year old girls are so cute and these two are very much alike! 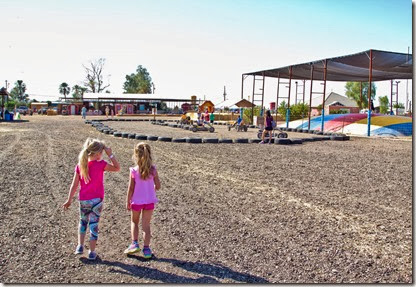 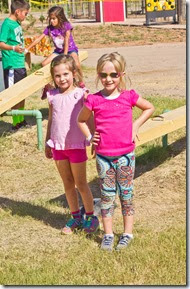 We took a short ride around the property in these things.  It was fun too and I think the kids enjoyed it. 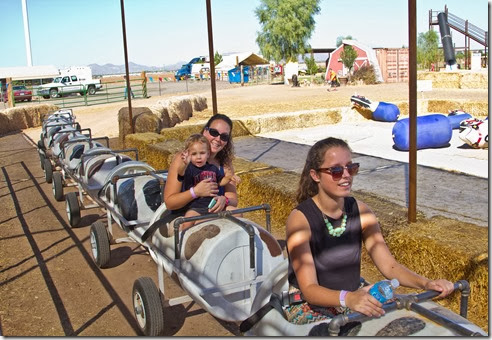 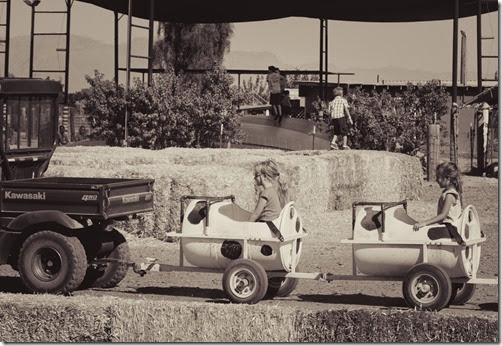 Ben really wanted to take a ride on these things so Mark took him around the loop a few times. 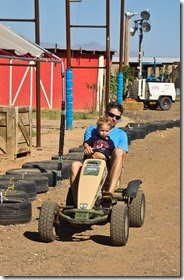 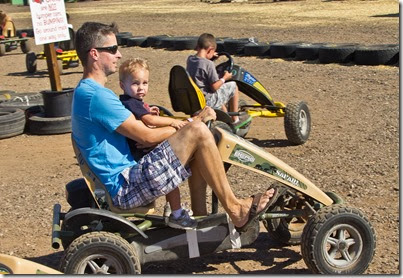 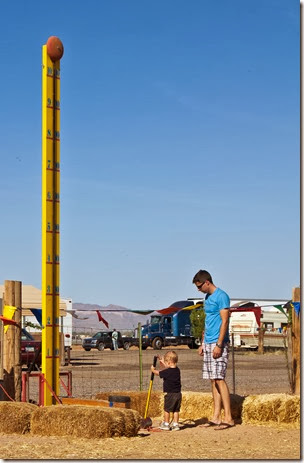 We picked out some pumpkins before we headed home to beat the traffic and make dinner. 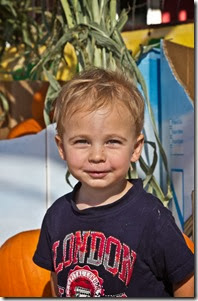 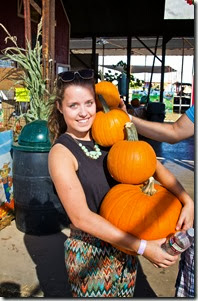 Liz and her family brought us gifts (so sweet!!) and their gift to Abbie was her own make-up kit, so I’m sure you can imagine the fun that Ellie and Abbie had playing with it.  And if you can’t imagine it, here are some pictures to help! 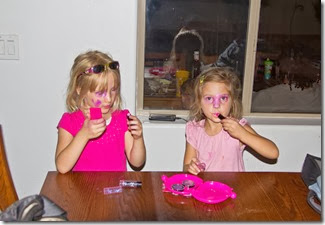 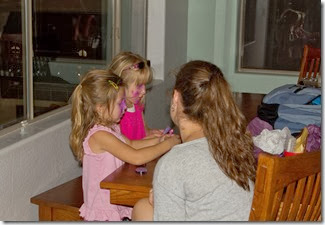 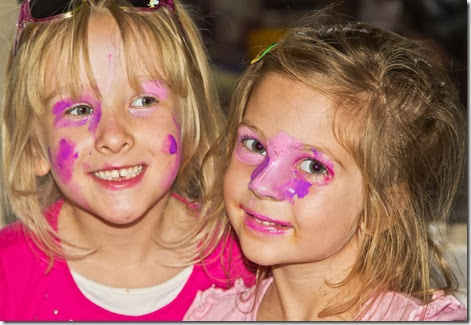 Ben and Zoe even played with his gift a little bit too! 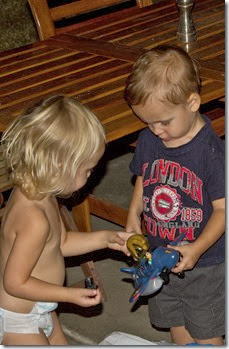 I wish that Liz and her family lived closer.  And I wish the visit could have been longer, but we had fun with them during their short stay with us.  Hopefully we can go visit them in TN some and get the kiddos together again! 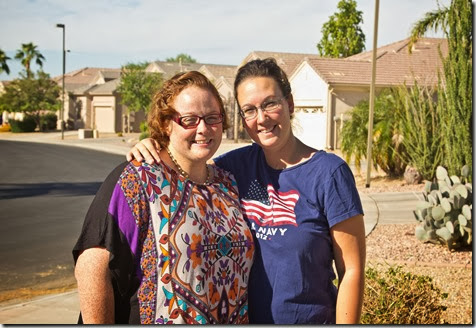 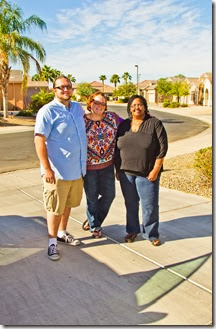 Oh my gosh! I'm dying over the makeup pictures!! Hahaha!!

Claps! Jeff said to me later that he really wished you guys lived closer to us. I thought that was cute. He had a good time too! I thought it was so cute how the girls held hands like right away. That was Ellie's first sleepover and my fist scorpion hunting!