A visit to Butterfield Dairy 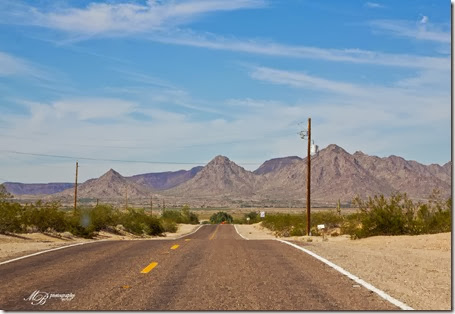 Over the summer, we were at Lowe’s looking for paint and we ran into Tommy, Katie and their dog Tucker.  Actually, Abbie ran in to Tucker and wanted to pet him, and that’s how the conversation was started.  We ended up talking with them for a while in Lowe’s and they said that Tommy’s family owned a big dairy farm a little west of town and invited us to come out and take a tour.  Fast forward a few months, we finally found time to go take a tour, and it did not disappoint! 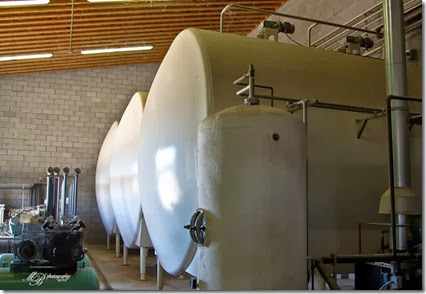 Butterfield Dairy is a HUGE dairy farm west of Phoenix.  Growing up in the mid-west, I’ve been around farms and cows before, but NOTHING like this.  This place was really, really big, and fascinating to learn about! 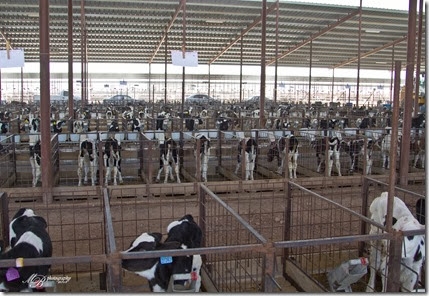 My favorite was the calf barn.  There were LOTS of calves – I think they said at least a couple hundred.  It was funny how some of them were so shy and skitterish, and some were so curious and friendly.  They all had their ID # tags and then another tag with their birthdays on them.  So the calf below was about 2 weeks old.  I think calves are ADORABLE.  Their stick out ears and big eyes get me every time. 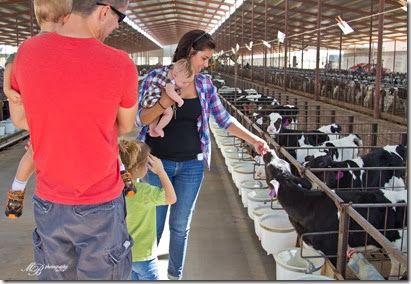 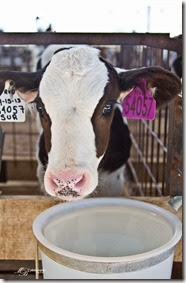 Ben and Tucker decided to go off on their own little adventure.  That boy is fearless and just wanders off by himself all the time!  Abbie never did that!  She usually stuck pretty close to us! 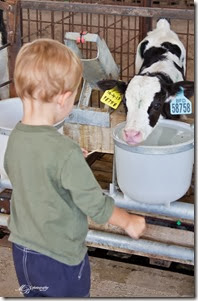 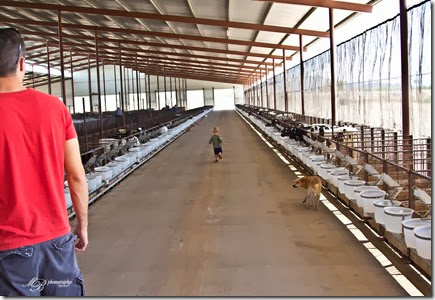 When we met Tommy and Katie at Lowe’s, Katie was pregnant, but now Brynn is a few months old!  Such a cutie! 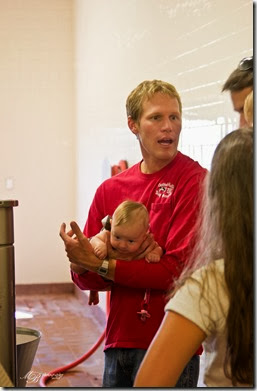 We got to drive through a few of the barns, which I thought was pretty darn cool.  These cows are well taken care of.  There are fans all over the place and they are pretty clean also, considering they’re full of cows. 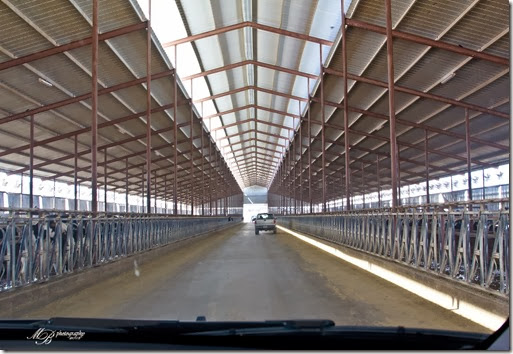 I had no clue that cows needed their hooves trimmed also.  I mean, I knew horses did since I’ve paid for that many times in my horse owning days, but it never occurred to me that cows would also need trims, or how they’d do it.  Well here you go.  This is how they do it!  Pretty crazy huh? 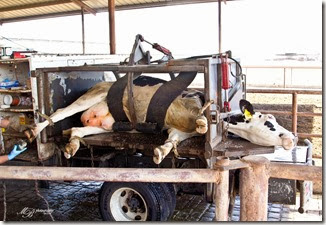 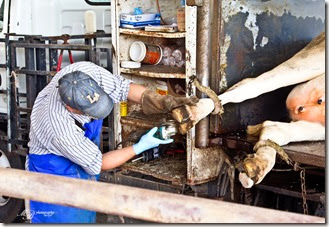 This is the cow holding area – where they go before they all line up to go on the milker.  These things spray them off underneath to clean them up a little bit and then they all file on to get milked. 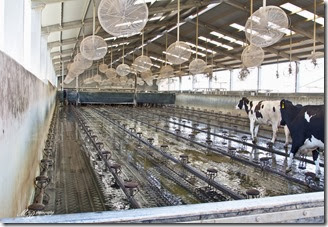 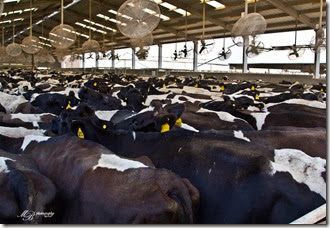 The cows were just as curious about us as we were about them.  I love how interested they are in humans.  Abbie LOVED the farm. 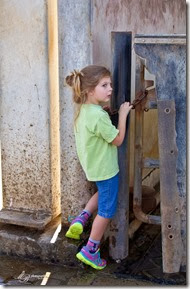 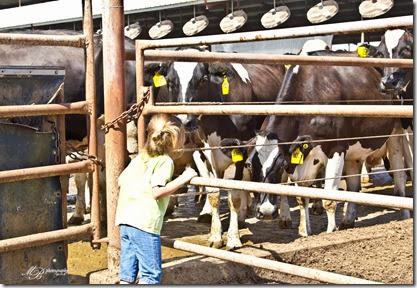 We put Ben to work closing gates and stuff and Abbie got to stand in the huge condenser thing.  (??I can’t remember what it was, but it was REALLY windy in there.) 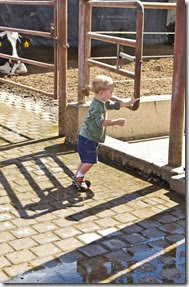 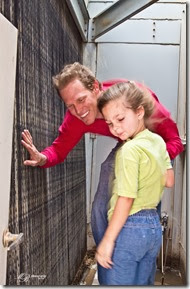 Next we got to see the cows on the rotary milker.  They can milk 80 (EIGHTY!!!) cows every 6 minutes and they do it 24 hours a day.  They shut the thing down to clean it every 8 hours for 1 hour, but other than that, this thing goes all the time.  I’d never seen a rotary milker, but they walk on to this thing, and a scanner scans their ear tag and the stall they’re in for milking and that’s how they track how much the cow produces. 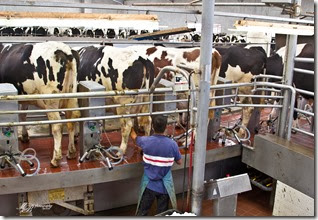 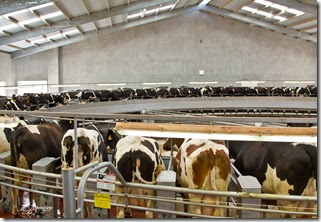 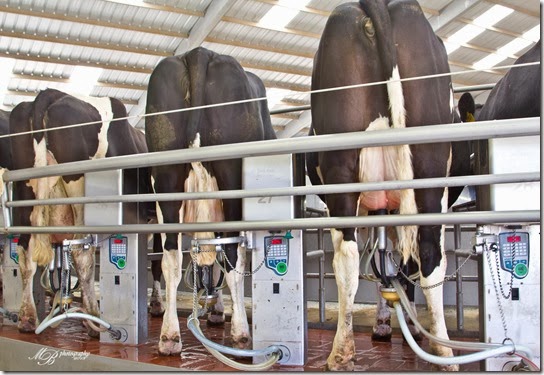 We got to go underneath the milker and see the cows from the inside and they’re just hanging out enjoying the ride pretty much.  It was kind of funny!  Ben found a huge beetle to check out and he thought that was pretty great.  Tucker was always close by too. 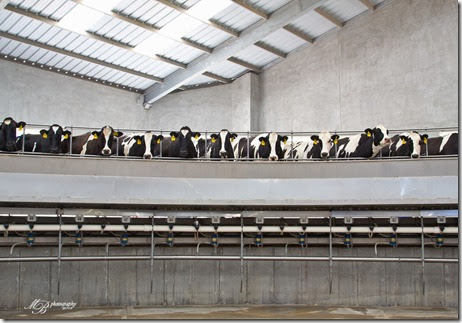 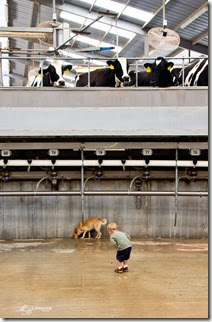 Our little loner boy, wandering off, as usual. 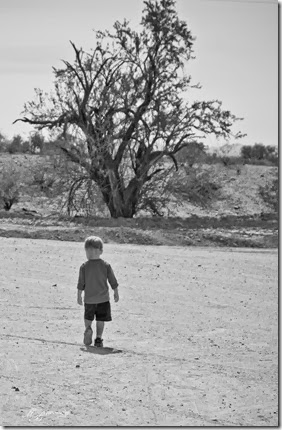 Next we got to go to the maternity barn where all the pregnant cows were and we got to see some minutes old calves!  (No, this isn’t some weird 1 head/2 body calf.  One of them is laying on top of the other one.  He got off the other one shortly after I took this picture.) 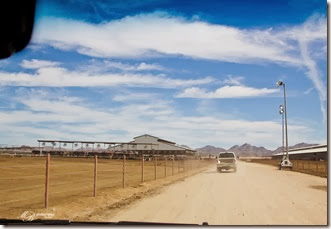 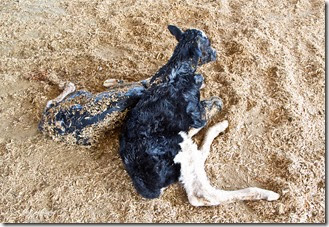 This calf had JUST been born and the mama was licking him off.  I love how all the other mama cows stand close by and protect the baby also, although they let us get right up next to him.  I think they were most leary about Tucker, who was also with us. 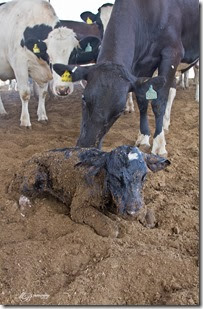 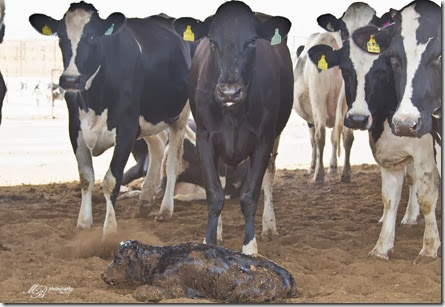 The entire farm (which they call a dairy, not a farm) has a natural cleaning system that automatically comes on.  The entire place is built on a slope, so when they turn these things on, all the water flows downhill and washes all the dirt and stuff away, and they come on quite frequently.  These cows were walking by and stopped dead in their tracks when they spotted Ben.  They wanted to get close, but were a little scared.  It was pretty funny. 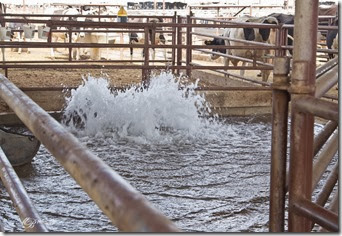 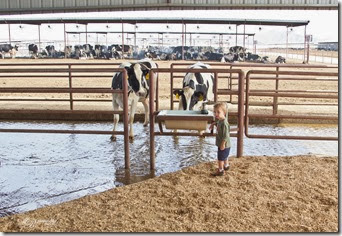 We also got to see one cow being born, which a little help.  It was coming out wrong and they had to push it back in and then rearrange it and pull it out.  Fascinating, but sad also.  And I won’t gross you out with all of the pictures of that, but it was interesting to see. We loved our day at the farm.  Tommy and Katie were great and we learned a lot.  And I also thought it was amazing that they said that his dad has over 50 (I think it was 50, might have been 75) relatives throughout the US and they are all dairy farmers.  His family owns 3 of them in this area alone.  So interesting to see what other people’s “normal” are and how different it is from our own.

That is pretty fascinating!! I think my old high school friend's sister and BRother-in-law own a dairy farm in Northern CA but I've never toured it. So neat!! Maybe I can meet her when we move to AZ and take a tour also...I think Cal would love it but heck, I'd love it too. Hugs to you, friend - another great post! :)

It looks really interesting! I love how some of the cows were "friendly and curious"

Did you get any milk or butter or other dairy things??

That really is fascinating! Thanks for sharing!

Don't you ever watch "The Incredible Dr. Pol"? They show all the down and dirty parts. ;)