I feel like I always say this, but again, I am so far behind on this blog, and editing photos, but I have pretty good reasons.  It just stresses me out because I like to keep it up to date and it’s that constant thought in the back of my mind on my list of things to do. 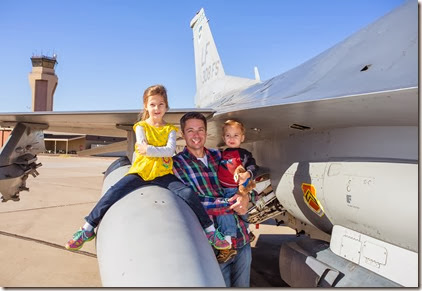 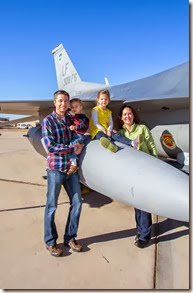 Earlier in November, I took jet photos for Mark’s squadron.  Families signed up and I took their photos and edited them and gave them all CD’s.  It was fun and I learned a lot doing it, but I also realized I have a lot to learn still before I would even consider doing this professionally. 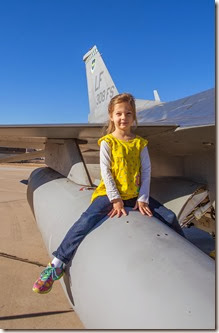 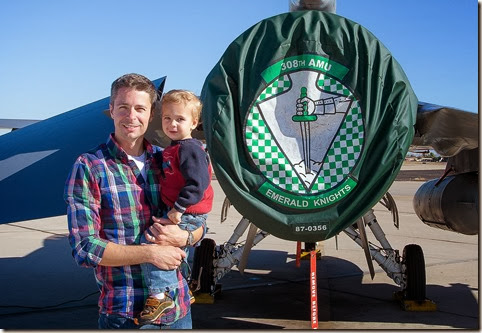 I rented a Canon 6D with a 17-40L lens and I LOVED using that combo.  The 6D is a pretty big step up from my 60D and I loved using a full frame camera with a wide angle lens.  It was a lot of fun to play around with and someday I hope to own one.  After I win the lottery.  Or sell a bunch of houses.  However, taking pictures in the AZ sun mid-day doesn’t make for great pictures, but we didn’t really have much choice.  You either put up with the sun, or you stick the jet under a canopy and then have blown out backgrounds and parts of the building in your photos.  Kind of a lose-lose situation, but I made due with what we had to deal with.  But I got them taken and back to all the families on CD’s within 2 weeks, so I was pretty happy with myself for that!  Especially considering we had a 4 day trip to Sedona and a relative stay with us for a week in there. 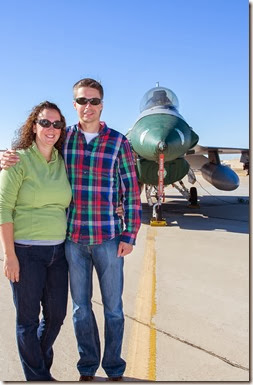 I had helped my friend, Stephanie, take a different squadrons pictures, and she was able to do lots of cool poses, like putting people in the jet, and families up on the wing and kids and dogs (and even a few adults) in the intake of the jet.  I was REALLY hoping we’d be able to do that, but the guy that Mark works with wouldn’t let us do ANY of that, so it was a huge bummer.  Next year, if I do this again, I’ll make sure that I get permission to do those shots.  I asked the guy to get the permission, but he didn’t, so he kind of screwed everyone over in that aspect.  I was pretty annoyed but oh well.  Steph took the pictures of us that I am in, and I took the other ones of Mark and the kids.  Ben was NOT having it at all.  As in, he was screaming almost the entire time we were trying to take pictures.  I was in the middle of taking pictures for other families, so instead of getting frustrated with him, I just said forget it.  Better luck next year hopefully. 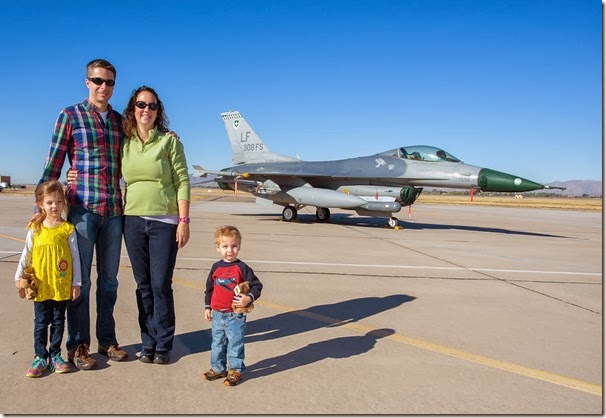 And here are a few of my favorites of families that I took!  If you ever have the opportunity to take jet photos, or any photos really, the end of the day, just after the sun sets gives AMAZING photography opportunities! 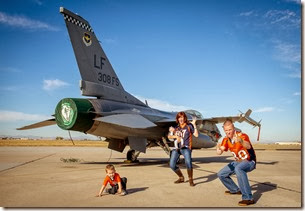 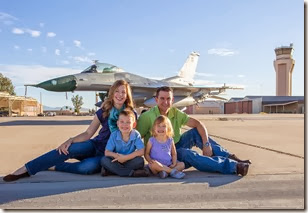 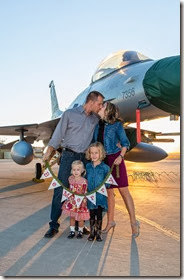 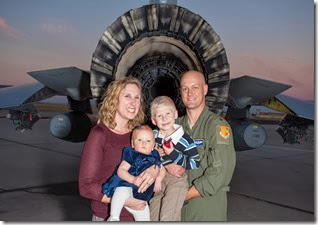 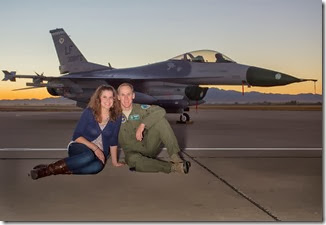 Such a cool jet!  I’m so proud that my husband flies these things.  I have to admit, I think he’s pretty awesome.  =) 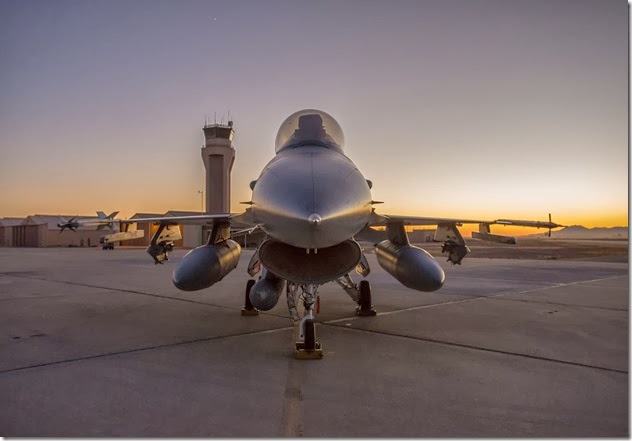 Great photos -- you're so talented, Monica!!