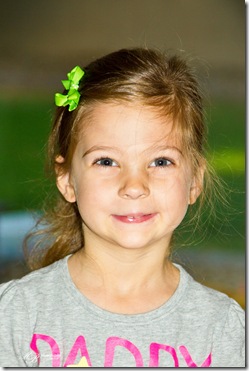 Abbie is only 4 years old, but she looks like she’s at least 6 in these pictures, and most of the time, I guess.  She’s growing up way too fast! 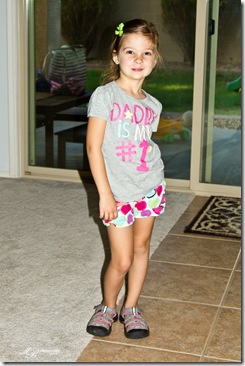 (She posed like that all by herself… Little diva.)  Abbie was more than excited to go to her first day of preschool.  She has always thrived in group settings.  She loves being around other kids and being social and helping, and now when we go to school to drop her off, there are kids running up to her all the time saying hi, and she’s yelling across the parking lot to say hi to her friends and wave to them.  She never had any reservations about walking to class by herself, and in fact, she helped a few kids that did have a few tears the first few days, by taking them by the hand and leading them to their classrooms.  In some ways, she is very independent and I hope she never loses that. 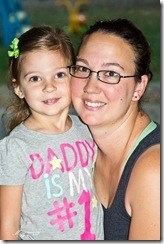 I was the one that had issues watching her walk to her classroom by herself the first day.  Considering how excited I was for her to go back to school to get her out of my hair for a bit, I was pretty surprised when I got a little bit choked up as she walked away.  She was so confident and excited and she didn’t even look back, which is great and what I want, but it’s just a reminder of how quickly she’s growing up. 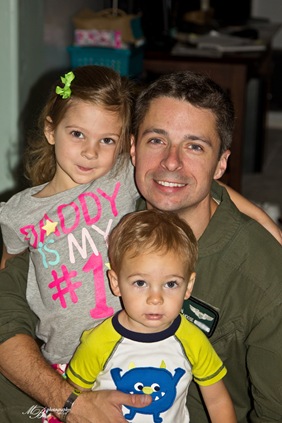 She’s been going to the Montessori school for a month now, and I’m still on the fence about it.  I can see Abbie being kinder to Ben and she’s gaining even more independence, which is great, but I want her to really be working on her writing and recognizing letters and numbers and being well on her way to reading.  When I ask her what she does at school, she said she got a lesson from the teacher about colors.  ….  She’s known her colors for 2 years now.  I wish she’d be getting lessons on more advanced topics.  They also said that we’re not allowed to send juice packs to school in the kids lunches, which kind of annoys me.  I can send little things of milk with the straws, but not the juice packs?  I guess if I pay $650/month and have to pack her lunch for her to go there, I should be able to send whatever I want in her lunch.  And some of the parents there are really uppity, which annoys me.  I’m not sure I really fit in with them, but that’s a small matter if she’s getting a decent education.  We’ll see how this next month goes. 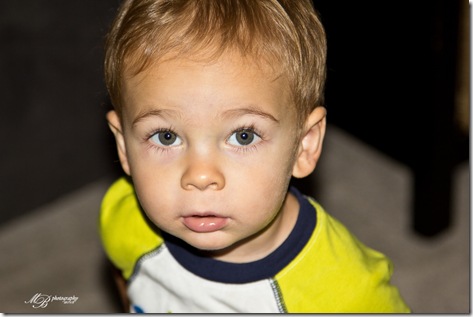 Growing up so fast! And adorable as usual! :)

She does look SO grown up! And seriously, you can't send juice? That's just silly, especially for the price you're paying. Any way to talk to the teachers there and see if they have any plans on teaching more than colors?

She does look SO much older than 4!

I am a little surprised that you have to give them a snack for the price you are paying. But I have heard that Montessori costs a lot more.

I think Wilson is the same way, completely independent, especially when he knows there are other kids to play with.

Hopefully you find at least one friend that you can get a long with well.

I can't wait to talk to you about this stuff in person when we visit! I relate a lot! :)