Not much going on

We’ve been doing well lately, I just haven’t had anything super exciting to post about, which is why I haven’t lately.

Mark’s doing the I-course and he’s pretty busy with that, although this schedule is still better than Italy’s.  Apparently there are a lot of people deploying from Luke, so there’s a very real possibility that he could deploy again while we’re here, but we’ll cross that bridge if/when we get to it.  He’s currently sick and in bed, though.  No fun.

The kids are doing well.  Abbie just loves her school and has lots of fun there.  We enrolled her in the Montessori school for fall though, so she’ll be heading there in August.  We’re planning a trip to Disneyland for September and I’m hoping my parents will join us for that.  She wants to go swimming every single day and we’re going to put her in swimming lessons this year, which reminds me that I need to get her signed up for those.  And her 4th birthday party is this weekend and quite honestly, I completely forgot about it until Monday.  For some reason I was thinking I had another week before her party.  Time gets away from me here.

I’m still trying to get this house together.  I can’t decorate to save my life or find the motivation to actually do what I think of if I manage to think of something.  I know I’d love to print off a bunch of canvas photos that I’ve taken, but going through literally thousands of pictures isn’t fun and I just don’t have time to sit at the computer for hours going through them and then trying to narrow it down to like 5-10??  Right.  It’s going to take a while.

I want to get a Ninja Blender since my current blender doesn’t even blend ice cream for milk shakes without “help”, and I’ve heard great things about the Ninja.  I want to start making fruit smoothies for the kids and myself.  AZ has the perfect weather for smoothies.  We just upgraded our phones to the iPhone 5’s and we like them so far.  And I found a brand new lens on Craigslist that I REALLY want (the 24-105mm f/4L) for $400 off of what it would cost other places, but I’m just not sure if I want to take that money out of savings to get it.  It’s a great deal and I’m not sure I can pass it up, but I don’t know.  I need to start selling my saddle and horse stuff so I can get money for my hobbies that I’m currently doing.  I have an ad on Craigslist now, so hopefully I’ll get a bite or two on it soon.

That’s about it for now.  Life is good.  We’re enjoying AZ (although it’s 103 right now and that’s hot…) and we’re thankful for the opportunity to live here. 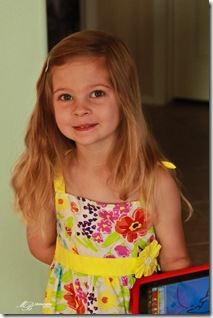 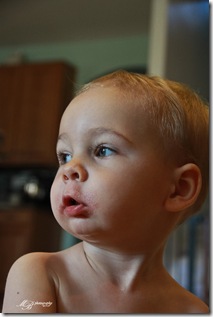 Lenses are a pricey investment, but well worth it for the photographer.

I should use my Rebel more, but I'm content with the pictures it takes. Someday I'd like to take a camera class though!

Wilson is then only a year younger than Abbie. Good luck on getting her little birthday party ready! Just do like me and go to Party City or something! Makes it much easier to go with a theme. Haha!

Hi Monica, it sounds like your life is taming down and you are getting settled in. I'm so glad to hear that you are doing well. Em is just beginning her moving "journey."

They are absolutely adorable.