Updates on the kids 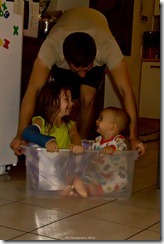 I REALLY wish the picture above was brighter, but the flash didn’t reach that far, so it turned out a bit dim and more editing would just make it super grainy.  But I LOVE the expressions on both of my kids faces.  They were having a grand old time when their daddy was pushing them around in a plastic bin on the kitchen floor.  Here’s a little bit brighter one – same smiles, just not looking at each other. 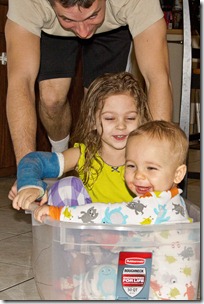 Our little Benj is very quickly losing his “baby-ness” and turning in to a toddler.  I won’t go in to all of the details about it now, but he’s changing daily.  I remember when this happened with Abbie and it’s literally like they change from baby to toddler almost overnight.  At his 1 year appointment they asked me if he was pointing at anything yet, and I said no, because he wasn’t and then logged that as something to potentially worry about later on.  (Any mom can relate that…  It happens when they ask you if your kid is doing something yet and they’re not.)  But like 3 days later, Ben started pointing at things.  And now he points at EVERYTHING.  You can ask him where something is and he’ll point to it.  We just got back from a quick trip to Munich and Abbie always wanted to push the hotel elevator buttons.  Ben saw her do it once and immediately stuck both of his pointer fingers out and leaned over to push a button too.  From then on, every single time we got within 30 feet of the elevator, all of a sudden both of Ben’s pointer fingers would flick out of his coat sleeves and he’d start pointing.  (He had to get both of them ready, he couldn’t just point one finger, had to be both.)  It was cute and you can just see the wheels turning in there now.  He’s really processing what’s going on around him now and he watches Abbie like a hawk and tries to join her or copy her. 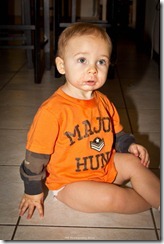 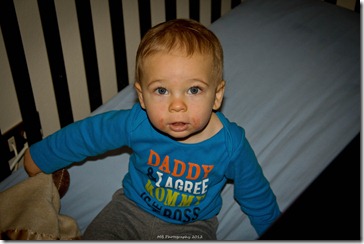 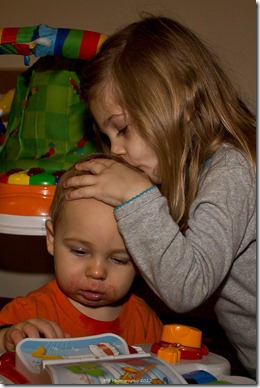 Abbie is a pretty good big sister.  She LOVES to help with Ben.  She wants to help feed him and dress him and help him walk.  She’ll get his paci for him, or give him his bottle, or sing songs to him or “read” him a book or tell him a story.  She has issues sharing her toys with him sometimes, or sharing HIS toys with him, but I suppose that’s a typical 3 year old issue.  Abbie loves to sing.  Some of Ben’s toys play songs and she will play them over and over until she learns them and then she’ll sing along with them every chance she gets.  She LOVES to color and draw and work in her activity books too.  She does that every chance she gets.  Her favorite movie is Tangled and she loves “chla-kat” (chocolate) milk.

Abbie also is finally loving the asilo!  Thank God!  She does fine now when we drop her off and she gets upset when it’s time to go home.  We might try leaving here there for a few full days in January, mainly when the packers/movers are here.  She loves her teachers and she’s making lots of little Italian friends and even learning some Italian.  She is definitely our little social butterfly! 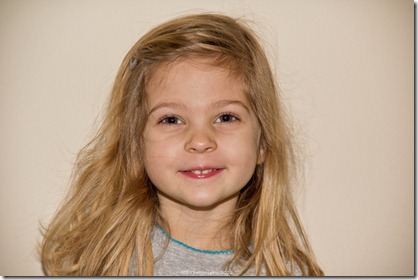 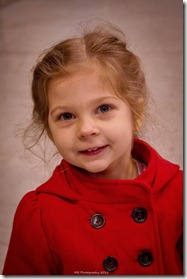 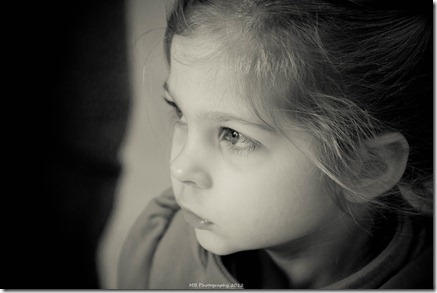