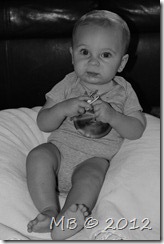 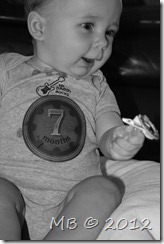 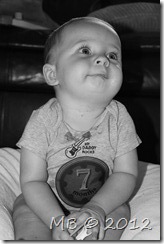 Seven months old already?!  Crazy!!  Little man has started sitting up on his own this month.  I still put the boppy pillow around him for a little support, but he can sit up unsupported by himself for short periods of time before he topples over.  When he’s on his belly he’s pushing himself all the way up, so I wouldn’t be too surprised if he started crawling in the next few months, although I’m not at all ready for that. 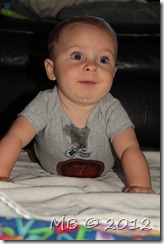 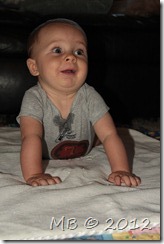 Ben also got two teeth last week!  He got his bottom, front teeth!   He’s been a little bit crabby due to teething I think, and he’s drooling a lot.  He’s also started wrinkling his nose when he grins, which is just too cute! 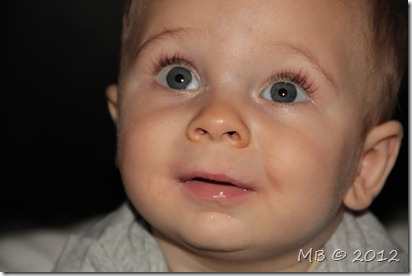 He’s very recently started “talking” a lot.  Mark and I can’t get enough of his little boy voice.  He does a lot of da’s and ba’s and ma’s.  It really, really fun to hear him babble and we just love it.  We’re going to miss that a lot when we’re on our cruise. 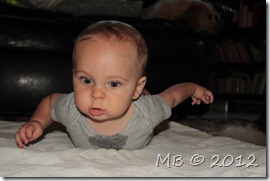 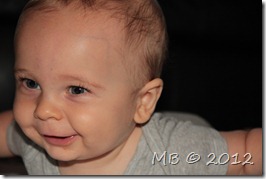 Can’t think of anything else new that he’s doing this month!  He’s such a joyful little guy and he definitely lights up our lives. 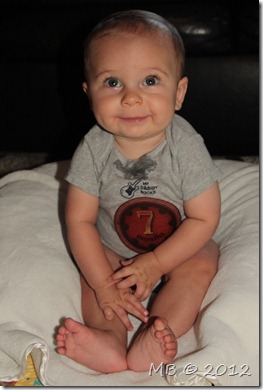 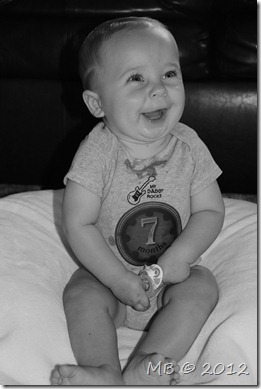 So cute!!! Callie's been doing the same! But I can't believe our babies are 7 months old now!

You have such beautiful children (and they look so much alike in your photos)!