This year to celebrate our anniversary, Mark and I hired a babysitter to watch the kids all day and headed to Venice, Murano and Burano.  Since we only live an hour from Venice, we’ve been there a handful of times, but this was our second time there without kids, and it is a COMPLETELY different experience without them along.  It was just what we needed though, a day to reconnect without being in the parent roles.

We caught the 8:26am train to Venice and it was fantastic just being able to talk and not have to entertain Abbie and Ben the entire train ride, or try to keep Abbie in her seat or pick up countless toys for Ben to keep throwing on the floor.  Mark never ceases to amaze me with his intelligence and I feel like every time we actually get to have a decent conversation together, I learn something (or many things) from him.  He knows so much about things I don’t have a clue about and he’s able to break things down into “idiot talk” for me so I can understand it.  We grabbed a Coke to share and some chocolate croissants (which have a gross orange marmalade type coating on them – but they were our only choice), and headed to Venice. 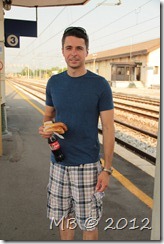 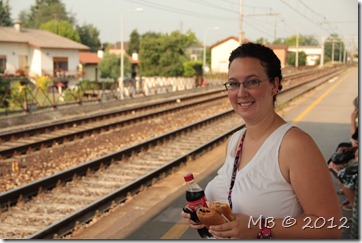 We wanted to go to Murano and Burano, which are to islands close to Venice, so we bought our vaporetto (a Venetian bus basically) tickets and waited in line for quite a while to get on the darn thing.  But it gave me a chance to take a few pictures while we waited and lose a few pounds in water weight… 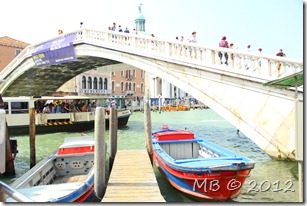 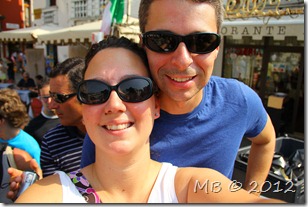 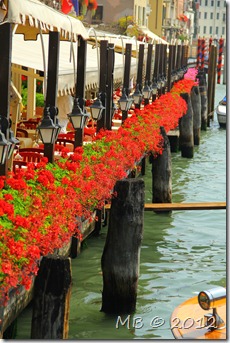 We’d never been down this canal before.  It seemed to be more of a residential area of Venice versus the touristy areas.  All the old ladies had their little rolling grocery bags and they all piled on the vaporetto with those things packed full.  None of them were overflowing though, and none of the ladies were carrying bags, so they much have it down to an art as to knowing how much fits in those things.  I should have taken a picture of one. 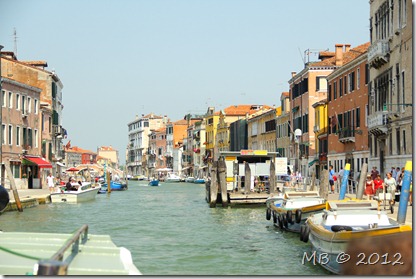 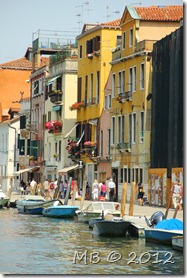 It took about 25 minutes to get to Murano from the St. Lucia train station, including 4-5 stops. 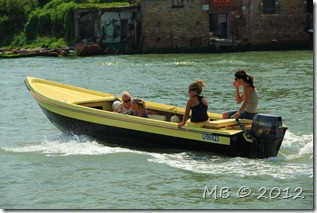 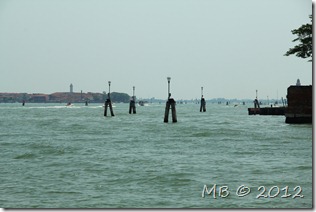 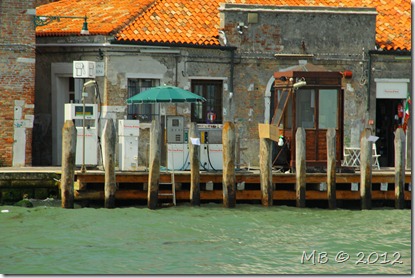 This entire small island is a cemetery. 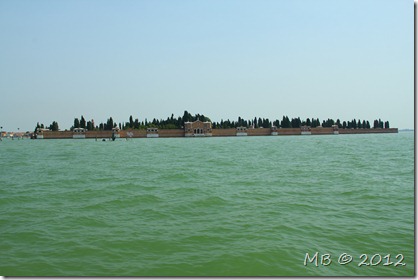 (The posts on Murano and Burano will be separate from this one, so more on those islands later.)

It seems like every single time we’ve gone to San Marco since we’ve been here, there has been some sort of construction going on somewhere.  It’s annoying.  But anyway, Mark and I had dinner at Hard Rock Café (a must for American’s craving a real American burger and FOUNTAIN PEPSI!!!!)  It was good, despite having a warm milkshake…  I’ve never had a warm milkshake, and maybe it was because we were super hot from walking all over the place, but it seemed warm to both of us. 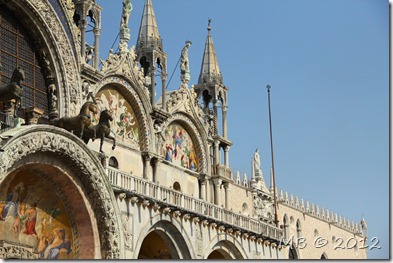 Mark bought me a hat that I’ve been wanting to use on our cruise, and we wandered around enjoying our time together and doing some window shopping.  I love exploring with Mark.  He truly is the perfect companion, and not just for traveling.  He’s so even tempered and able to look at the bigger picture all the time.  He’s kind and he’s smart and he’s patient and he’s hot.  =)  I wrote my parents numerous letters when Mark and I were just friends, before we started dating, and I mentioned many times how much fun I had with him and how I’d never had so much fun with anyone in my life.  Eight years after those letters and I still have more fun with him than anyone else. 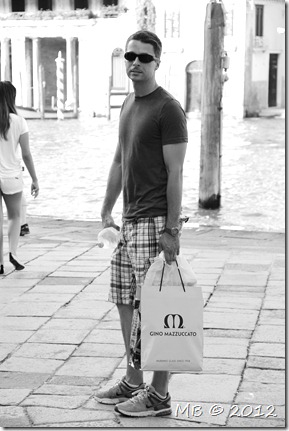 Black and white shots are always my favorite.  I just feel like you notice more about pictures when you’re not distracted by colors.  Here are a few of my favorite shots from our time in Venice. 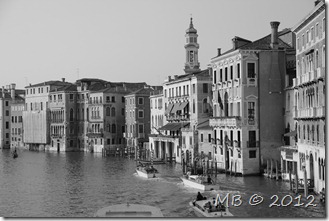 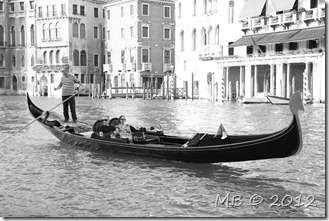 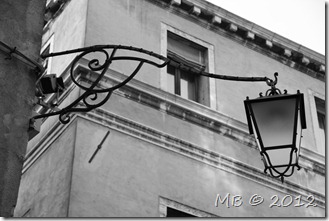 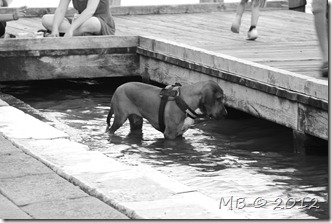 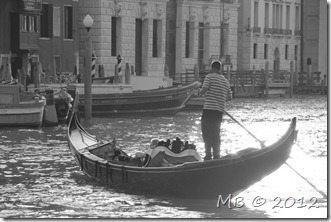 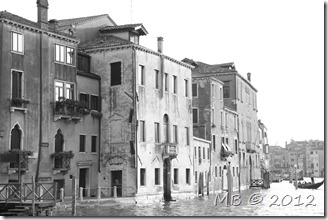 More on Murano and Burano soon!

Happy anniversary! It looks like you guys had a lovely day! I love all your photos. I agree, I think you notice more detail in black & white. I love the one of the dog in the water. And, I love that you went to the Hard Rock for dinner! Although, warm milkshakes sounds.... umm.... interesting. lol