Murano is across the Venetian Lagoon, about 1.5km from Venice.  The island is less than a mile wide and is world famous for it’s glass. 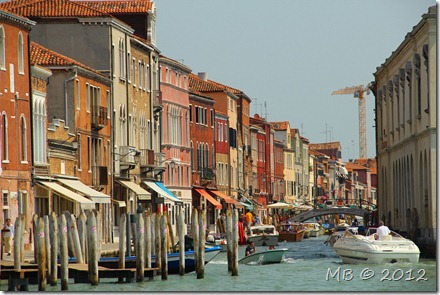 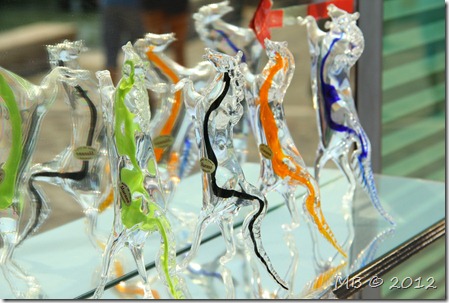 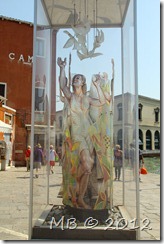 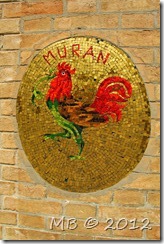 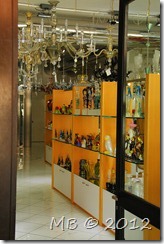 In 1291, all the glassmakers of Venice were forced to move to Murano due to the risk of fires, and they’ve been there ever since.  In the 14th century the glassmakers were allowed to wear swords and were immune to Venetian laws at time.  They soon became some of the most affluent families of Murano.  However, they were forbidden to leave the island and were often hunted down if they tried to leave and take their craft elsewhere. 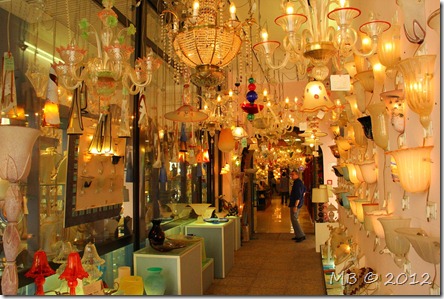 We were able to pay 5Euro per person to watch a glass blowing demonstration and it was really neat to see this lump of glowing stuff on the end of a pole be formed into a vase and a horse figurine. 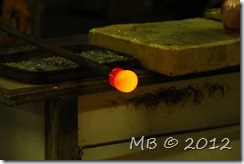 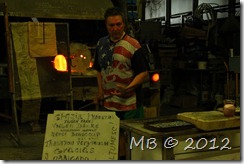 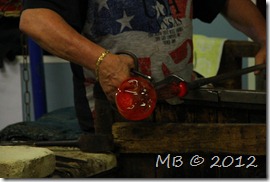 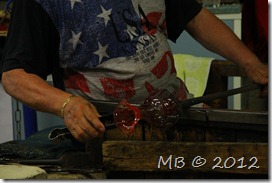 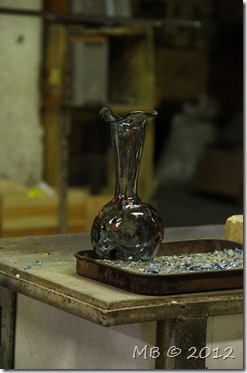 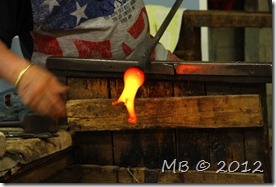 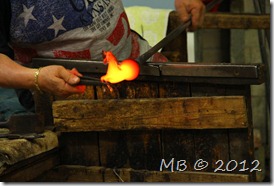 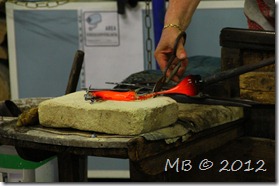 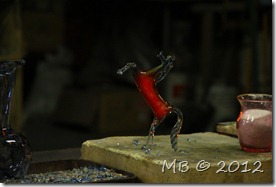 The shops were beautiful and I was very glad we didn’t have the kids with us. 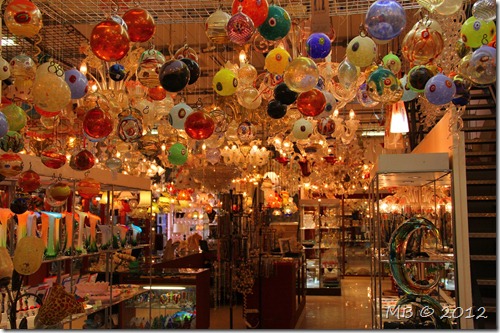 We bought a vase in this shop after some dealing with one of the guys.  We had it narrowed down to 3 different vases and he said we could have our choice for 100E.  I asked him if we could take two of them for 150E and he said, no, he could do it for 180E, but no lower than that.  So we didn’t get the second vase (thank God), we just left with our favorite.  We ended up getting a different vase at a different shop that we liked even better than the 2nd vase we were going to buy.  On our way out of Murano, we stopped into a shop that was further away from the main vaporetto stop and we saw that EXACT same vase that we were going to buy in the first store for 25E!!!  The SAME one!  For 75E less.  I was so annoyed, but at the same time, thankful that we didn’t buy it in the first place. 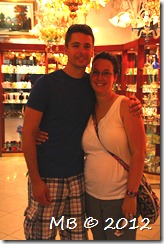 Next we stopped for lunch and split a diavola con cipolla pizza (pepperoni with onions). 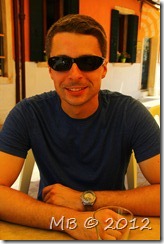 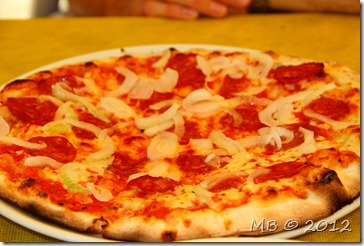 Here’s the guy we bought the second vase from.  He spoke pretty much no English, and we speak pretty much no Italian, so I’m sure a few things got lost in translation, but he said that he made it.  We saw them all over the place though, so I’m not sure if he makes them all or if he was just telling us that…  Either way, we love the vase. 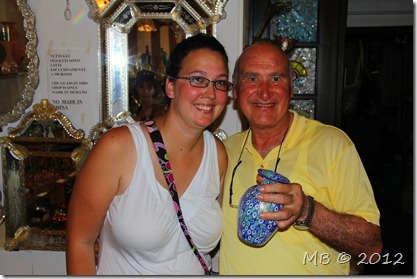 Murano is a pretty little island.  I wish we’d had more time to explore it, but we wanted to get to Burano.  (More on that next!) 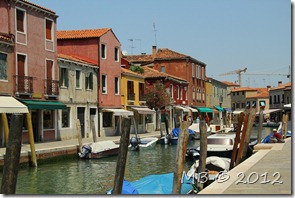 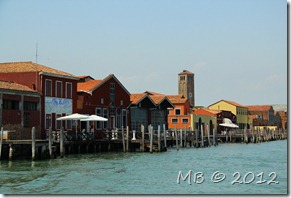 That is so fascinating that all the glassblowers were made to live on this island and hunted down for leaving! Can you imagine if we did that these days?! Very interesting. Gorgeous vase!

Looks very pretty there. I hope we get up there at some point soon. I can't wait to see Northern Italy :)