A weekend in Pensacola 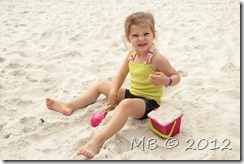 This past weekend we drove down to Pensacola to spend time at the beach.  I was frustrated when trying to find a place to stay since most places were booked and every place by the beach was really expensive.  Most hotels were $200+ per night.  Even when I called them directly and asked if they had a military discount, they were still $200.  Friday morning I finally did the Priceline Negotiator thing and ended up getting us a hotel at the Holiday Inn Resort, right on the beach, for $140/night.  I saved us about $80/night doing that, so I was happy.  The hotel was really nice too and it had a great pool area with a lazy river. 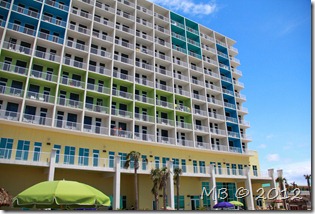 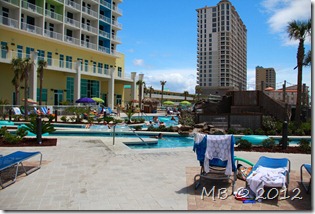 Mark got done with work at 12:30pm on Friday (rough life, I know), so we headed out of town then.  We were on the road by 1:30 by the time I got everything packed and in the car and both kids all ready to go.  No small feat when you’re doing it all yourself and Mark got done with work over an hour earlier than he was anticipating, so I was rather rushed. 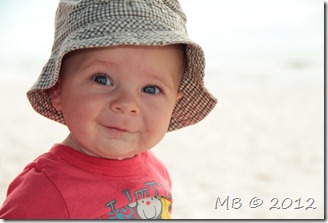 It was only 2.5 hours down to the beach so we got there around 4pm and got all checked in.  We decided to walk down the beach a little bit and eat at Crabs, which is right on the beach.  The walk took 5 times longer than it should have thanks to Abbie wanting to pick up every single shell she saw.  Luckily Crabs had a little jungle gym playground thing so we sat 10 ft away from it at a picnic table to eat while Abbie ran around and played with other kids.  I think every family friendly restaurant should have a kids play area that you can sit right by and watch them play while you eat.  Mark and I could actually talk without being interrupted every third word.  It was great and Abbie had fun too!

(The view from our hotel room.) 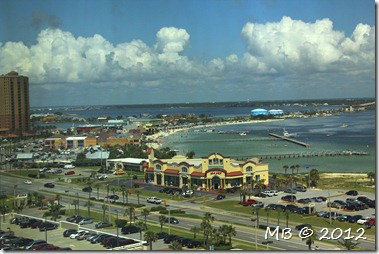 The kids actually both slept great both nights in the hotel.  I’m always a little nervous because our kids aren’t very good sleepers.  Abbie won’t sleep if she can see you and Ben just doesn’t sleep well period.  But Abbie did great once she actually went to sleep and Ben slept for 10 hours both nights!  It was really, really nice.  (Of course, last night he was up at LEAST 15 times…  I don’t know what his deal was…) 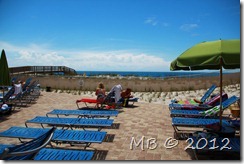 Saturday we decided to head down to the beach for a bit.  The beach was literally right out the back of the hotel.  Just the pool area was in between the hotel and the beach.  We stayed there for maybe an hour.  Abbie and Mark built a sand castle and went in the ocean a bit, and Ben and I chilled out in the shade of an umbrella.  Ben started getting really fussy after a while though.  He was hot and it was his naptime, so we decided to go hang out by the pool instead.  The beach is great, and it’s beautiful, but it’s kind of a pain in the butt with 2 young kids.  Sand gets EVERYWHERE and any time you drop anything it’s covered in sand.  I think I’d prefer the beach without kids, when you can actually relax, but that’s quite a few years down the road. 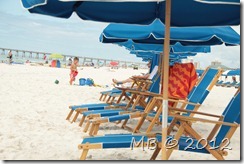 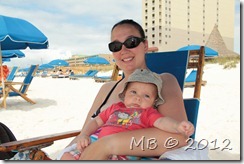 Abbie 100% takes after Mark in her love of water.  She spent all day in the pool and still wasn’t ready to leave when we were.  She absolutely loves it.  And she’s not content staying where she can touch now.  She wants to go where she can “swim”, although she doesn’t know how to yet.  Thank God for the water wings.  I need to get her into swimming lessons. 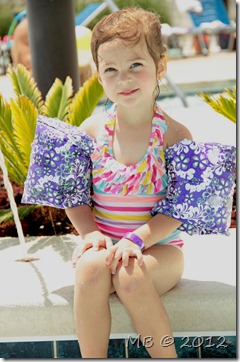 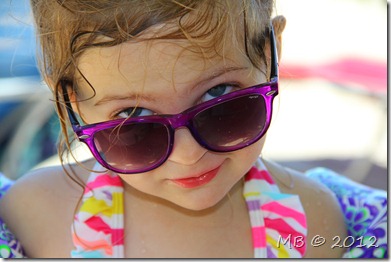 We bought a little floaty thing for Ben.  At first he didn’t like the pool AT ALL.  He screamed.  But after he warmed up to it a little bit and got adjusted to the water temp, we put him in the floaty.  He wasn’t too sure about it at first, and then he fell asleep.  No joke.  He was down for the count, except I got him out of it and took him back to a lawn chair to nap.  In the picture on the right below, he’s asleep. 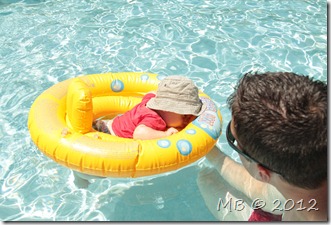 Saturday night we went to dinner at the Tuscan Oven with our friends, Amber and Joe.  I worked with Amber when we lived in Pensacola and we’ve kept in touch over the years since then.  Mark and I used to love eating at the Tuscan Oven and it didn’t disappoint this time either. 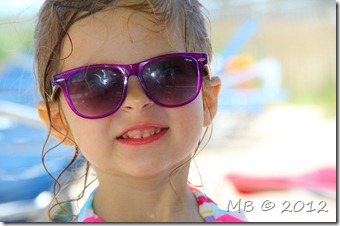 (I love this picture of my husband!) 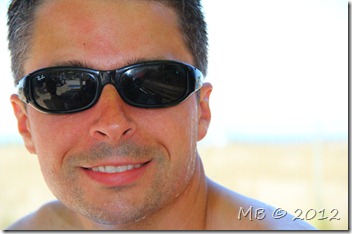 Sunday we ate breakfast and checked out of the hotel.  We decided to head to the beach one more time to get pictures.  Here are a few of my favorites. 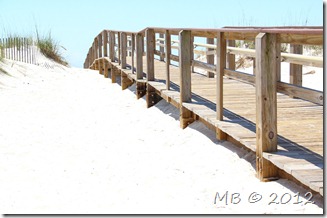 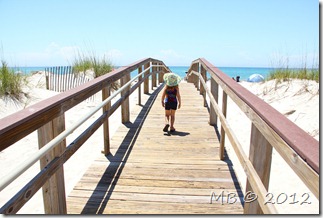 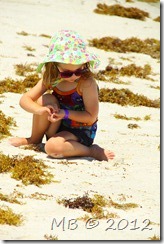 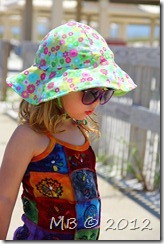 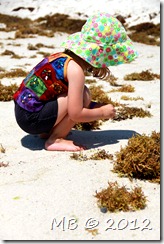 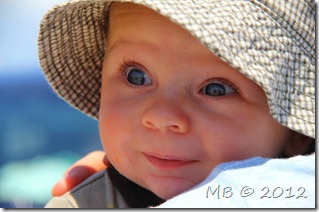 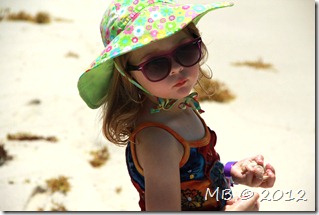 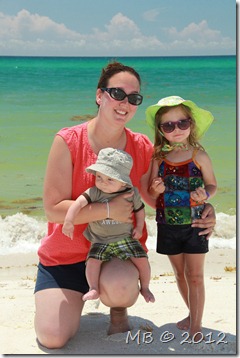 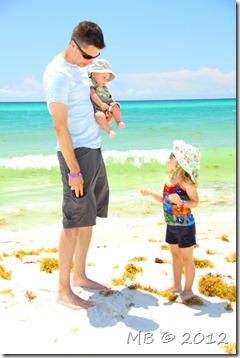 (Ben’s first time in the ocean.) 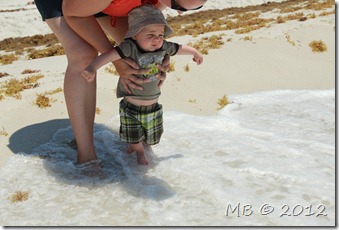 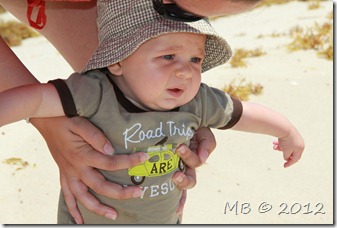 Lastly, we met another friend that I worked with in Fort Walton Beach at McGuire’s for lunch.  It was great to see Tanya, especially since she’s due with her first child at the end of this month! Overall, it was a great weekend.  Abbie is already asking when we’re going to go back to the beach to go swimming.  Good thing we only live about 45 mins from the beach in Italy!  Looks like we’ll be headed there a few times this summer so she can get her beach fix!

Monica, Abby is so grown up and beautiful in these pictures!! Looks like y'all had a great beach trip!

ps- I may need you to give me blog lessons...mine could use some help :o)