Our time in Montgomery 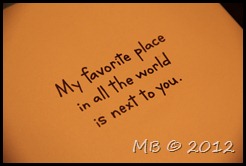 Our time together in the States has been priceless.  We’ve gotten to spend more time as a family in the past 6 weeks than we have in the past year combined.  It is so nice to have Mark home before 5pm every. single. night. and to be able to meet him for lunch 2-4 times a week because he has 1.5 – 2 hours for lunch.  He’s not constantly stressed out by work, or feeling guilty that he’s not at work when he’s home with us.  It has just been really, really nice and I’m sad that we only have a few weeks left in the States.  I think going back to Italy is going to be a rough transition for us all.  We’ve gotten accustomed to Mark working 3-6 hour days so going back to the 12-14 hour days is going to be hard on all of us.

Besides all the time we’ve been able to spend together, just being back in the States has been really nice.  The convenience of everything here is something I don’t think I’ll ever take for granted again.  I could go out and buy anything I could ever wish for within a 20 mile radius of where I live.  Businesses don’t close on random days at random hours.  There’s every type of food imaginable available, along with FAST food, which is basically non-existent in Italy, with the exception of a few McDonald’s and Burger Kings.  Restaurants are kid friendly and have changing tables and kids menu's and high chairs.  (Nine times out of 10 that doesn’t happen in Italy, and more than once we’ve gone to restaurants where their toilet is a hole in the ground – literally.)  I can listen to the radio and it’s all in English and there are a variety of genre’s to listen to, and they’re all in English.  I don’t have to download TV shows or wait for them to buffer to watch them.  We’re in the same time zone as our parents and the majority of our families.  I can watch HGTV and the Food Network as much as I want!!  It doesn’t take 3 hours to do one load of laundry.

However, the apartment we’re staying at here in Montgomery is HORRIBLE.  It has been the one downfall to our time in the States.  We’re staying at Azalea Hill Apartments in Montgomery, and we’ve had one thing after another go wrong with this place.  From the carpet being FILTHY, and them refusing to replace it, to the appliances all being from the 1970’s (no joke), to the washing machine leaking, to the water heater in the apartment above ours breaking and flooding part of our apartment, to our air conditioner breaking… twice, to the beds being so old and making so much noise when you move on them that it wakes up Ben every. single. time…  It’s just not been fun.  And it says a lot about a place when we can go out of town for the weekend and stay in a hotel and Ben slept 10 hours straight both nights.  This place just sucks and I’m excited to get out of here.  It is nice because it’s so small and there’s not much stuff in it so it’s super easy to clean.

We have two weeks left in Montgomery before we head up to IL for a bit to visit our families and then we head back to Italy.  I really miss my weina dogs and not being woken up 3 – 10 times a night, so I’m looking forward to getting home and putting Ben in his own room so we all sleep better!! 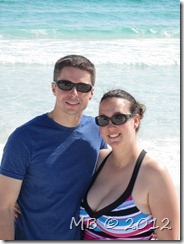 So glad you guys are getting this small break! It sounds wonderful to have your hubby around that much!

I still haven't transitioned Callie to the crib. But she's still not really sleeping through the night. :(
I'll have one night she sleeps through and the next she's up 2 or 3 times!

That sounds awful.. and kind of like what is happening at my nice apartment here in KC. Except not near as bad.. and mine is more than likely happening because my husband is deployed!

I am so glad that you got a chance to have this visit though. And honestly, I can't imagine leaving the states. Period.