A walk up the hill

There is a large hill behind our house.  Mark has run all the way up it in the past (there is a small trail), and he discovered there’s a tiny church at the very top called Col di San Martino.  Last weekend we decided to check it out (although we drove most of the way up on a different road).

(A view of our little town on the way up the hill.) 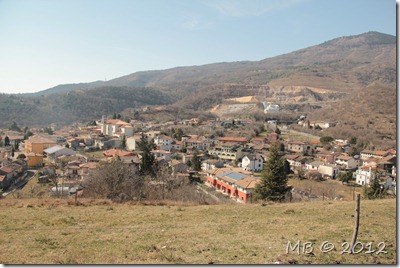 The walk up to the top was pretty steep, but we tested out the BOB on non-paved ground for the first time and I’m in love with that stroller.  It really is great! 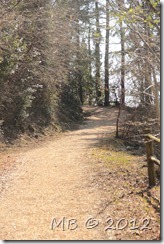 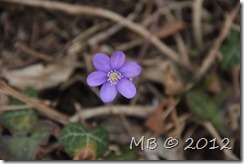 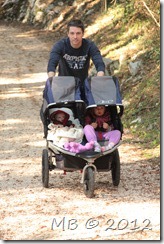 The views from the top were really pretty.  Unfortunately it was kind of hazy so the pictures didn’t turn out the best. 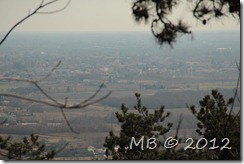 I have no clue how old the little church is, but it was really neat to see.  I wonder how long it took someone to rearrange all those rocks.  I think they might hold a festival up there once a year. 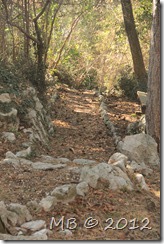 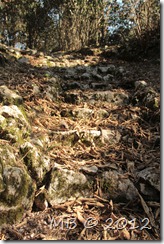 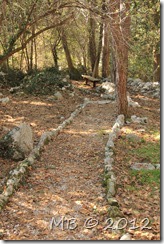 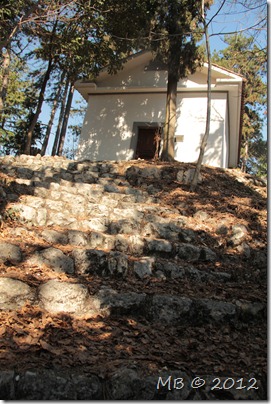 Abbie had a great time hauling her pony all over the place.  Like most 2 year olds, she loves to run around. 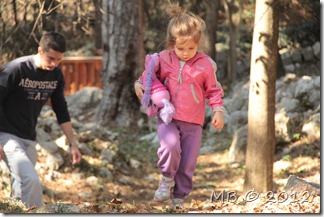 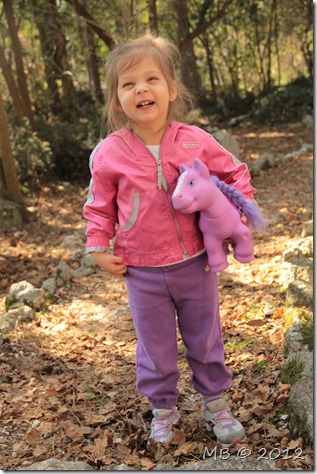 Ben chilled in the stroller while we explored and I took pictures. 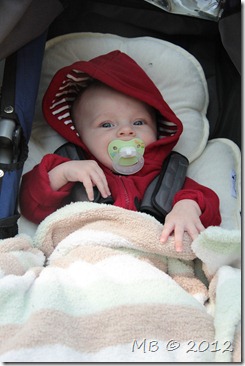 (This ivy was EVERYWHERE!  It covered everything.) 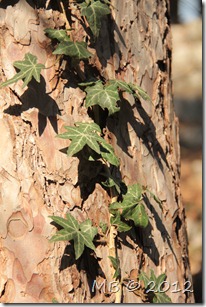 (Abbie and her pony taking a quick break.) It was a lot more fun walking back down the hill, than it was walking up it.  We hung on tight to the stroller because that thing would have taken off and Ben would have been in for the ride of his life. 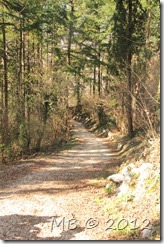 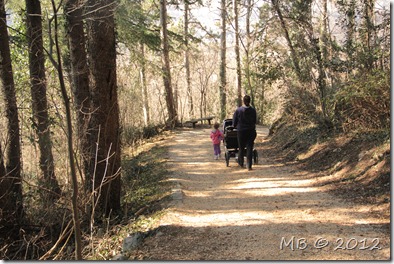 It was such a pretty day.  I can’t get enough of Italy in the spring.  We’re excited to explore more of our area once we get back from the States.  (And no, the stroller isn’t half as big as the SUV, it just looks that way…) 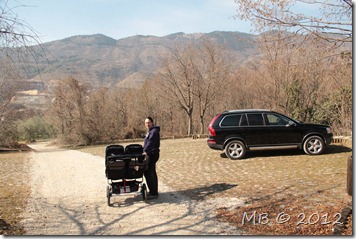 Apparently the pony wanted to look out the window on the way home.  Luckily Abbie didn’t drop her. 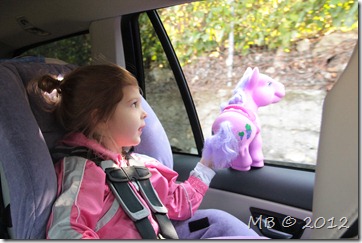 More views of the countryside.  I’ll miss living by the mountains when we move.  They are gorgeous. 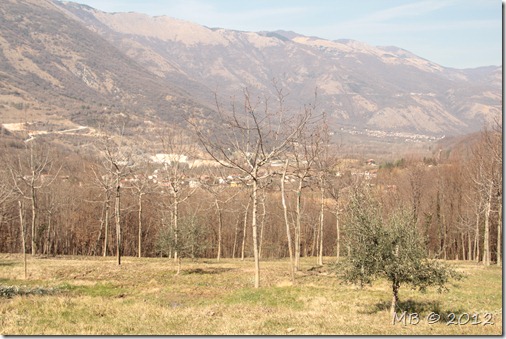