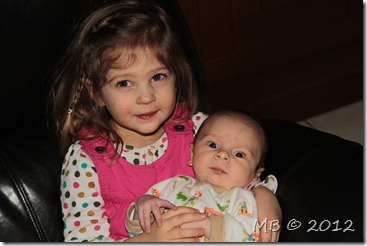 We found out last month that Mark has to go to SOS (squadron officer school) towards the end of March for two months.  We were really hoping that he would get to go en route to our next base, meaning he’d go in between moving from this base to our next base, but I guess the Air Force had other plans, as they usually do.  The kicker for this is that if he went en route, the AF would pay for the kids and me to go, but since that’s not the case, they won’t.
Mark’s schedule here in Italy is VERY busy.  Aviano is just a really busy base, in general.  Normally Mark works 12 hour days – that’s pretty much the average.  It’s a good day if he gets to come home after 10 hours.  So we don’t get to see him a ton.  Now he’s going through the FLUG (flight lead upgrade), which means he’s even more busy than he normally is with studying, taking tests, preparing for and doing check rides (flights that he’s graded on), etc.  They’re trying to get him through this before he goes to SOS, so he’s going to be extremely busy between now and then.  Plus they have exercises going on, so he’ll be working weekends occasionally also, in addition to studying on weekends at home and on base.  Basically, it’s going to suck.  And then he’s going to leave for two months.  Yay.
The stupid thing about SOS is that they just combined a course that you have to take when you first join the AF with SOS, which made SOS 2 weeks longer.  Mark took that other course (ASBC) already, and he’s also already did SOS online – he’s done all the reading and taken the tests, but the AF has this 100% capacity rule now that they have to fill these courses 100%.  While Mark is at SOS, he’ll pretty much work a 9-5 job, with an hour lunch break every day and all weekends off.
Mark and I have been toying with the idea of the kids and I going back to the States with him since we found out he’s going, and I think this week we decided that we would all go back to the States.  The huge downfall to that is that we’ll be paying 2 months rent on a furnished place, which is going to be about $2000/month, plus paying for a rental car, along with still paying our rent back in Italy.  So it’s going to be really expensive, but really that’s the only downfall.  We had to decide if the money was more important to us, or getting to spend that time together, and we decided that the time together is invaluable.  The military lifestyle takes him away from us a lot, and while we have this chance to actually spend two full months with him (IN THE STATES!!!! and not working 12 hour days), we should take it.  I found decently priced airfare (under $700 r/t), so I think we’re going to pull the trigger on this and get it.
Thinking about going to Alabama is bringing back a lot of memories for me.  Mark and I started officially dating right before he commissioned into the AF and he immediately left for ASBC in Alabama after he commissioned.  I got a wild hair one night while he was down there and decided to drive from Milwaukee to Montgomery to see Mark, so I packed up my little Jetta and left WI at 10pm, drove straight through the night and got to Maxwell AFB in AL around 10am the next morning.  We took a little trip down to Destin and went jet skiing and ate at The Crab Trap and had a good time.  Seven (7?!?!?!!!) years later, with our two kids, we’re going back.  I’m so excited to get to spend that time with Mark and have him not miss Ben’s 3rd – 5th months.  I think my parents are going to come down for a week or so to visit us while we’re there also, and meet Ben, and we’re going to try to tack on a week of leave after SOS is over so we can go up to IL and introduce Ben to the rest of our families and friends.
It’ll be a lot of planning and preparing and packing (again, but I’m a pro at that now), but I am so excited that we get to go back with him!

I completely understand you wanting to go back with him. I would too! luckily J went last Jan/Feb before M was born and it was still 6 weeks long. Hope you guys get to spend lots of family time together!

What about the furbabies?

Sounds like John and Mark will be in the same SOS class. He goes like March 26th i think? We will not go down the entire time with him but will most likely visit some. He said the rooms they get have 2 separate rooms so i think it will work for us for the short term. We also started our AF relationship at ASBC. Well it was actually our ASBC/Honeymoon time! haha. Maybe we will see each other in Alabama! Good luck with the choice! :)

Sounds like you made the right choice :). It's hard when your loved one is gone so much - you really just want to do what you can to maximize your time. Money well spent!!!

I would absolutely do it. Several times in the younger years we had opportunities to either accompany or go visit Hubs on TDYs. We did, even when it meant long drives, flights, car rentals, etc. I never did regret one penny spent.

One TDY weekend (Hubs was at Keesler), we even made an impromptu trip to Disney. It was awesome!

Do it! There is not much to do there in Montgomery besides shopping, but it won't be hot there. Plus, you get to see him every night. The downside is that the rooms are VERY small(you should stay in the rooms with him), but it does have a kitchen. I had a friend that took her 3 children with her when her Hubby went and she did fine. GO! That would be a long 8 weeks without him.

This sounds so exciting for y'all! We would totally spend the money too. P.S. Cute romantic story and I am jealous you've been to Destin. I've heard it is BEAUTIFUL.

I think you are making the right choice! Plus I am excited because you won't be that far from me and we can have a baby/toddler free for all visit. ;)