The month has turned out to be pretty busy for me, which is a good thing.  I like being busy and having some place to be every day.  It keeps me focused and gives me something to look forward to.  It’s just a lot more challenging to get out of the house with a newborn and a 2.5 year old in tow, but I’m figuring out our morning routine. 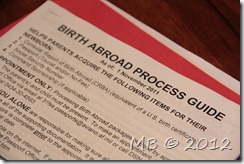 One of the things I have coming up next week is an appointment to get all of Ben’s paperwork done.  The base here tends to make things as complicated as humanly possible for just about EVERYTHING, and getting Ben registered is no exception.  We have his Italian birth certificate (which must be hand typed or something because they gave us 3 copies of it and every single one of them has the certificate number cut off of it….), but we still need to get his US birth certificate, social security card, tourist passport, no fee passport, visa and get him added to our soggiorno.  So you have to make this appointment on base, but they only do them M, W, and F and then they only have 3 appointments per day that you can come in to complete the paperwork.  And conveniently the entire office is closed between 11am and 1pm, when most other people on base would be available.  I swear this base purposefully tries to make things complicated and as inconvenient as possible.  Oh, and here’s a picture of part of the list of things we need to have together for this appointment… 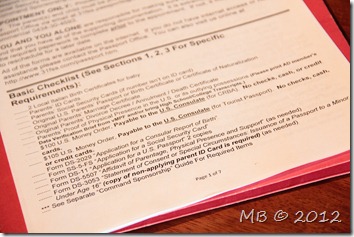 Mark is leaving soon and I’m going to be on my own with the kiddos.  It’ll be a pretty big learning curve for me trying to handle the evenings by myself.  That’s what I’m most nervous about.  I’ll have to figure out how to make dinner and feed Abbie, while keeping Ben content.  Normally he’s pretty fussy in the evenings.  And when Mark is here, he usually gives Abbie a bath and gets her ready for bed and reads her books and then we both tuck her in.  Obviously I’ll have to do all of that myself and pray that Ben isn’t screaming his head off the whole time.  Abbie has a REALLY bad habit of wanting “just one more kiss” like 6 times a night and I don’t know how I’m going to deal with that because when I put her in bed, I’m going to be more than ready for a break from at least one kid, since Ben still doesn’t sleep worth a crap at night so I’ll have to deal with him all night.  Although, they do say things start improving around 6 weeks, so maybe I’ll get lucky and that will ring true, because Ben will be 6 weeks old next week.  I think I’ll be fine after I have the first few days under my belt, it’s just the anticipation of the unknown. 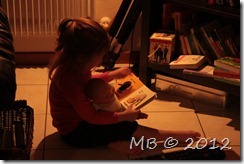 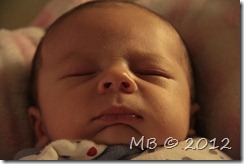 My friends here are throwing a baby shower for Ben tomorrow so I’m pretty excited about that.  Three of my friends have been planning it so I’m excited to see everyone and see what they have planned.  Abbie is going to stay home with Mark, so hopefully they’ll have fun also.

Time to go get something else done while Ben is sleeping and Abbie is at the sitters!

I don't know if there is a method to actually preserving fondant- but for my wedding shower cake there was a fondant basset hound on it- i still have it, almost 4 yrs later and i didn't do anything to preserve it other than sit it on a shelf-- and it looks the same as it did that day!! I even dust it sometimes :) lol. So i think u can probably keep the cake characters if u want- at least fora while!!