So I’ve been keeping my head above water with both kids on my own for the first time.  It hasn’t always been pretty, and it’s definitely not easy, but we’re getting through it.  The fact is, that this single parent kid-raising thing is helluva hard.  And I have a hard time not being bitter about the situation I’ve been put in at times.  It doesn’t mean I’m not grateful for everything I have, and that I’m not thankful for my husband’s job, but this is tough. 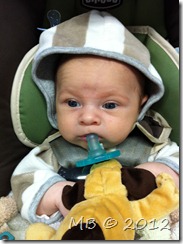 Ben is a pretty fussy baby.  I would say that at least 70% or more of the time he’s awake and not nursing, he’s crying.  Abbie cried a lot also, but it is absolutely exhausting to try to take care of Abbie and also deal with Ben’s incessant crying when I know I’m never going to get a break and just be able to pass him off to Mark for a few minutes so I can regroup.  He’s my responsibility all the time, and it’s extremely frustrating when I’ve fed him, changed him, rocked him, swaddled him and done everything else I can think of to get him to stop crying, and he still is.  It makes me start to think something’s wrong with him, even though I know that’s my over-active imagination.  When he’s crying, a lot of times he arches his back and throws his head back to scream, so I googled that.  Big mistake.  The two things that came up were autism and cerebral palsy.  So I worried about that for a good 48 hours, but I’m pretty much over it now.  His crying is subsiding a little bit, and I’ve read that the peak of their crying is around 6 weeks and it’s usually a lot better by 8 weeks.  (He’ll be 7 weeks tomorrow.) 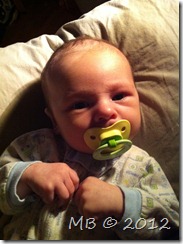 Abbie has been VERY hard to deal with.  Her favorite word, and first reaction to ANYTHING I ask her to do is “NO!”.  It is beyond frustrating and half the time I just want to smack the snot out of her, which is flowing abundantly now as it is.  She is an incredibly strong-willed child, and I’ve gone more than one round with her about showing her who’s boss. (No, I don’t hit her.)  It took me a good 45 mins to get her to pick up her markers she had thrown all over the living room the other day.  I would tell her she could go into time out or pick up her markers and she chose the time out more often than not.  She can be absolutely infuriating at times, and it’s hard to like her when she acts like that.  I go between feeling sorry for her that her dad is gone and that she’s not the only one receiving my attention anymore, and just wishing she would behave and do what I ask and entertain herself for more than 5 seconds quite a bit. 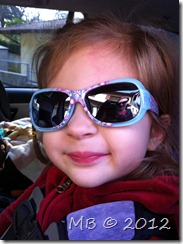 Mark’s schedule, as it almost always is when he is gone, is much more free that it is when he’s home.  So he’s been going out to dinner every night with his co-workers/friends and going go-karting and going to bars, etc.  I’ll admit, I’m extremely jealous, especially when I talk to him when he’s on his way out the door to go have dinner with friends, while I’m dealing with a screaming baby and fighting my 2 year old to eat any dinner, all while going on not much sleep since I was up with Ben eight times during the night. 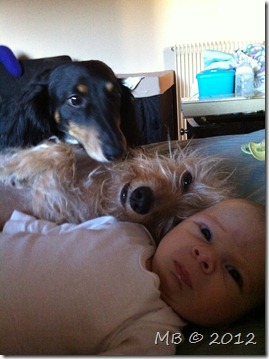 Thank God I have amazing friends over here.  My friend, Jessica, brought dinner over on Monday, and held Ben for me and kept an eye on Abbie so I could take a quick shower.  It was so nice to have her company and her food was great!  And Cassy came over last night and brought part of dinner for us and again watched the kids while I took a quick shower and kept me company.  I really, really appreciate their help.  Tonight I’m going to dinner with Jennifer and we also have plans tomorrow, so I’m trying to keep busy to make the time Mark is gone fly by.

Sorry I haven’t been blogging much lately.  I have a lot I want to say, but I just don’t have the time to get on the computer.  Hopefully when Ben is a little less fussy and I can put him down for more than 3 minutes without him screaming, I’ll be able to write much more often.  I  miss it!!

I'm right there with you! It's hard being trapped at home with two babies while my husband gets to hang out at work and get to go to lunch with friends everyday.

My lil one is finally starting to be less fussy but I felt the same way as you with Ben. I was like "there is something wrong with my baby!!"

we will get through it somehow!

Both of our kids are very close in age ((your two & my two)) and J is getting ready to leave for 9mos. Bug, Our older daughter - 2yrs ((and we have an 11wk old girl)) is SUCH a Daddy's girl. I don't even want to think about how it will be when he leaves. And her new favorite saying is, "I'm not sure." To EVERYTHING!!I have been reading your blog for awhile and I think you are doing great!! As with everything, This too shall pass.

I won't lie, I got PISSED a couple of months ago when John called from his TDY (he had been gone 7 of the last 12 months) saying he was going to grab a buffet for dinner and then catch a movie. I was ANGRY!!! Where is MY time for this???? I know that I too choose this life, but it is so hard at times. I can only imagine how i will feel when I have two little boys running around. John is set to leave when the new baby is only a couple of months old. I may be a disaster! Hang in there. And thanks for not sugar coating it! Those blogs make me want to jab a pen in my eye!

Phew, Monica. Hang in there. I know it's tough.

And have you tried wearing Ben more as you go through the day-to-day? It might make him a little more quiet/content and then you would be in a better space to parent Abby without "scream-y" distracting you in the background.

Good luck with all of that! I can't even imagine.

Jeff had to go away for work for a week or so in November when I had pneumonia and the kids to deal with. It was terrible. I wish I were there to give you a hug, cook you some dinner and have my kid occupy your kid.

I feel for you and Im sending you virtual hugs. It's been incredibly difficult handling TDYs with just our one child. I cant imagine doing it with two. J left for 8 days when M was just 5 weeks old and in the throws of colic. Ugh. I cant believe I made it through that. People always say that this too shall pass and it's true, though it doesnt help much during the moment. Could Ben have reflux? M was screamy 80% of the time early on, but after we started her on Zantac, she went down to about 50%. Now, at 4 months, she's bloomed and is fussy only maybe 20% of the time, if that most days.

I hope he comes home soon!