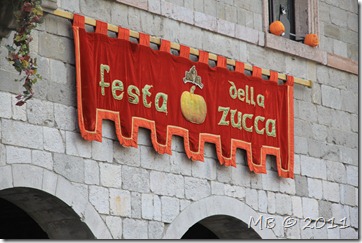 Mark and I had been hearing about the Venzone Pumpkin Festival from a bunch of different people so we decided to go check it out.  The entire trip was pretty much a bust, but we still had a good time, even if we won’t be going back.  We got caught in traffic for over an hour going there AND coming back, so we picked a perfectly bad time to go. 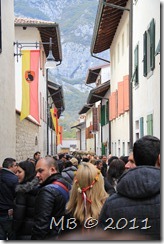 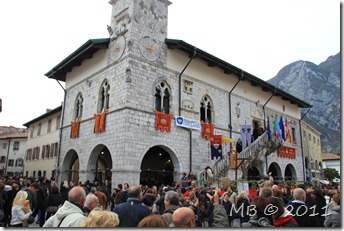 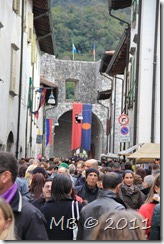 Tiny Italian towns, like Venzone, are not built for massive crowds of people.  The entire town was so full you could barely walk around.  The main draw of this festival is to try the various foods made with pumpkins.  Mark and I made the mistake of thinking we’d be able to get Euros out of an ATM in Venzone.  The town had 2 and both of them were out of money around.  Luckily we ran into friends from the squadron who loaned us 30E so we could get food.  However, the parade came through just as we were going to find a place to eat, so we ended up just leaving because we were tired of fighting the crowds. 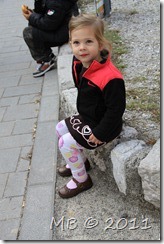 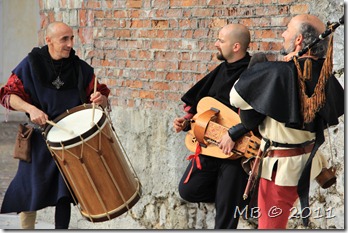 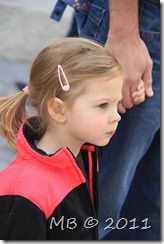 I had fun taking pictures of Abbie though, as usual.  She’s at a fun age to take to things like this because she asks questions and is so interested in what she sees.  It’s fun to watch her take it all in. 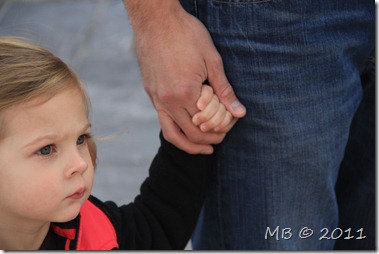 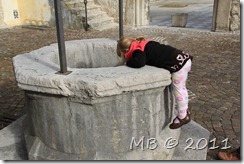 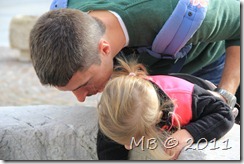 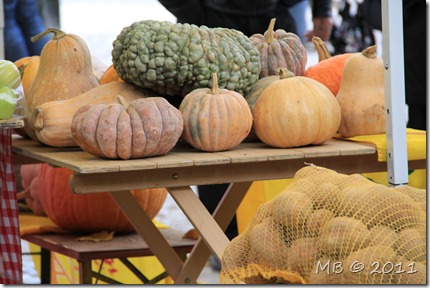 I don’t quite understand the purpose of the procession, but it was kind of neat to watch everyone in costumes go by, for the first 10 mins.  About 25 mins of trying to get out of the town, away from the crowds, going against the parade, it got a little bit old, especially since we were carrying Abbie so she didn’t get trampled.  (Most of the alleys were MUCH smaller than the one pictured below, and people were lined along both sides of them.) 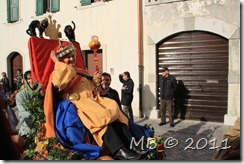 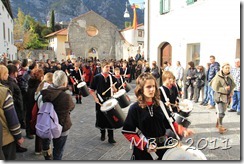 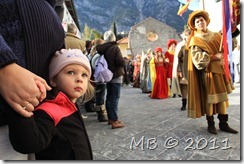 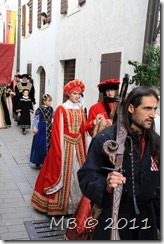 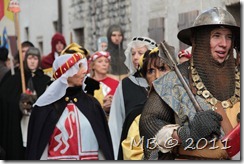 Our GPS took us some crazy way home and Mark and I were worried it was going to take us on this crazy mountain road that it’d taken us on before, but luckily it wasn’t the same one.  Similar, but not NEARLY as long, thank God.  We were trying to figure out where we were and where the GPS was taking us and Abbie was in the back seat asking, “Where are we going?”, “What are we doing?”, “Are you going to turn up there?”, “Go that way.”, etc.  She’s quite the little back seat driver, for sure. 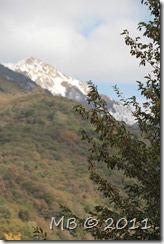 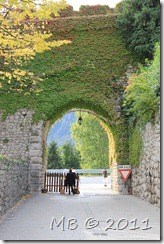 I’m glad we went, so we can say we’ve been there and done that, and we know what the hype is about.  It was fun even if it didn’t turn out exactly as we were expecting.  Next time we’ll make sure we have Euros on us!