I had heard that sometimes families have a rough time with reintegration when military members come home from deployments.  I wasn’t too concerned about having issues, but it was in the back of my mind a little bit before Mark came home. 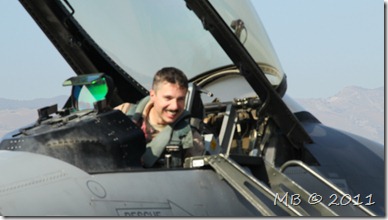 Mark is an outstanding daddy.  He is very involved in Abbie’s daily routine when he’s around and he is her favorite playmate.  No one makes Abbie laugh like Mark does.  I wasn’t worried about Mark falling back into our routine, but I was a little worried with how Abbie would handle Mark. 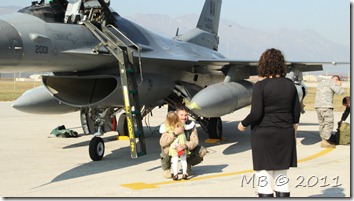 Abbie quickly took to Mark again and even before he could get out of his uniform, she was dragging him all over the place.  I almost immediately took second fiddle and she wanted Mark to do everything for her, which was perfectly fine with me.  (Unfortunately, almost 2 weeks later, that’s not still the case.) 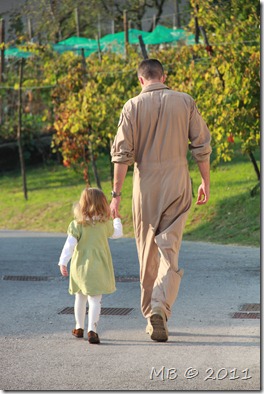 Abbie, in typical 2 year old fashion, has been testing the limits with Mark.  I’m proud of him because he didn’t let her completely over run him like I thought she would.  Abbie is a VERY strong willed kiddo, and that combined with how smart she is makes her tough to deal with at times.  But Mark didn’t let her get away with much, so she’s learning that she’s not going to get away with murder with daddy.  I would tell Abbie she couldn’t do something and she would immediately go ask Mark if she could do it.  Mark would always agree with me though, so she’s figured out now that we’re a united front and if one of us says no, we’re both going to say no. 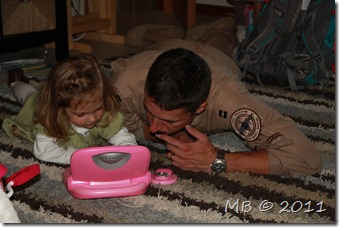 I think when you’ve been away from someone for over half a year, you always kind of wonder what it’s going to be like when you’re with them again, especially when that “someone” is your husband.  It’s hard, at times, to maintain that bond when you live on different continents and he’s fighting a war.  But it truly was like he’d never left almost immediately.  For a while, I couldn’t believe he was actually home, within my reach, and I just wanted to sit there and stare at him.  Sometimes I still can’t believe it. 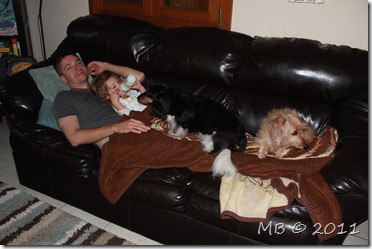 Mark has changed though.  He has a confidence about him now, that he didn’t have when he left.  He’s still the modest, kind and gentle man I married, but he carries himself differently now.  I think him going to war and doing the missions they did over there gave him more of a purpose at work.  He actually got to put to use all those hours he’s spent training in the jet.  I noticed almost immediately that he now refers to the F-16 as “my jet” instead of “the jet” like he used to.  He’s said he’s much more comfortable in the jet and flying it is second nature for him now, which is bound to happen when you fly as much as he did over there.  I don’t think he was ‘unconfident’ before he left, but he is definitely a little more forward now, which I like. 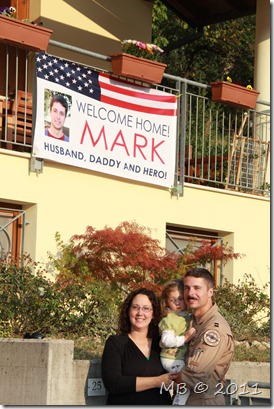 I’m so proud of Mark, and all the guys he deployed with.  I couldn’t imagine having to be away from your entire family for as long as they were away, and I have the deepest respect for those that endure deployments that were longer than Mark’s.  Hopefully it’ll be a while before we have to go through another deployment.

I'm so glad things have gone smoothly, although I didn't have any doubts they would. Now it's just time for baby! :) It's awesome that Mark came back with a new confidence about him. But, I also hope you guys don't have to do it again fr a long time!

ah deployment mustaches. gotta love them. but yes reintegration is SO hard. our first deployment was r-o-u-g-h... but trying to resume normal life was even harder. it was wayyy easier our second deployment all the way around. but still... being apart from your husband is the absolute worst part of this job as a military wife. i am so excited i found your blog. and i am now officially following you even though i thought i hit that button last week!!! eeek! i am behind!

Yay! Im so happy for you guys! So happy he's home. Its good to hear that you two are a united front with Abbie. We plan on doing the same.