Today we took Abbie to The Butterfly Palace in Branson.  It was really neat and she loved telling her daddy how a butterfly tickled her arm when it flew past her.  (It actually tried to land on her but she kinda freaked out.) 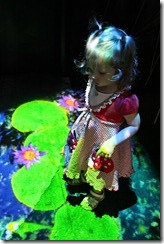 The butterfly room was really neat.  There were lots of butterflies (mostly shipped in from tropical locations every week) everywhere!  You can see them flying around in the picture below if you look closely. 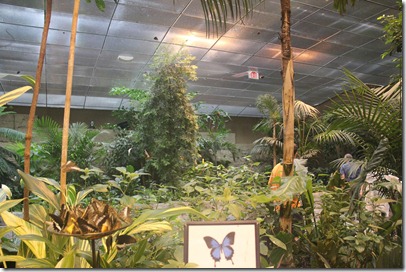 Abbie was enamored by the butterflies.  She loved pointing to them all and watching them fly around, but it scared her a little bit if they got too close so she was ducking and running a few times, which was a little entertaining. 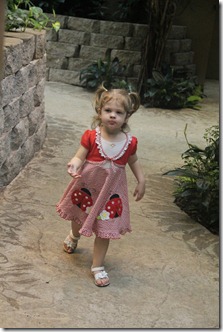 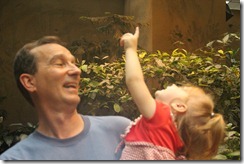 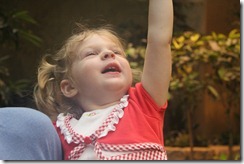 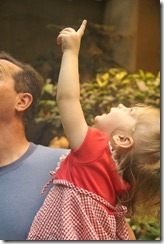 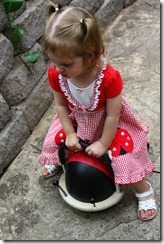 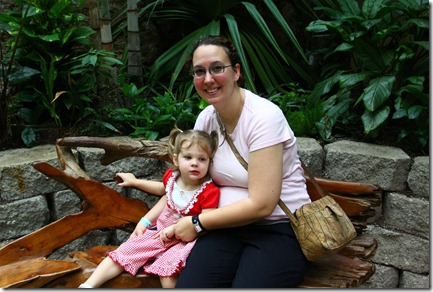 They had lots of butterflies, but they also had LOTS of orchids, which were beautiful!  I love orchids!  And I’ve never seen so many kinds!  The room was like 90% humidity and like 90 degrees, so the flowers apparently like that climate.  (No wonder mine always die..) 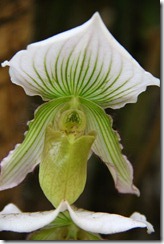 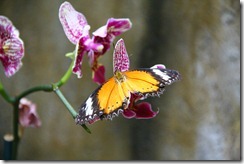 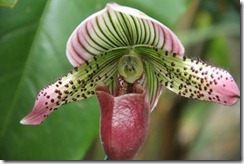 I took lots of pictures of the butterflies.  Here are a few of my favorites. 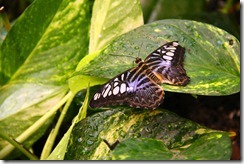 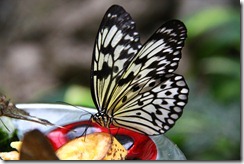 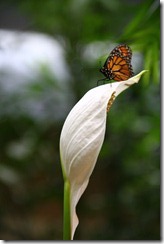 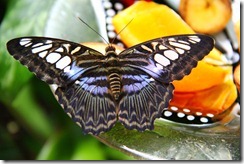 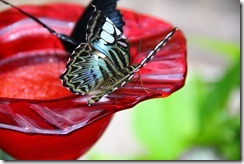 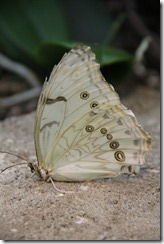 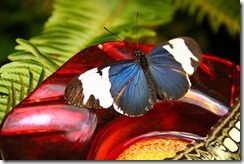 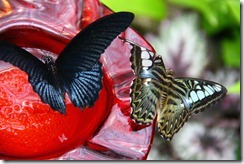 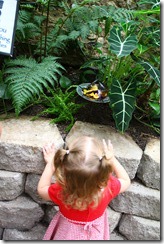 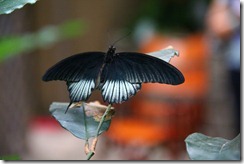 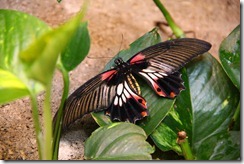 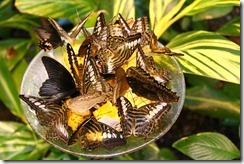 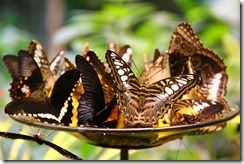 They also played a movie, that we only watched part of thanks to my dad getting a phone call and Abbie, who didn’t want to sit still for any significant amount of time.  But of the part I did see, it said that butterflies on average have a lifespan of about a month, except for some that migrate from as far as Canada to Mexico in the fall to mate and then they fly all the way back up to the States and Canada.  That process takes about a year to do, so those ones live longer and scientists don’t know why they live longer or migrate to Mexico yet.  It’s hard to imagine a butterfly (monarch to be exact) flying all the way from Canada to Mexico.  They said they fly around 12kph (around 7.5mph).  Crazy!

And they had a little frog/turtle area.  Abbie liked watching the turtles move around.  They also had a mirror maze, which Mark would have LOVED!  It was pretty big and it took me a while to get Abbie and I out of it, but I finally figured out that you went out the same way you came in.  I thought there was a separate exit.  Oops. 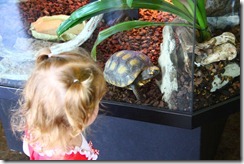 After we finally un-latched Abbie from this bear she found, we headed out.  We went to this HUGE fabric/ quilting store, which might have been the highlight of this trip for me, but more on that later.  =)  Overall, The Butterfly Palace was a success!! 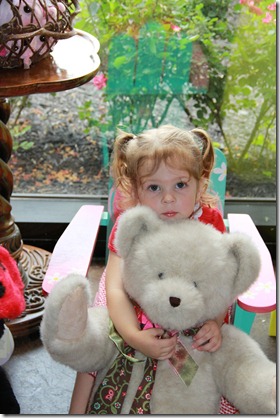 What great photos! It looks like you all had a great time!

Hey, no complaining about being "fat"! You look great and you wanted to be prego! Enjoy it! Miss ya!