I was going to try to do just one post with our Rome pictures, but I just uploaded over 950 pictures to my computer and I still have another camera to upload…  So, it looks like this is going to be more than one post.

Wednesday night we didn’t really do much besides get settle and walk around the neighborhood our apartment was in.  This river was about 2 blocks from our apartment.  I had my 50mm lens on my camera since it does really well in low light, and I was just playing around with it, but I liked the way these pictures turned out. 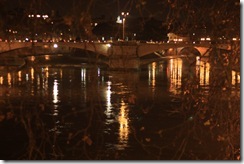 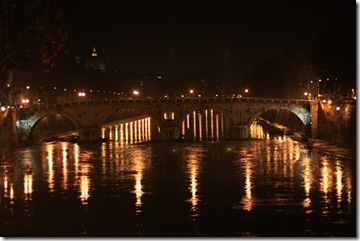 This flower stand was on the corner right near our apartment too.  I liked walking by the flowers every day and Mark bought me a rose one night. 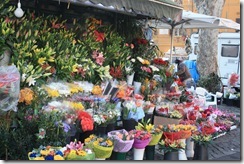 Day two, we headed to the Coliseum.  Within the first 2 minutes of being near it, we had Abbie saying “Coliseum” and pointing to it. 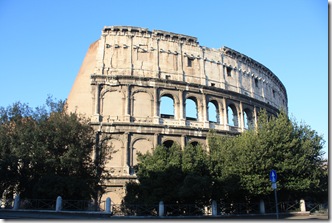 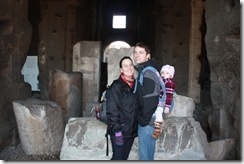 The Coliseum was finished in 80AD and took 8-10 years to build.  It’s considered one of the greatest works of Roman architecture and engineering and it’s the largest elliptical amphitheater built by the Roman’s.  (We’ve seen another one they built in Verona.) 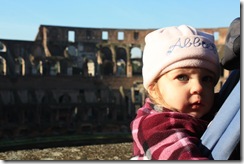 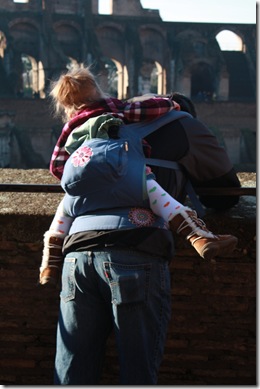 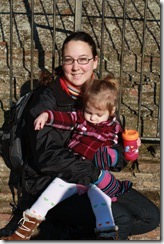 A view of the Roman Forum from the Coliseum. 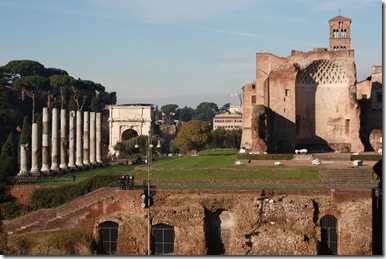 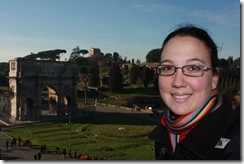 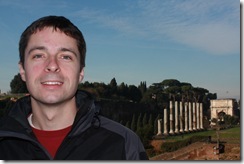 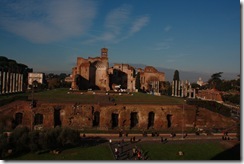 The friendly Coliseum cat.  He was getting lots of attention. 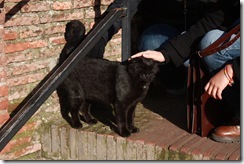 This was large enough to hold 50,000 spectators back in the day and it’s been ruined by time, earthquakes and stone robbers. 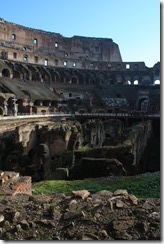 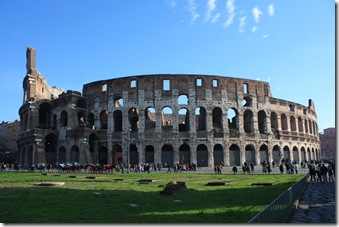 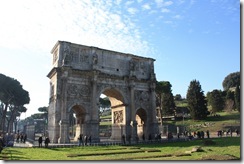 Arch of Septimius Severus, built it 203. 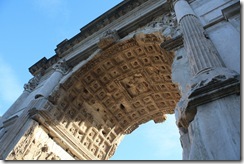 These are all pictures from the Forum.  We bought a cool book that has pictures of what exists today, with a page in front of it that showed what it looked like way back when.  I’m not going to go into detail about all of these things because I still don’t know what half of them are and it would take me all day to figure it out.  That being said, it’s pretty neat being among structures that are this old and it’s fun to try to imagine what it would have been like almost 2000 years ago. 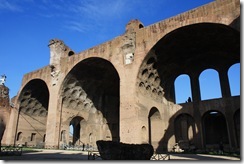 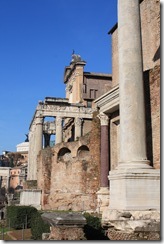 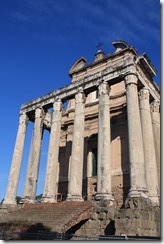 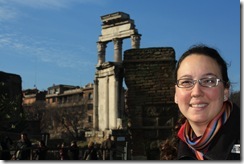 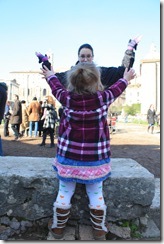 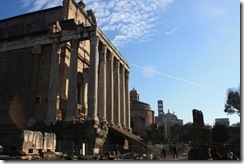 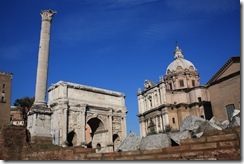 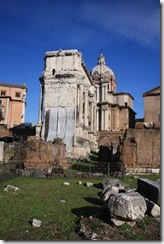 Abbie had a grand time running all over the place and climbing over stones.  It’s a little tricky to actually get her to hold your hand at times, but in the Forum we pretty much just let her go and followed her around since there weren’t any streets around and there weren’t tons of people.  It’s too bad she won’t remember any of her adventures in Europe when she gets older. 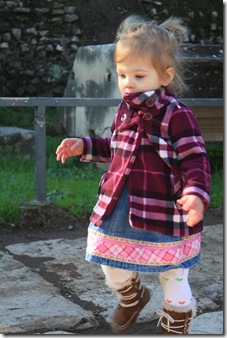 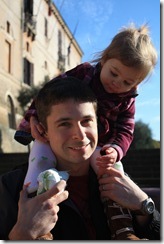 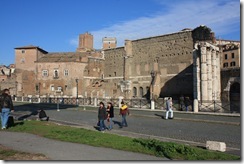 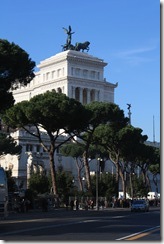 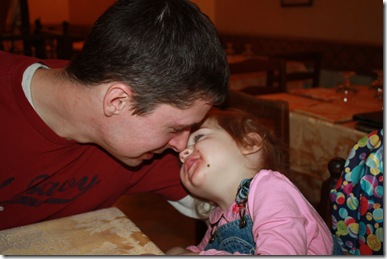 If I remember my architecture class correctly something else that makes the Coliseum so unique is that each level the columns are different. At the base they start out with the biggest and most ornate and gradually work up to more slender and more plain columns. This was to give the illusion of how strong it was and how it also seemed to reach for the heavens. Just a little tid bit. ;)