This is why I need to write blogs while I’m on trips.  Otherwise the days all run together and I can’t remember much detail or what we did which day.

I think on Friday we headed out to see the Catacombs of St. Callixtus.  Here are some pictures from on the way there. 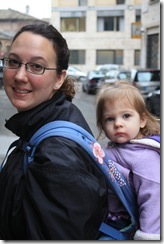 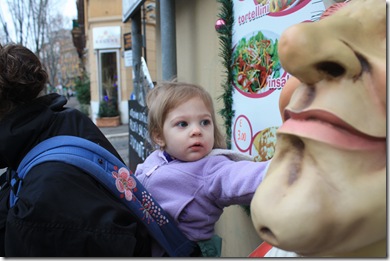 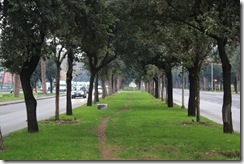 The people we were traveling with, Mark’s family. 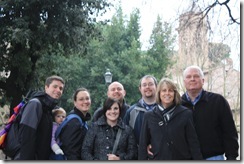 We took a bus ride on one of the oldest roads in Rome. 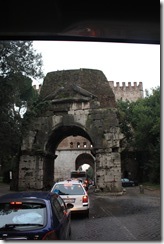 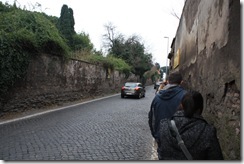 The Catacombs are under this field, and many more around it.  The Rome area has over 40 different catacombs that they’ve found.  Unfortunately we couldn’t take any pictures of them inside, but they’re basically an underground network of graves.  They dig tunnels and then dig holes in the walls of the tunnels to put the bodies in.  There are multiple levels of tunnels.  These ones were built after 150AD. 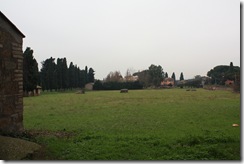 The lane to the catacombs. 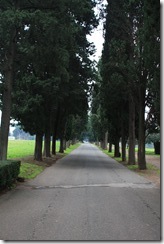 We took a guided tour of the catacombs and Abbie did surprisingly well.  I was a little worried about it since she doesn’t do well when she’s confined (in the Ergo) and we stand in one place for very long, but she did well.  We taught her to say catacombs and her version was more like cacacooms, but she’s only 19 months old so what do you expect?  She had fun pointing to all the graves and saying “Cacacooms”. 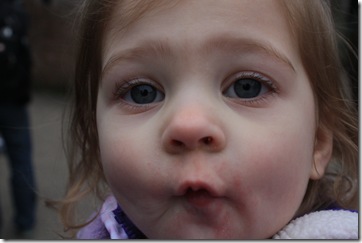 Abbie absolutely LOVES her uncle Ryan.  She’s still talking about him 3 days later!  Luckily he likes her just as much as she likes him and they have fun together.  If he wanted to come be a live-in nanny for us, that would be perfectly fine with me.  =) 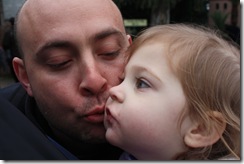 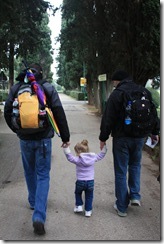 After the catacombs, Mark, Abbie and I headed to the Baths of Caracalla, which were the Roman public baths, built around 215AD. 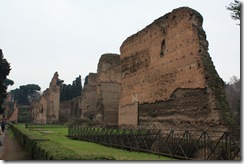 The whole area is 33 acres and it had one huge building that could hold over 1600 bathers at one time, along with many other smaller buildings. 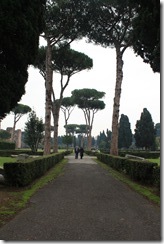 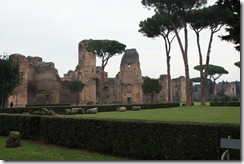 The ruins of the big building.  Apparently it was more like a rec. center because it had a library, gyms and swimming pool and 3 baths (cold, medium and hot).  They remained in use until the 6th century and were the only site in Rome damaged by a 2009 earthquake. 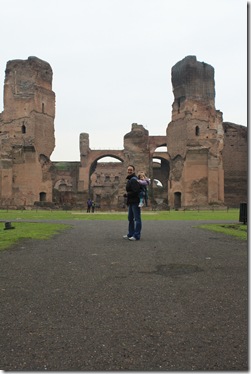 Inside the ruins of the main building. 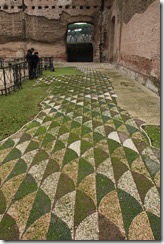 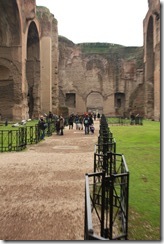 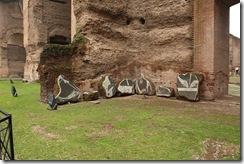 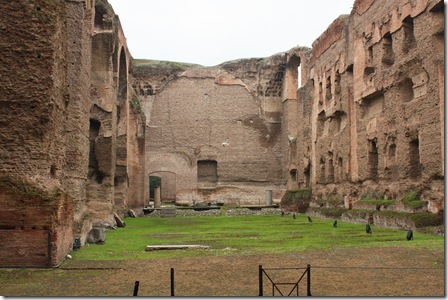 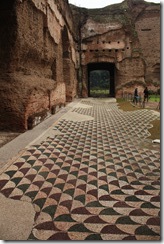 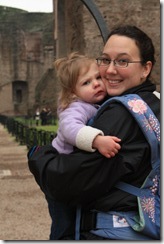 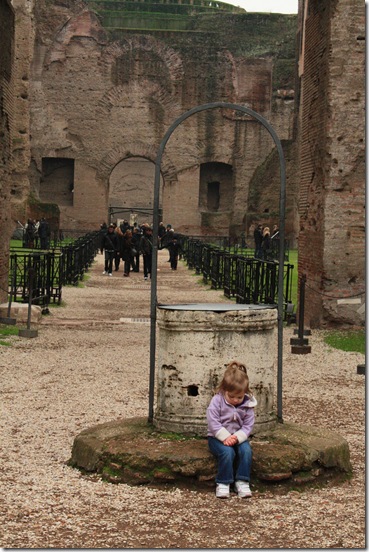 On New Year’s Eve, Mark’s parents were nice enough to stay at the apartment with Abbie so we could go see the fireworks.  We got to go on the rooftop of Mark’s brother’s dorm and watch the fireworks being set off all over the city.  It was a neat experience. 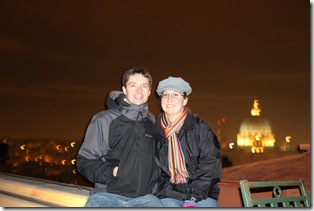 View of the Vatican from the rooftop. 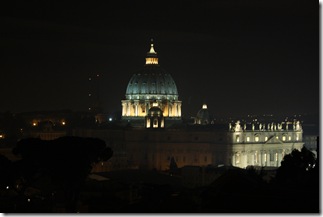 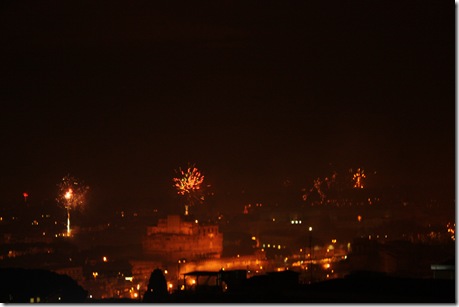 These are all great pictures, can't wait to see all of them.
Donna