I’m not 100% sure why I still try to plan anything anymore.  I guess old habits die hard or something like that.  I do have to admit though, that I handle change much differently than I did 5 years ago.  It’s all part of learning to be a military spouse, I guess.

As most of you know, Mark was set to deploy within the next few months.  As it turns out, his squadron has too many people to deploy all of them, so they chose a few to stay home, and he was one of the chosen ones.

A few years ago, I would have been ecstatic about this.  My husband isn’t deploying!!  We dodged the bullet!  I’ll get to spend more time with him!  Part of me is still pretty darn excited about it, but another part of me, and maybe a bigger part, is a little unsure about the whole situation.  Career-wise for him, if he doesn’t deploy this time, that’s not exactly good.  And it puts him at risk later on down the road for getting singled out to go on a remote, probably non-flying, deployment.  That would completely suck because it could be for longer than his squadron is going to be gone now (possibly even twice as long) and also I think it would be easier to deal with a deployment when you’re in a squadron that’s deployed.  The wives are all in the same situation and they can all depend on each other and help each other out, which is the way it usually is in a fighter squadron.  If he ends up going on a remote deployment later on, he’ll be the only one, or maybe one of a few, that goes from a squadron , which means you miss out on all that support.

Part of me is wondering why he was chosen to stay behind over other people, but I’m fairly certain I know the answer to that.  He’s one of the newest and least experienced guys in the squadron, so it would make sense that he would stay behind.  And, without stepping on anyone’s toes, I think he’s more family-oriented that your “typical” fighter pilot and I think he’ll take advantage of the extra time he gets with Abbie.

I think I am most disappointed because I was really looking forward to going home and spending time with my parents and friends back in the States.  We were going to travel some and visit relatives in CO and I was going to try to get down to OK to see a few friends also.  I’m ready to go back to the States for a bit.  I’ve been here for 10+ months, and I was excited to be back on US soil.

I guess the upside of this, is that he might still get to deploy at some point during this deployment.  If it ends up that he does deploy later than the rest of the squadron, then really, it’s the ideal situation.  He deploys, but not for the full length of the deployment, but it still counts as a deployment so he wouldn’t be at risk for a remote deployment later on.  He’d get more time with us, but also get to do what he’s been training for for the past 5 years, which is a win-win situation in my book.  And then I’d get to go home and do all the things I’d planned on doing also.  We’re keeping our fingers crossed that this is what will happen and we’re staying optimistic about the whole situation.  I figure it’s all in God’s hands anyway, so I’m going to let Him worry about it and I’m going to live in the “now”, instead of worrying about what’s going to happen months or years down the road.

But, with that being said, since he’s not deploying when we thought he was, we’re going to try to go on an 11-day Mediterranean cruise this spring!  I’m pretty darn excited about it to be honest, although part of me feels VERY guilty that we could be going on an awesome vacation when many of my friends are dealing with a deployment.  I want to take advantage of our extra time with Mark, but I don’t want people to be upset that we’re off vacationing together when they’re separated from their spouses.  I do feel guilty about that and I would like to think that if the roles were reversed that I would be happy for a friend, even if I was a little jealous, but who knows.  Hopefully people won’t hold it against me.

So there’s the update.  Keep your fingers crossed that the ideal plan works out for us.  If I do end up coming home sometime this summer, I’ll be sure to let you know! 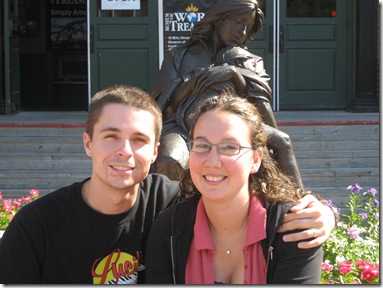 I hope everything works out for the best, AND i get to see you sometime this summer, i'm really looking forward to it!!

Woo! I know that he will get deployed, but in a way, it is kind of fun that we can cheer that he is staying!

Of course, I do hope that when you get back to the states you will make it to Nashville! :)

It is good he isn't deploying yet but I can totally understand why you feel the way you do. Guess it is all apart of the military life. We went on a Mediterranean cruise last year and it was amazing!