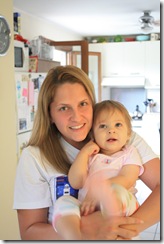 (This is Brittney, for those of you who wanted to know what she looks like.  Abbie REALLY likes Brittney, probably because she sees Brittney more than she sees Mark at times…) 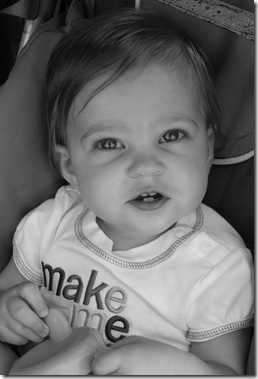 The major change this month, is that I stopped breastfeeding her on her 13 month birthday.  I have such mixed emotions about this and mostly it makes me sad because it’s just another sign that she’s not a baby any more.  But I finally came to the realization that she’s not going to be a baby anymore whether I nurse her or not.  She was slowly weaning herself anyway, and she didn’t ever want to sit still long enough to make nursing worth it, so we stopped.  Plus I’m sick  again, for about the 10th time since we’ve been here, and I wanted to load up on meds (which would pass through milk), so I took that as a sign from God that it was time to stop.  So it’s bittersweet to stop nursing her, but I guess we’re both ready for a new phase.  She’s still getting bottles of organic whole milk and she’ll get that until she’s at least 2. 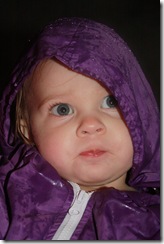 Abbie is such a joy to be around.  She’s such a happy little girl, for the most part, and loves getting in to everything and making big messes.  If she does something she knows she’s not supposed to do, she’ll shake her head no while she’s doing it, which cracks me up.  I just can’t imagine our lives without this little thing in it.  She gave us a huge run for our money the first 6-8 months of her life, but now I can honestly say being her parent is pretty easy.  (Knock on wood.)  I’m not really in any hurry for her to walk because I know that’ll bring a whole new ball game to the table.  I like things the way they are for right now. 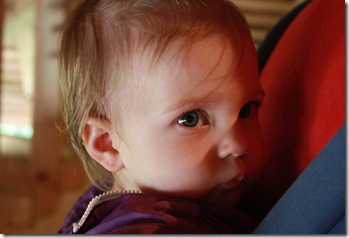