Last Thursday Mark and I were invited over to one of Mark’s IP’s (instructors) houses to discuss Germany.  There were 2 IP’s there that had both gotten back from Germany recently and Mark and I and Mark’s classmate, Chris, went over to ask them some questions.  Basically the answers we got made me about 10x’s more nervous than I was before, and here’s why.

It’s going to take 2+ MONTHS to get all our junk over there.  In the meantime, they have a “really nice hotel” for us to stay in.  And sometimes it takes 3-4 MONTHS to find a decent place to live in over there.  So Mark, Abbie, 2 weina dogs and I are going to live in a hotel room for a few months?  Really?  Mark and I got about 5 hours of sleep this entire weekend while we shared a room with Abbie…  This info alone was enough to make me start breathing much more quickly.

They also said that they were gone (TDY’s and deployments) about HALF the time they were in Germany. … … … Half?  Really?  (By this point in the conversation I was starting to sweat.)  They have to go back to the States for a 2 month “spin up” and then are home for a little bit and then they deploy for 4 months.  After the deployment they get 10 free days off to spend with their families.  They deploy once every 18 months as of right now.

Abbie and I had a rough day today.  She was SUPER clingy, would NOT take a nap by herself to save my life and was whiny and screaming all day long.  And the whole time I kept thinking “What is this going to be like when I live in a foreign country and Mark is deployed and I have to deal with her being  like that by myself for 4 months straight?”  Can I really handle this?  Luckily Abbie is good at traveling, but I think Mark and I will be somewhat limited in our travel opportunities since we’ll have an infant/ toddler the whole time we’re over there. 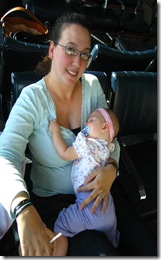 They said most businesses are open from like 9am-4pm.  I guess the commissary (grocery store) isn’t on the base, it’s in a town like 25 mins from base.  Everyone lives in different little towns around the base.  They said to make sure you live in a house that some other American has already lived in because it’s hard to find decent places that don’t try to screw you over if you try out a “new” place.

We still have a ton of questions about moving over there, but the few we did get answers to just scared me even more.  This will be the opportunity of a lifetime, and I realize that, but that doesn’t mean I’m not scared to death in the meantime.  It’s going to be a HUGE change for us and I’m most nervous about deployments and me living in a foreign country by myself.  It’s going to be a lot harder when I can’t just call my mom or friends when I’m having a tough time because of the time difference. 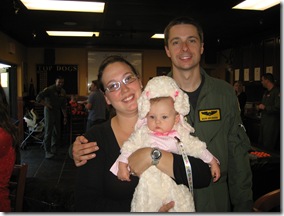 Does the base not have housing on it?