So the F-16 mishap that I posted about earlier this week didn’t have a happy ending.  They never found the other jet or pilot.  They said because the location signal in the jet never went off, that means the pilot probably never ejected from the cockpit and since it happened over the ocean, everyone is assuming he didn’t make it.  He left behind a wife, 15 month old daughter and a baby due in February.  I just cannot fathom what that poor woman is going through right now and my heart absolutely breaks for her.  This just hits so close to home because that could have been Mark and I could be in her shoes right now.  I ask Mark everyday if he’s SURE he doesn’t want to become an accountant.  But in all seriousness, hearing about accidents like that, especially in the F-16 community, scares me to death.  None of us are immortal.  Nothing in life is an absolute.  Here today, gone tomorrow could easily happen to any of us.  It’s so scary, but it’s a reality.

There have been two other deaths in the AF family recently too, both of them wives of pilots.  One was a few weeks ago, a woman died less than 2 weeks after giving birth, possibly because of eclampsia, but I’m not sure.  The other was this past weekend, also after the woman gave birth, of bleeding complications.  I don’t know either of these women, and I didn’t know the pilot that died or his family, but I see people around me grieving because many of the people in our squadron did know them personally.

Sometimes it’s so easy to get caught up in all the negatives, no matter how trivial they are.  I guess these are all just reminders to never take anything for granted and to live in the moment.  And to thank God every day for all the blessings in my life. 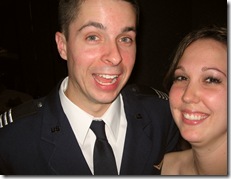 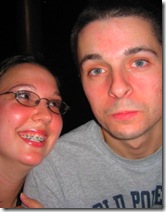 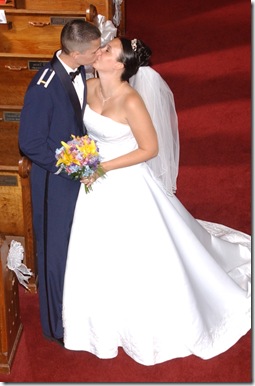