Today I attended a casualty brief with Mark at his squadron.  It was all about how they handle it if something ever happened to him.  What happens in the squadron, what the commander does, how they tell you, what you'd receive from the Air Force as far as support and money, etc.  It was pretty sobering, to say the least.  My #1 fear in life is something happening to Mark.  I'm a worrier by nature (thanks mom) and if Mark is home later than I think he should be,particularly if I know he's flying that day, I start to worry.  I go as far as thinking about what I'll tell Abbie about him when she gets older, how I'll tell his family, if I'll move home, etc.  It's bad.  I've gotten a lot better about it in recent years, but I still worry more than your average Joe, I think.  Having him fly jets doesn't help at all.  I think I'd worry a lot less if he had a "normal" job, but a bad day for him at work could be a REALLY bad day.  Mark's commander said in the brief that in his 19 years in the AF, he's had more friends die than he can count, and quite honestly, that scares the crap out of me. 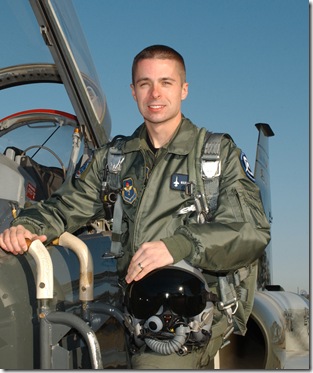 Even more, there was a Viper (F-16) mishap yesterday at Shaw AFB in SC.  Two jets collided mid-air while doing practice exercises at night, so they were wearing NVG's (night vision goggles).  (Did I mention that for the next 4 weeks this is exactly what Mark's going to be doing - flying at night with NVG's?  .....)  One of the jets landed safely, they still aren't sure what happened to the other jet or pilot.  (They were flying 40 miles off the coast of SC.)  The missing pilot is a captain (same rank as Mark) and he is married with a young child and a baby on the way.  It seems like most of the F-16 mishaps in the past few years have had a pilot involved who has either young children or a baby on the way. 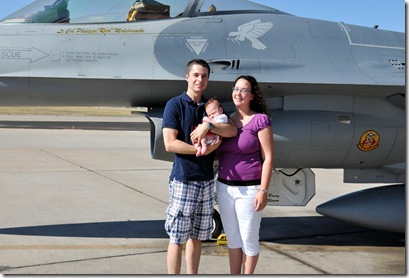 I'm still not sure how I'm going to make it through a deployment with the way I worry.  Although talking with the commanders wife today, she said most accidents happen during training exercises, not during war.  She also said that any day your husband comes home at night is a good day.  I guess that's true for anyone, but I guess it's particularly true for those of us whose husband's jobs put them in danger every day.  I try to keep my worrying in check, but it is a constant effort for me and on more than one occasion I've called my mom so she can tell me to quit worrying.  (But more often than not, I get her all worried and then neither one of us sleeps until we know Mark is safe.  I was worried about Mark a few weeks ago since he was like 2 hours late and I had called my mom to 'vent' to her.  She told me to call her as soon as I'd heard from Mark, so I called her when he got home, even though it was after 11pm in my parents time zone.  While I was on the phone with my mom, I heard my dad say in the background "Tell Mark his mother-in-law can sleep now that he's home safe."  See?  I come by it naturally.) 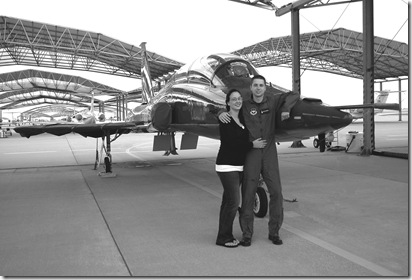 Please pray for the missing pilot and his family.  I truly hope that that turns into a happy ending for those involved, but the outlook sure doesn't look good right now.  But God is great and miracles do happen.