How is it that our little monker is already 7 months old??  It just doesn’t seem possible!  I remember this time last year we were so excited to find out if he was a “he” or a “she”. 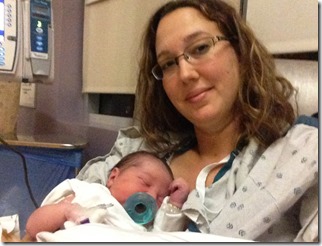 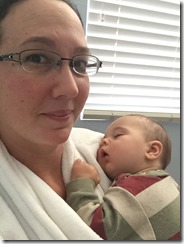 Jamison has started belly sleeping.  As soon as we put him in his crib he either screams or he flips over on his belly and goes to sleep.  And he pretty much stays like that all night.  He loves to sleep on his belly with his butt in the air.  The first few nights of him doing this, I didn’t sleep because I was so worried about him not being able to breathe, but he seems to be able to breathe even when his face down in the mattress.  He likes to sleep with his hands under his face too. 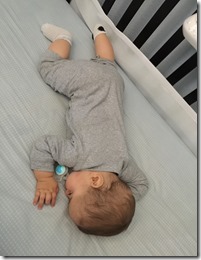 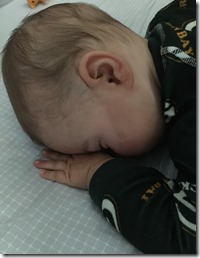 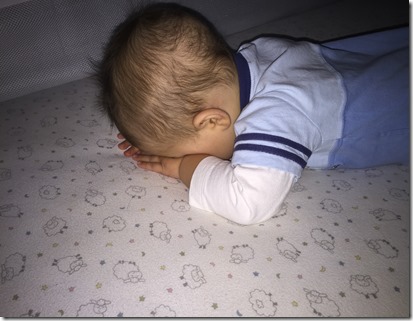 Speaking of sleep, he is still kind of hit or miss, but this month he gave us a handful of nights where he slept ALL night 8pm to 7am!  It was amazing.  And then there are nights like last night where he’s up at 2am and I can’t get him to go back to sleep for the life of me, even after I change him and feed him.  At 3:40am I finally gave up and let him cry and he went to sleep 10-15 mins later.  I’m still not a big fan of letting him cry, but if he’s just fussing I’ll let him go until he starts to cry. 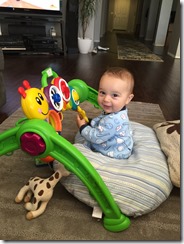 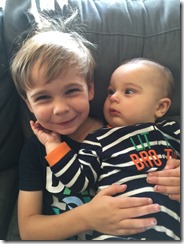 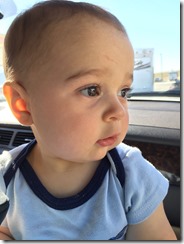 He was sick for the first time this month.  I took him to the doctor and he had a double ear infection and they treated him for croup.  I’m not sure he had croup, but they gave us steroids anyway.  He had a rough few nights for sure and the poor thing was coughing and covered in snot.  I took him to the doctor about 10 days after his 6 month appointment and he’d gained a whole lb (up to 18.86lbs) and a full inch (up to 29”) in less than 2 weeks!  He’s growing like a weed! 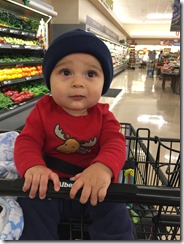 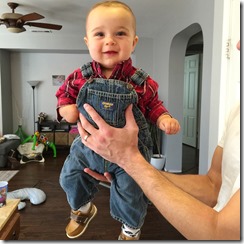 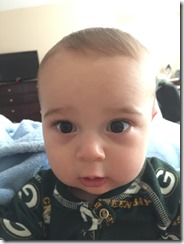 This month he also had his first little temper tantrum!  I took a wash cloth away from him during his bath so I could use it to wash him and he screamed.  Little turd.  He’s very aware of where we are now and he gets upset sometimes if everyone leaves the room without him.  He’s starting to babble more and use consonants when he talks.  He gets very excited when he sees any of us and starts making “uhh, uhhh” sounds and kicking his legs and swinging his arms around.  He loves to bounce.  He can easily roll from back to belly and sometimes he gets from belly to back and he can sit up for a while with the boppy around him, but when he tips over he doesn’t really make any effort to sit back up.  He loves watching the dogs and gets excited when cars drive by too. 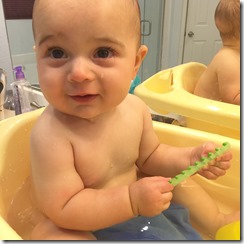 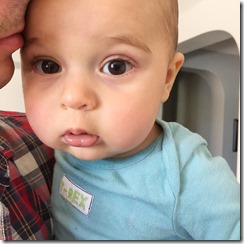 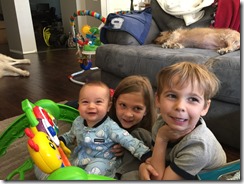 Jamison seems to be changing daily now.  He is so much more aware of his surroundings and interacts with us more and more every day.  He gets big cheesy grins as soon as he makes eye contact with any of us.  He’s constantly looking around to see where we are and what we’re doing.  He grabs anything within 2 feet of him.  He’s getting a lot better at feeding himself puffs and is working on his pincher grasp.  He nurses 4-6 times a day and usually has 3 “meals” with baby food containers or yogurt.  He drinks a bottle (usually around 4-6oz) before bed.  He’s in bed around 7:30pm and usually up between 6-8am.  His first nap is around 10am and it varies from 45 mins to 2 hours.  His second nap is usually around 1pm and sometimes he’s up after an hour and sometimes I have to wake him up at 3pm to go get Abbie.  Very rarely he’ll take a 30-60 min nap around 5pm, but I try to push him through until bed time usually. 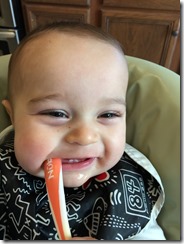 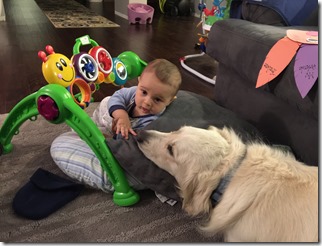 Mark and I can’t believe we get to raise our littlest man.  He’s at one of our favorite ages and he’s so much fun, especially when he lets us sleep all night!  Mark spends half his time around Jamison gritting his teeth because he just wants to squeeze the crap out of him!  He really makes me want another one.  One more.  Hopefully.