We’ve had a crazy few weeks but it’s amazing how most things fell into place.  We manage to ship all of our HHG (household goods) on a Monday and Tuesday.  They had estimated we had around 26000lbs….. which I about freaked out about.  The government will pay for us to ship 14500lbs and the rest we pay for ourselves, so that would have been a huge bill.  Turns out we only had around 15000lbs, and they give a 10% allowance for all the packing material so we were under the allowance.  It was a bit stressful though.  We rented a trailer to bring a bunch of our stuff ourselves too and we had another 1200lbs in the trailer and our SUV.  Over all it worked out well. 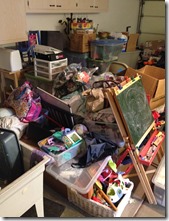 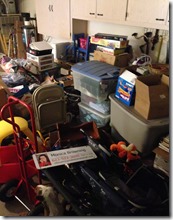 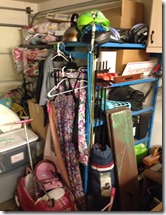 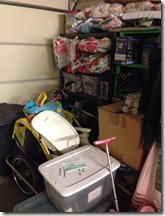 While they were packing our stuff, we went under contract on a house we’re buying in CA and two days after that we closed on our house in Goodyear.  Things really fell into place well with selling our house.  It couldn’t have worked out better and for that we’re pretty thankful.
On Tuesday we also got Abbie’s cast off, which is amazing to me.  I can’t believe she had a totally displaced break of her ulna bone and can get her cast off 4 weeks later.  They gave her a brace to wear for another month, but she’s good to go!  Crazy! 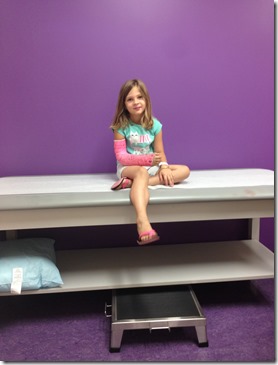 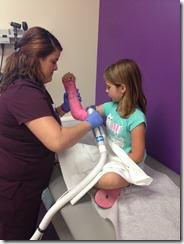 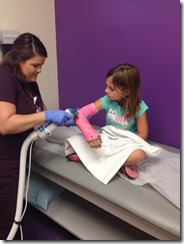 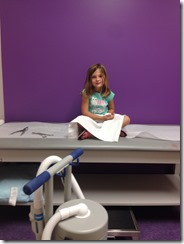 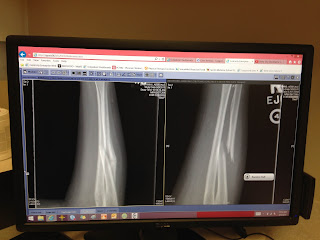 We still have a bunch left to go, but hopefully it’ll be a relatively painless process from here on out.