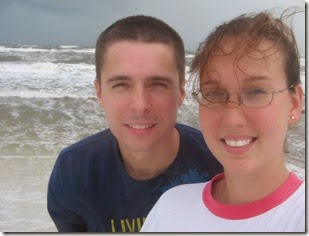 This weekend at church the sermon was about marriage and how to make marriages work.  Fitting for Valentine’s Day weekend.  The gist of the sermon was that men need to feel respected and women need to feel loved.  I remember talking to a few different people over the years about how much I respect Mark.  Obviously I love him more than anything, but I have always respected him too.  He’s kind and he’s smart and he’s open minded and even-tempered and he’s driven and I could go on and on.  I remember how I felt about him way back in 2005/2006 when these pictures were taken and I never could have imagined then how I would feel about him now. 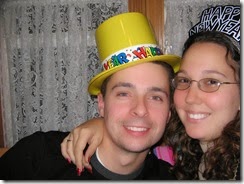 I’m on a few baby boards right now and I’ve seen a few posts about how girls are afraid their relationships with their boyfriends/fiancés/ husbands will change after they have their baby.  If they only knew the half of it.  I think Mark and my relationship has changed a TON since we had our kids, but it’s 100% for the better.  Seeing Mark in the daddy role is amazing.  I could not ask for a better daddy for my kids, and his love for them is so obvious, and vice versa.  The sun rises and sets on Mark for my kids and they are his biggest fans (besides me) and I love it.  When I was in the hospital last month for the night, I didn’t give Mark one single instruction for the kids.  Not one.  I asked him to get stuff for me to pack in the bag, and I asked if he fed the dogs, but as for the kids, Mark is so involved with them and their daily lives and routines that he already knows everything having to do with them.  The church sermon also talked about typical roles husbands and wives play in the family and they had a few pertaining to kids and who cares for the kids and the pastor said that typically it’s the wife’s job to care for sick kids.  Yes, I do care for the kids when they don’t feel well and I take off work when that happens, but the kids often call out for Mark at night if they wake up needing something.  Sometimes Abbie comes in and says she has a bad dream and she crawls into Mark’s side of the bed and snuggles with him until he puts her back in her bed.  (That might partly be because I sleep like a rock – especially now that I’m pregnant.)  Even tonight, Mark got home after 8pm after working over 10 hrs today and the first thing he does is help get the kiddos to bed.  Ben hasn’t been feeling the best today so he checked on him and asked me what medicine I’ve given him and as soon as he heard Ben make a noise upstairs he went running back up there and took his temp again and gave him some more medicine to help him feel better.  And he also transferred all the pictures I took of the kids today from my phone to his so he can look at them whenever he wants.  This weekend was insanely busy for me and our Valentine’s Day consisted of me showing homes for over 10 hours and him taking care of the kids and cleaning the house.  He never once complains about having to do it all. 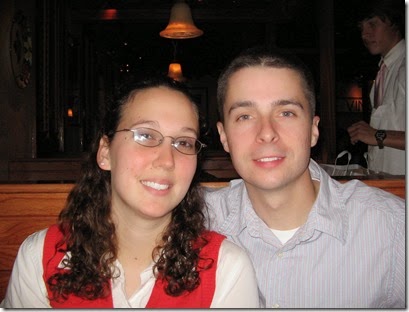 I truly don’t think I could have asked or hoped for a better partner in life.  Mark is everything I imagined plus a zillion things I never imagined.  He is one of the most genuine people I know and he’s always quick to give someone the benefit of doubt.  There is this stereotype that fighter pilots have, or I guess many stereotypes, if I’m being honest, and Mark defies all of them, except for the one that most of them are pretty smart.  Being in real estate, I have met lots of different people and have helped many people find houses, including a few guys that work on the flight line as crew chiefs or maintainers and they all have less than ideal thoughts on fighter pilots.  I tell them about Mark and a few of them have met Mark and they ALL say that he is the least “fighter pilot-ish” fighter pilot they’ve ever met and that he doesn’t fit any of the stereotypes.  I absolutely love that he can almost single-handedly break through stereotypes people have built up over YEARS in a matter of meeting them once.  And I also love that he can be an amazing pilot and be voted the best instructor by the last class he taught and not fit the typical fighter pilot mold at all.  There has also been more than once where his students ask him questions or turn to him for advice that they probably wouldn’t ask other instructors for because they know he is so non-judgmental and easy going and he won’t make fun of them for it later on (which happens sometimes in his job). 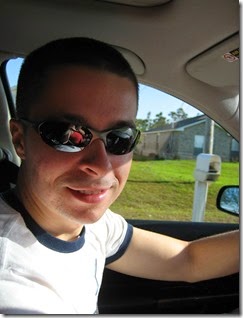 Mark, I hope you know how much I love and respect you.  I could write an entire book about all the things I love about you.  For the most part, we’ve had a very easy marriage and I’ve never had to put effort into loving you.  I still get excited when you walk through the door after work or when we get to meet for lunch.  And part of the reason I write this is so someday our kids will be able to read this and know how much I love you too, although hopefully that is apparent to them from seeing us together also.  I’m excited to celebrate Valentine’s Day with you this weekend when we go see Dirty Dancing!  You make me feel like the luckiest girl alive. 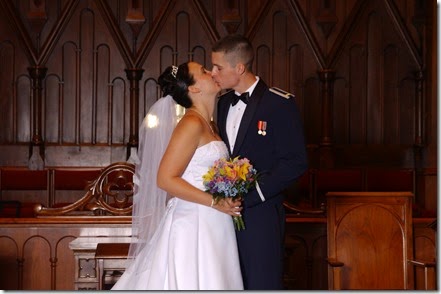 Love this! And all the throwback pictures. You two look like such babies.

Love this! And all the throwback pictures. You two look like such babies.