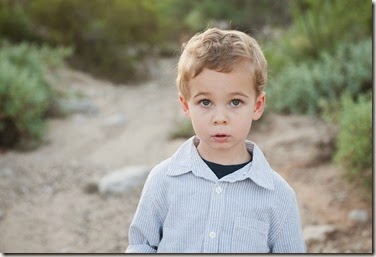 Ben is growing like a weed now.  He weighs around 34lbs and is 40” tall – which puts him close to his sister in the 95th percentile for height.  He is almost an exact replica of his daddy and EVERYONE mentions it when they see them together.

Ben loves mac n cheese and cheese sticks that you pull apart to make look like trees.  He loves olives and orange juice and can sometimes put away 2-3 bowls of cereal in the morning.  He usually has a pretty good appetite and he does pretty well eating with silverware without spilling stuff everywhere. 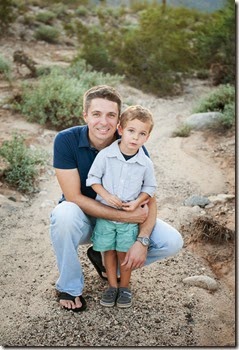 He can count to 15-ish by himself and he knows most of the ABC’s.  He can recognize some letters and numbers and knows most colors.  He can tell you his birthday and his full name and he still pronounces “r’s” as “w’s”.  I think it’s adorable.

Ben has 2 speeds – running and stopped.  He bounces almost everywhere he goes and loves to jump over cracks or curbs or anything else he can get over.  Makes me quite nervous sometimes, but he does pretty well.  He balances really well on his balance bike and he also rides Abbie’s little bike with training wheels and does really well with that too. 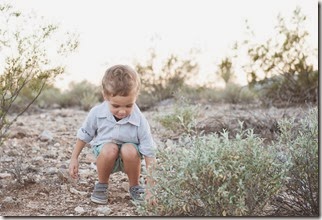 Potty training has been an issue for us.  He is terrified to poop in the potty.  He’ll pee in the potty just fine and we can put him in pull ups and he’ll even go pee by himself, but he won’t poop in the potty.  He doesn’t like you in the bathroom with him when he’s using it and he goes and finds a private place to poop – though never in the bathroom.  His favorite is in the middle of clothing racks at stores if we’re out and about.  I’ve decided not to push it too much with him and just go at his pace.  I’ve accepted the fact that I’ll have 2 boys in diapers and that’s okay.  Worse things could happen.

Ben wears 3T size clothes, although the pants are a little bit short on him already.  He wears size 5 diapers and size 10 shoes.  (He has huge feet just like Abbie.)  We got rid of his paci almost completely this month and next month we move him into his big boy bed.  He is trying really hard to give up his afternoon naps although I’m not ready for that at all.  Typically he sleeps from about 8pm to 8:30am and naps from noon to 2 on a good day.  He loves trains and planes and garbage trucks and he loves to wrestle with Abbie or Daddy or Sammer or anyone that will rough house with him.  His favorite thing is throwing rocks into the pool, much to Mark’s dismay. 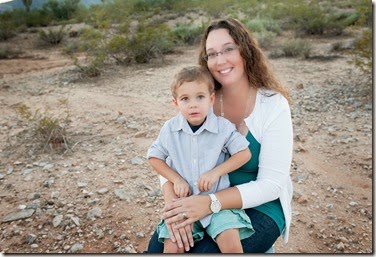 Ben loves to watch TV.  He begs to watch his shows every day.  His favorites right now are Peppa Pig, Kate and Mim Mim, Thomas the Train, and Sophia the First.  He LOVES watching The Lorax too.  We got him a train table and he loves playing with his trains for hours.  He loves the plasma cars we go them also.  Usually he and Abbie get along pretty well although he’s learning to stand his ground with her, which she’s not a big fan of.

Where Abbie was our strong-willed, defiant child, Ben is much more laid back.  But he also gives up on things pretty easily and gets frustrated easily at times.  He has a great sense of humor and loves to make people laugh and he loves talking to anyone and everyone when they’ll listen to him, even if they don’t fully understand him yet.  He is a sweet boy and it tender hearted and it’s been fun to watch him grow and develop these last 3 years! 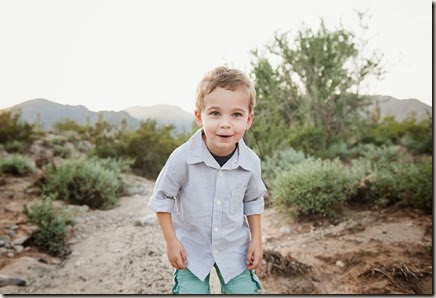