So we lasted 16.5 months before we decided to cut Ben’s hair.  I really wish my friend Rachel had been able to do it for us, especially since she did Abbie’s first cut and she’s my good friend, but she’s in IA and we’re in AZ so that’s a little hard.  (Second haircut Rach??)

He had this pretty long tuft of hair in the back and there were some really cute curls around his ears, but we decided it was time. 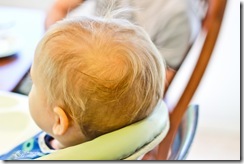 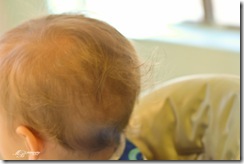 This might be one of my favorite photos from the day.  He’s not too sure what he just got himself into, but so far, so good. 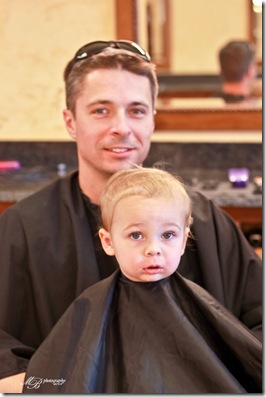 And the one below on the right is probably my second favorite.  He was so curious, but he didn’t cry (at first).  He wanted to see what she was doing, but since Mark was holding him, he didn’t freak out too much. 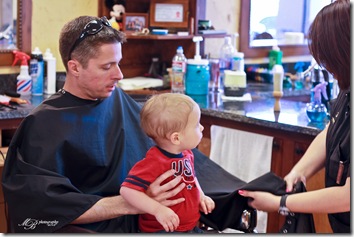 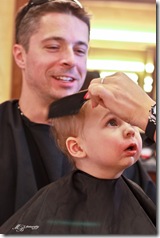 And these are just a few of the pictures I took….  I know, I’m a bit obsessive, but he’s just so darn cute!  And I was having fun playing with my 50mm 1.8 lens, although I really don’t like it all that much..  I kind of want to upgrade to the 1.4, but we’ll see.  It’s 4x’s as much..  Ben held really still for the first few minutes of the cut and then he started to get a bit squirmy. 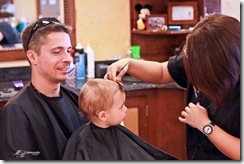 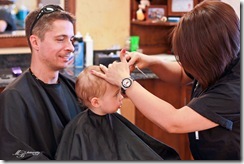 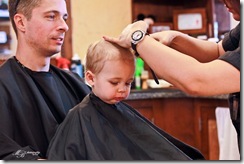 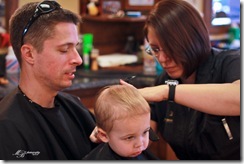 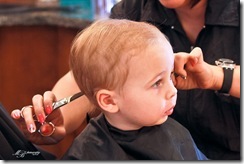 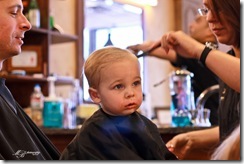 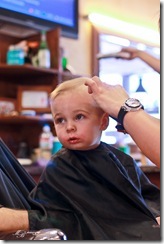 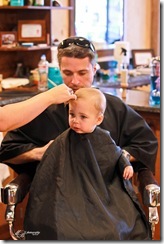 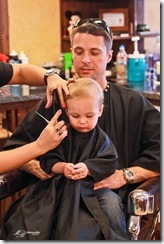 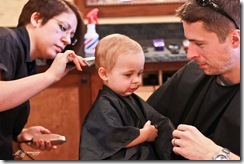 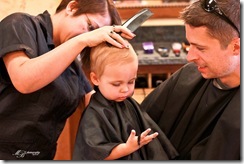 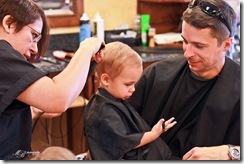 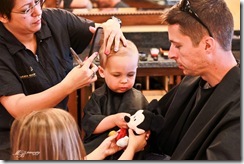 And the last couple minutes he completely lost it, even though he’d done FINE through the electric trimmers part.  Silly boy.  He looks cute as ever now though, but I didn’t get an “after” shot since he was still pretty worked up.  Don’t worry, I will. 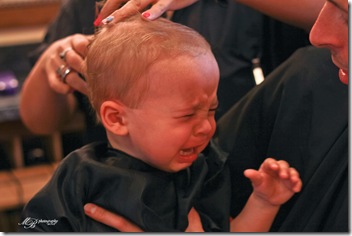 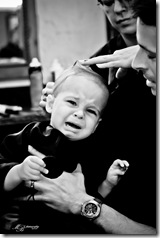 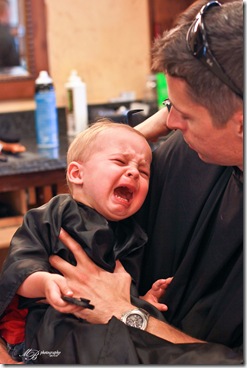