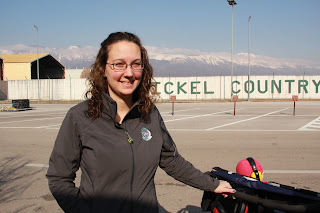 Fighter pilots (or maybe all military pilots, I'm not familiar with the heavy side of things) have a tradition called the fini flight.  It's your last flight at your assignment.  You choose who you fly with and when you land a crowd of people meets you as you get out of your jet.  Other guys from the squadron pretty much tackle you and tie you up somehow (usually with tape) and then you get soaked with water and alcohol.  No clue where this tradition came from, but it's fun.

We had gone to a few friend's fini's over the last week, so Abbie knew what we were in for, thank God.  I think she would have been completely freaked out otherwise.  All morning she was asking me if they were going to tie daddy up and tape him to the side of the jet.  (During the last 2, they hung them from a missile.) 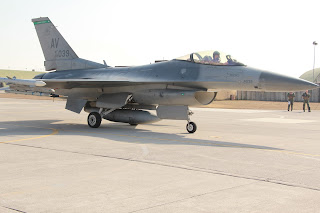 They try to take off a lot of their gear since they know they're going to get soaked as soon as they step out of the jet. 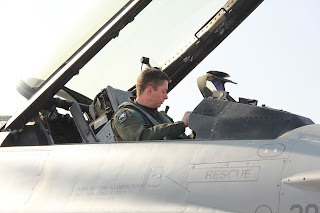 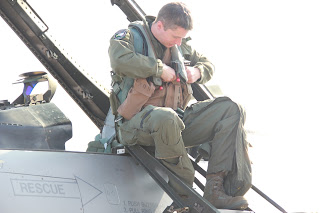 Then he sits there and prepares for what's to come.  The rest was a bit of a blur.  Abbie was not too sure about this part.  She was burying her head into my shoulder because she didn't exactly like seeing Mark get attacked and tied up.  It is a little bit odd, I'll give her that.  I just kept telling her that they were goofing around. 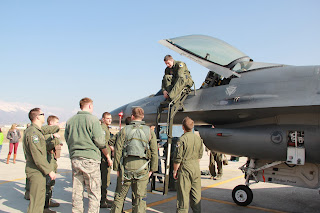 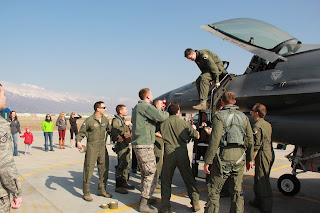 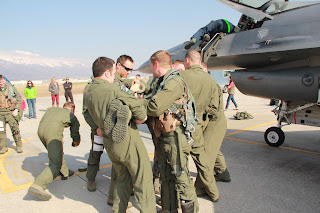 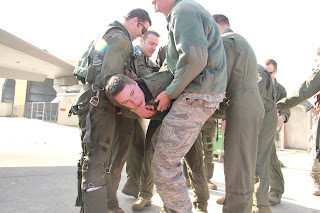 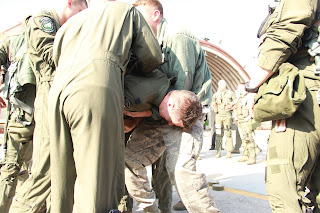 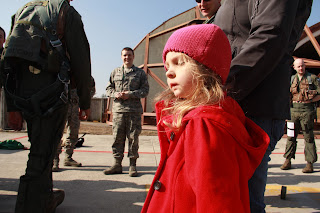 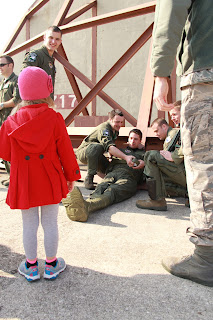 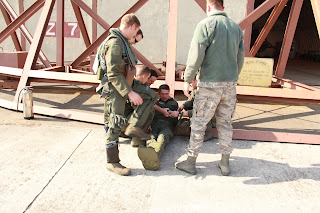 When they were done taping him to the door of the hangar, Abbie went over and gave him a kiss. 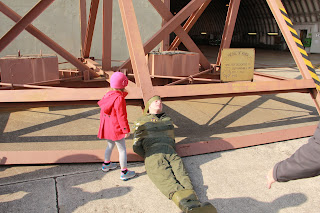 Then I sprayed the stuff on him (I tried to avoid his eyes) and Abbie was given the hose.  I think she sprayed me as much as she sprayed Mark until I went behind her. 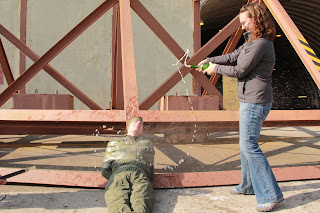 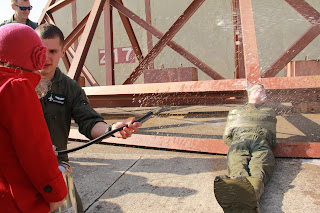 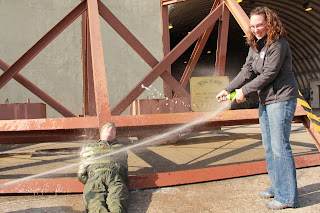 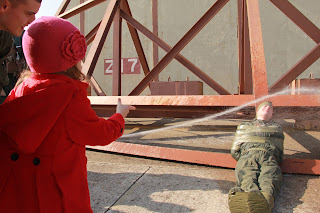 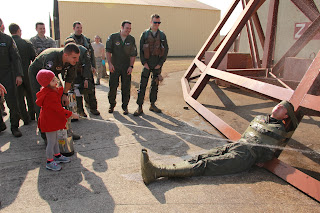 Then they untied him and proved to Abbie that he was fine, although she wasn't too concerned about that when she was spraying him. 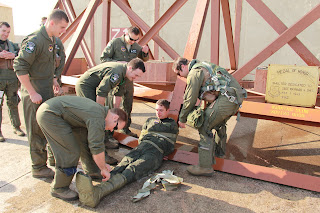 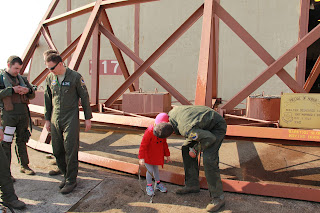 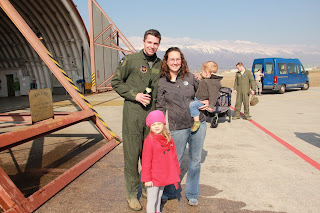 Everyone shakes his hand and then everyone goes to the squadron bar where we bought pizzas for everyone, although there were so many people there, 12 extra large pizzas weren't enough for everyone.  Oops. 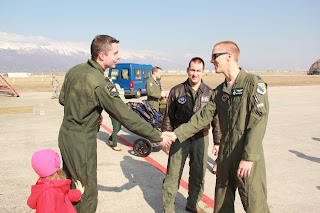 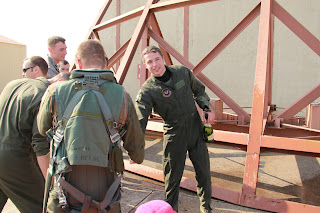 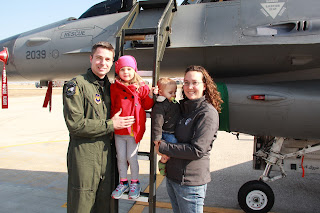 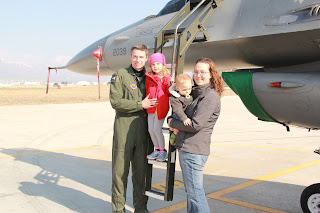 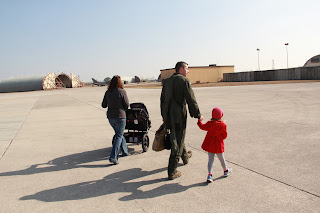 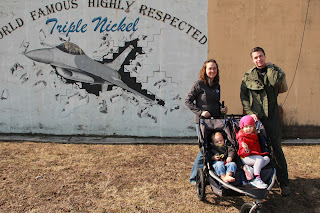 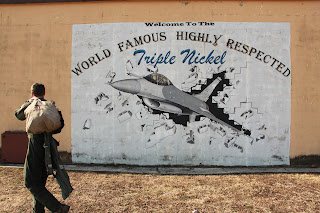 Big thanks to Jenn R for taking these pictures for me.  I will definitely miss this squadron.  It's been a great experience for us here, and kind of revived our faith in the fighter community after our disaster assignment while Mark was in training at Luke.    We learned what it was like to be part of a fighter squadron and I think being overseas added a whole new element to it.  The people in the Triple Nickel are amazing and we are so thankful to have been a part of it for 3 years.  Hopefully our next squadron will be great too!  And luckily the Air Force is pretty small so I'm sure we'll run in to many of them later on down the road.  By this summer, we're going to know almost 20 families or individuals stationed at Luke from previous assignments we've been at, and over half of those are pilots from the Nickel.  We're excited!

Holy cow, that looks like fun!! Thank goodness the weather looked nice that day—Mark would've been a frozen popsicle if it was freezing out!

The jet my husband flew on in GA (granted, he's not a pilot) had a tradition of treating the guys to beer after their final flight. I like this idea much better!

Nice... wish I coulda been there. Best of luck in Arizona!

Girl, you are looking fab-u-lous! Very fit and happy! :D