I've been feeling a little bit "blah" lately.  I feel like we're kind of in some weird limbo right now with this move.  We still live in Italy, but there always comes a point in every assignment where you know your time at that assignment is up, and you start focusing only on the future, and we passed that point a while ago.   We are trying to buy the house from over here and doing all of that via internet and the telephone isn't fun at all.  I've gotten calls from the mortgage company early in the morning (12:30-3am) because they forget that we're 7 hours ahead of them.  We're slowly getting everything worked out and set up, but it's not easy.  We just want to get there so we can get started on all the plans we have for the house.

I don't know if it's my imagination or what, but it seems like some of my friends are being really pissy lately, which puts me in a bad mood.  I always wonder what I did to piss them off, but I was gone for a week and then the week we got back was consumed with Luc's memorial, Cassy having her baby, Luc's dignified departure, the piano burning and our farewell dinner.  We also found out that another friend in the squadron has Stage 2 breast cancer and they don't know if it's spread at this point because she's 37 weeks pregnant and they can't do the scans.  So I guess people have reasons to not be in good moods, but it's hard not to take it personally when it seems to be directed at you.

Abbie has been more than difficult lately, but that's a separate post in itself.  Mark's been busy with work.  I've been busy with last lunches with people and researching stuff for the new house and working on quilt blocks for a friend in the States.  But really I don't feel like doing anything.  I just want to sleep all the time.

We're trying to contact people about carpeting for the new house and decide how much that will be.  I've heard as little as around $3000 and the estimates I come up with online are closer to $8000...  That's a big different.  It is really hard to do all of this via the internet right now.  I just wish we could walk into a carpet store, and see our options up close and personal and talk to someone face to face.  And since we're not there to measure the rooms and get exact square footage, it's really hard to get estimates on it also.  It'll all be worth it in the end, it's just a little bit stressful right now. 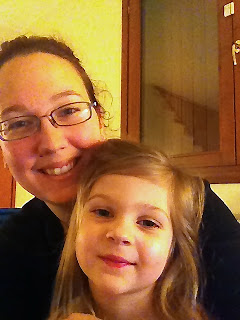 Sorry to hear all this. Right before we moved this summer, I had a couple friends who just stopped talking to me completely. I was really distraught because I considered these girls "close" friends. I wracked my brain trying to think of what I could have done to so offend them, but in the end I had to just let it go. But it took me a while. Hope things get better! You'll be back in the states before you know it!