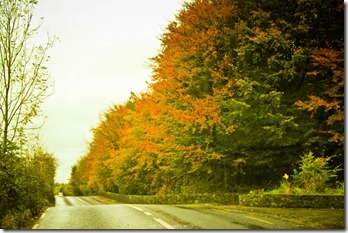 On our 5th day in Ireland, we decided to have a low key day and stay around the house.  We headed to Portumna to eat lunch at a typical Irish restaurant (that I didn’t take any pictures of).  The food was good and it was fun to see Portumna a little bit.  I ran out of formula for Ben while we were there, so we found a grocery store that was open on a Sunday and spent quite a bit of time trying to decide which one to get him.  They didn’t have any American brands of formula so I was trying to read the descriptions of them and ingredients to figure out which the best would be for him.  Apparently my mom thought I got lost because she came in to find me after a while.  I would have loved to have more time (and not my whole family waiting in the car) to browse through the store.  I love looking in foreign grocery stores.  Sometimes you can find some neat stuff.  The Irish store also had a bunch of organic baby treats, which Italy doesn’t have at all.

On our way home we took a quick drive around a park that we passed.  The road was HORRIBLE.  I’ve never seen so many deep holes in a road and they were impossible to avoid because they were everywhere.  But the scenery was worth the bumpy ride.  It was beautiful and I’ve never seen trees like the huge ones there.  And the fern covered forest floor was amazing. 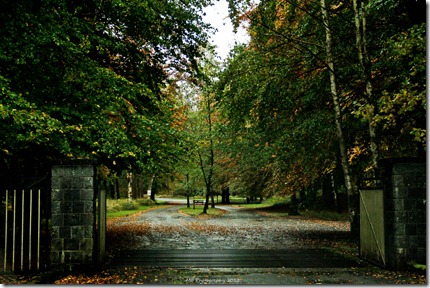 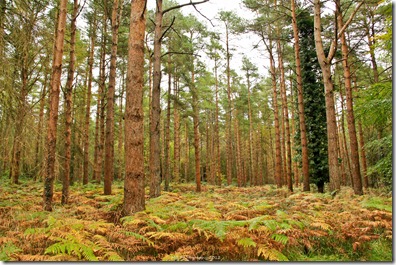 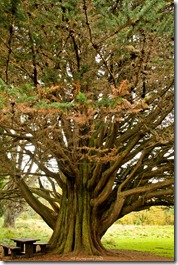 On day 6, we headed down to southern Ireland to check out Cobh (pronounced Cove).  Cobh is one of the major ports of Ireland and has been for a long time.  It is said that the first settlers arrived to Ireland in Cobh and also almost half of the Irish that immigrated from Ireland, left from Cobh.  Cobh was the Titanic’s last stop before it headed out across the ocean. 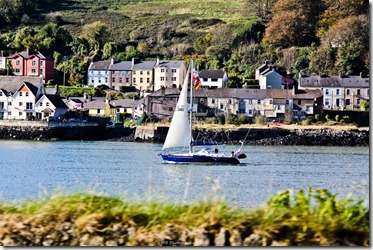 We grabbed lunch at a coffee place that was not very good food, and then wandered around the little downtown area a little bit.  As you can see, we were blessed with another great day, weather-wise. 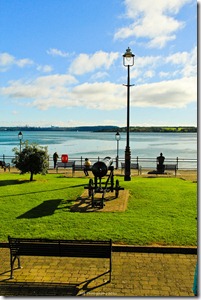 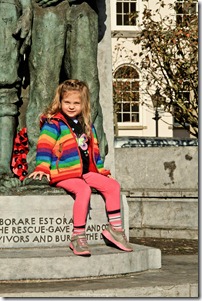 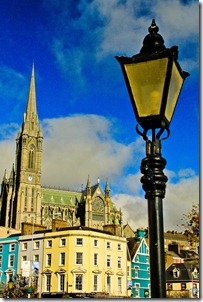 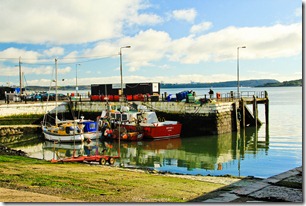 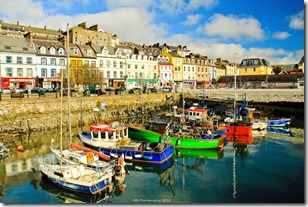 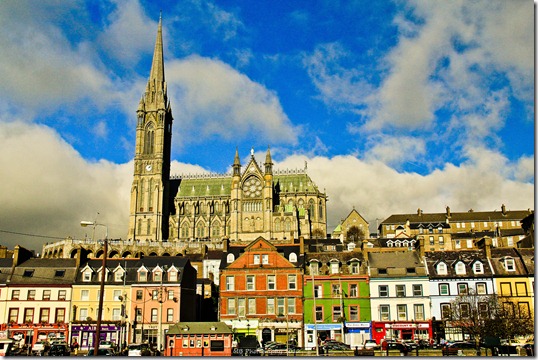 St. Colman Cathedral (above) is one of the tallest buildings in Ireland.  There were quite a few dogs in Cobh, and apparently they dine with their owners.  I cracked up when I saw the dog below.  I had to take a picture. 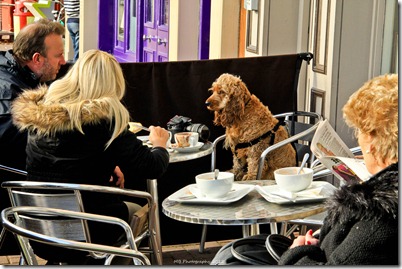 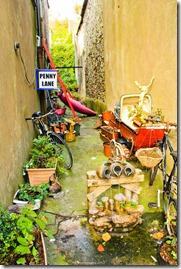 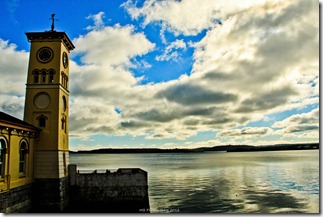 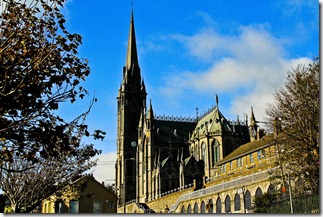 When we were near the cathedral, Abbie asked us if uncle Ryan lived there.  (Uncle Ryan is a deacon, soon to be a priest.)  And then she saw the pulpit inside and asked if that’s where uncle Ryan talks from.  How she knew that’s what that is for is beyond me.  She’s such a little sponge with info like that. 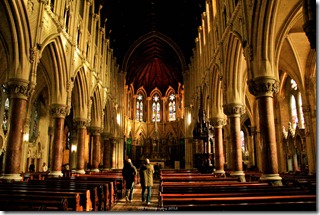 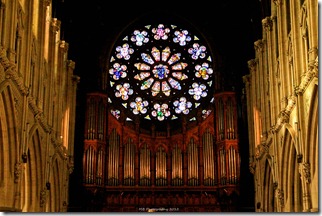 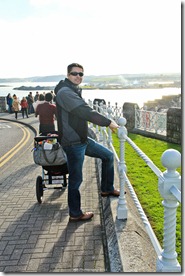 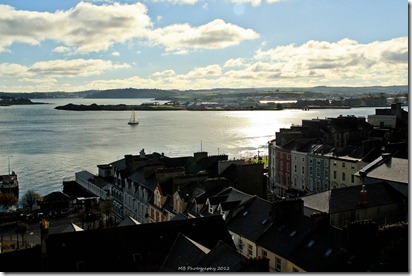 After we wandered around Cobh for a while, we headed to Cork to check it out.  We really only went to the shopping area because I wanted to get a shirt, but it was a neat town from what we saw.  (Side note:  On our way from Cobh to Cork, we were on a pretty busy ride near a large shopping center and there was a pony running down the middle of the road with a car following behind it slowly.  It was really kind of odd to see, and the pony seemed to be on a mission, even though it was very obviously not where it was supposed to be.  I was tempted to help them catch it, but we were in a hurry.)  Cork had Penney’s (Irish version of JC Penney’s) and TK Maxx (Irish version of TJ Maxx).  We didn’t get to go into TK Maxx, but we went into Penney’s again and I got Abbie a bunch of socks.  They were 3 pairs for 2Euro!  We ate dinner at McDonald’s and headed out.  I only took one picture in Cork. 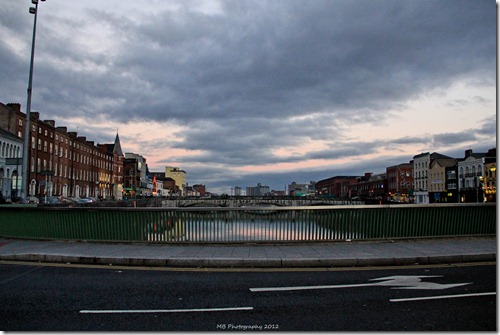 We headed to Blarney Castle after we left Cork, but it was closed by the time we got there, so we went to a wool store instead and my mom and I bought a few things.  They had lots of great stuff, but it was expensive, so we didn’t go too nuts.  I got a sweater dress that I really like.  I can’t remember what my mom got, but I do remember she bought Abbie a book there.  We only had 15 mins in that store before it closed too.  That was probably a good thing..

So I am obviously WAY behind on my Ireland posts.  I only have one more left – Dublin.  The photos are edited so I just have to get the blog written!  Soon!!