…..of stress!!!  And no, I’m not talking about the holidays.  As far as the holidays are concerned, 95% of my holiday shopping is done, all of my packages are already wrapped, packed and mailed off to the States and only Mark’s brother is coming up for Christmas.  Since he’s super laid back, I don’t stress at all when he visits.  And I already have a good start on my 155 Christmas cards I’m sending out this year.

It’s the season of stress because another military move is rapidly approaching on us.  March 2013 is our DEROS date (move month, for you non-military folks) and we are moving to Phoenix where Mark will be an IP (instructor pilot) teaching people how to fly the F-16.  I am VERY excited for Mark since I know he will be a great instructor.  I think he has the perfect personality to teach since he’s almost always calm and collected and I think it will be good for students to see a non-traditional “fighter pilot”.  Plus this keeps him in the jet for 3+ more years, but he’s not at an operational base and instead a teaching base.  So the pace of his job should be much slower at Luke than it is here in Aviano, and we’re both excited about that.  This also sets him up well to apply to TPS (test pilot school), which is what he really wants to do in the long run.

Mark and I have decided that we’re going to look in to buying a house near Luke instead of rent.  We have never owned a house before and it just seems like now might be a good time to buy, especially in Phoenix where the market is just starting to come back up.  Hopefully we can get in while the market is low and sell it a few years down the road when the market is higher.  We would like to rent it out for a few years after we’re done living there, but we’ll see.  It’s all a pretty big gamble and it does make me very nervous, but we are so ready to actually own a home.  And the way I look at it is even if we do end up losing some money in the end, if we rent a house we’ll be paying someone else’s mortgage to the tune of around $1500/month.  Over 3 years that’s around $54000 that we’d never see another penny of if we chose to rent.  At least if we buy, we have to possibility of getting all of that money back, plus some.  So Mark and I have been having fun looking at houses online and working with a realtor in that area.  It’s fun, but it is stressful thinking about owing that much money to a bank.

These next two months are going to FLY by.  We are pet sitting for friends from now until Sunday and then pet sitting for another friend for the week after that.  Mark is going TDY to Germany in early December for a week and in December, I have a minimum of 3-4 commitments every single week.  We’re going to Austria with the squadron for a weekend in December, Mark’s brother, Ryan, is coming to spend Christmas with us (yay!!), Abbie has a dance recital, and we’re taking the Volvo to Munich to be shipped back to the States in late December.  It is possible that Mark will be TDY for a GOOD chunk of January, although I am praying like crazy that that doesn’t happen since I REALLY need his help here.  If he goes on the TDY, the day after he gets back (provided he gets back on time) we’d have the packers and movers come here to pack up the majority of our house to ship our things back to the States.  (They’ll take about 2 months to get to Phoenix, give or take 2 weeks.)  And the day after the movers leave, Mark and I are going to Phoenix for 5 days to meet my parents there to house hunt.  We’re hoping to look at a bunch of houses and make an offer on our favorite within 4 days.  It’ll be a whirlwind trip, but I’m excited.  Brittney is keeping our kiddos for us, and once again, I owe her big time.  I think she’ll have fun with them though, and I trust her 100% with my kids.  I’m so thankful to have friends like that that I actually feel comfortable asking to watch my kids for a week while I go out of the country.  I haven’t figured out how I’m ever going to thank her enough for doing this for us.  In the meantime, apparently all I keep talking about is having like 17 hours of travel WITHOUT KIDS to do whatever the heck we want.  Mark keeps making fun of me for it.  Seriously, I am SO excited about that plane ride.  I can sleep, or watch a movie, or read a book, or sleep, or eat in peace, or go to the bathroom by myself, or sleep, or write letters, or talk to Mark UNINTERRUPTED, or sleep.  I won’t have to entertain 2 kids and try to keep them from disturbing people around us, or get up to go to the bathroom 15 times an hour, or worry about them bumping those little trays and having food or drinks go everywhere, etc.  If you’ve ever flown a trans-Atlantic flight with kids, you know exactly what I’m talking about.  And my kids are relatively great travelers, but they are 3.5 and almost a year old, so that speaks enough for itself.  How much do you want to bet we get sat next to a 2 year old on the flight…  I’ll cry.

In the meantime, January is going to be insanely busy for me, ESPECIALLY if Mark is gone.  Somehow I need to go through our ENTIRE house and figure out what we need to keep here for the month between when they’re picking up the majority of our stuff and when they’re picking up our unaccompanied shipment – so what we need to live in this house, without the majority of our stuff, for one month.  Towels, dishes, cooking utensils, toys for the kids, etc.  I also need to set apart all of the stuff we want to sell – all of our 220V things that won’t work in the States – lights, vacuums, hair dryers, adapters, DVD players, etc.  If I don’t set them apart, the packers will pack them.  And then I also need to pack our suitcases that we’re going to be taking with us on the plane and living out of for about a month between the TLF’s here and a hotel in Phoenix.  And it’s going to be in the 40’s here and the 70-80’s in Phoenix.  I need to have all the dogs stuff packed and ready to go, all of our stuff packed and ready to go, and I need to go around and videotape and photograph all of our “big ticket” items to prove that they are in great condition before the packers get here.  That way if they don’t make it back in the same condition they left here in, I have proof.  How I am going to do this with two kids, by myself, is absolutely beyond me.  Did I mention that Ben is mobile now?  Oh, and I’m helping co-host two baby showers for two good friends in January also.

Moving is such an exciting time, and we are ready to embark on this new adventure, but it is a LOT to think about and a lot to organize and a lot to keep track of.  We’ve heard from many friends who have PCS’d before us that people at Aviano act like you’re the first person to ever move from this base, and if you don’t watch the packers like a hawk, most of your stuff ends up damaged in the move.  I will be really upset if that happens since we’ve gotten quite a few things over here that won’t be replaceable in the States.

I’m doing my best to keep this blog up and running, mainly for me, since I really want to have this to look back on someday, as a record of our lives.  But it is also stressing me out right now since I feel I have lots to write about, but I just don’t have the time to blog.  My blog used to be my “release”, but it’s more of a burden at this point, just because I am so busy, and have been since August and will be until at least February, and then again in March and April during the closing on a house and moving in and all that fun stuff.  I’m trying my best to keep up with it and I’m sorry for those of my friends and family who wait for my blogs.  I know you’re having to wait a lot of time between blogs now, and I hope I can get back into the swing of blogging soon, but if I don’t, now you know why.

I hope you all have a wonderful Thanksgiving, surrounded by your families!  I definitely miss being with family during the holidays but hopefully next year we’ll be able to spend them with family!!  This year we’re spending Thanksgiving with our good friends, so I can’t complain. 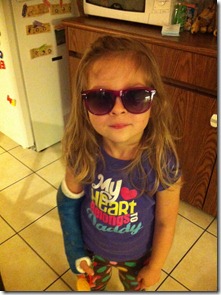 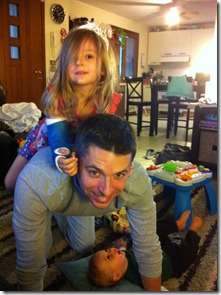 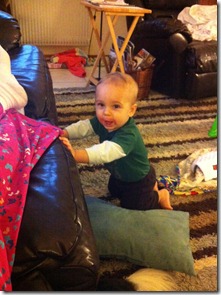 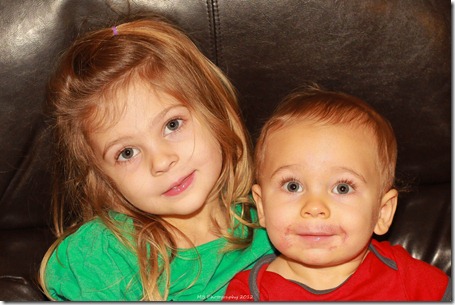 You can do it, Monica! Sounds like you have a good idea of what needs to happen. I assume your lists have already begun. Also: how about a sewing project for those 17 hours of kid free travel time? Might be fun to try English Paper Piecing! Or embroidery!