Mark’s older brother, Ryan, has been studying at the Vatican for 5 years to become a priest.  This past week he was ordained a deacon in the Vatican and we were able to go down to celebrate with him and then head to the Amalfi Coast with Mark’s parents and Ryan.

We drove the 6ish hours down to Rome on Wednesday and got there around 2pm.  Ryan was busy with stuff getting ready for the ordination, we hung out with Mark’s parents.  We decided to take the metro to the Spanish Steps and find something to eat around there. 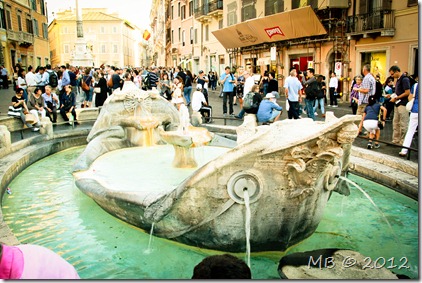 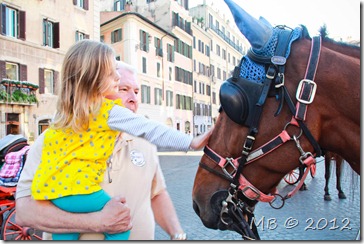 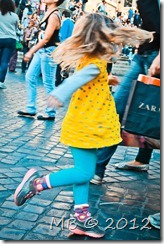 We had a decent meal, although I will say, I’m kind of “Italian-fooded” out.  One of the major downfalls of Italy is that there is VERY little variety in the food here.  I suppose in bigger cities, like Rome, we could have found something other than Italian, but in general, you ONLY get Italian food in Italy.  And pretty much all of the restaurants in any given area serve basically the same thing.  It gets really old and I will not take the variety the States has to offer for granted ever again. 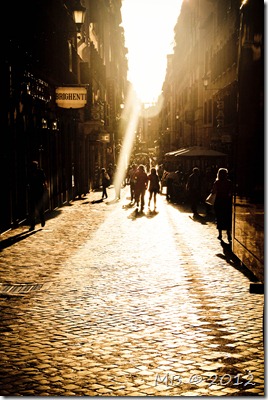 We learned in Vienna to take at least the single BOB stroller when we travel since umbrella strollers are terrible to push on streets like you see above.  And Europe has lots of those types of streets.  And both kids can fit in the single BOB if we put Ben in the seat and Abbie sits on the end so it works out well.  I’m trying to decide if we should take the single BOB to Ireland with us later this month. 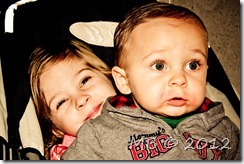 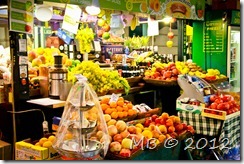 Italians love babies, but in general, Europe is very non-baby friendly.  Many places don’t have high chairs, 98% of places don’t have changing tables.  So when Ben needed to be changed, the ledge in front of the Louis Vuitton store was the only place we saw to change him.  It worked out well. 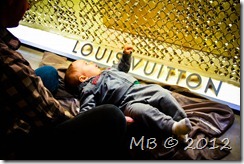 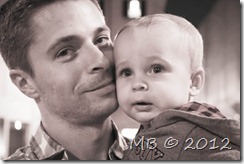 The Spanish Steps at night. 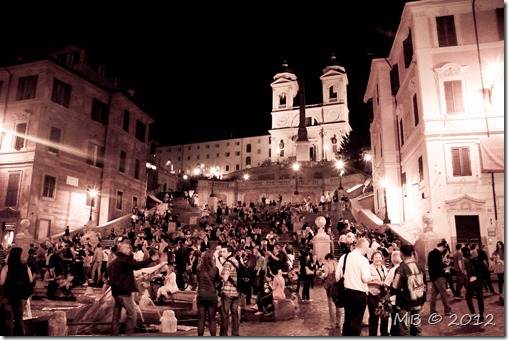 So I was excited to see Ryan get ordained, but I was really nervous about trying to keep a 3 year old and a 10 month old quiet and still during the ceremony, which took place in the Vatican.  We found out the night before that the ceremony was supposed to take about 3 hours and I knew right then that it wasn’t going to be pretty.  And Mark and I were left in the dark to the fact that his parents were sitting in a different section than we were, so we didn’t find that out until we walked in the door of the Vatican and his parents went their separate way.  Not cool.  Abbie lasted about 3 minutes before she was tired of sitting there and it was basically a rare form of torture for me (and Mark) to try to keep the kids quiet and not disturb anyone.  So I didn’t really get to see much of the ordination at all.  About 2 minute chunks here and there.  I didn’t see him get ordained.  Bummer. 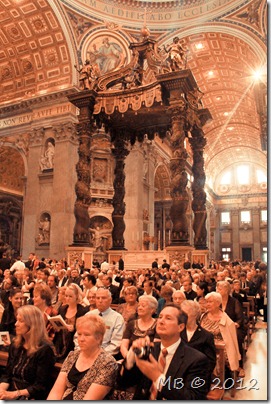 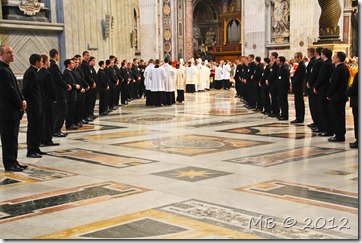 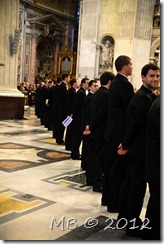 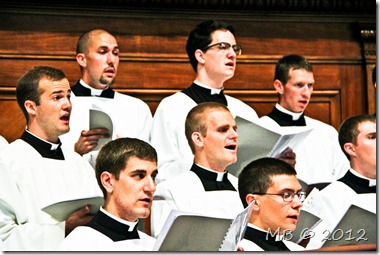 We sat right next to the choir, well that’s where our seats were anyway.  We spent most of the time standing behind the choir so we could take the kids out when they got fussy.  Did I mention that it was Ben’s nap time also?  He actually did fairly well considering that fact and waited until the ordination was over to completely lose it. 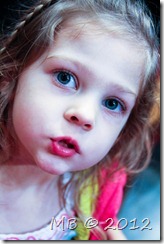 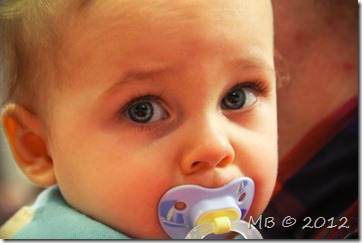 I guess one advantage to not sitting down much was that I got some decent photos.  Mark’s brother is the tallest one face us in these pictures, second from the left in the line of people. 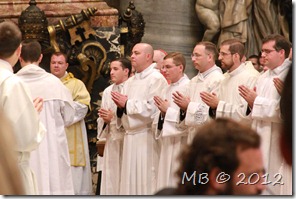 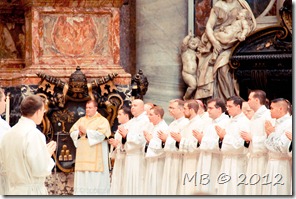 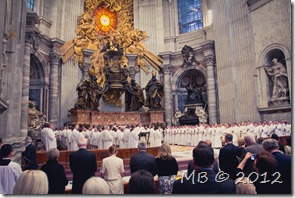 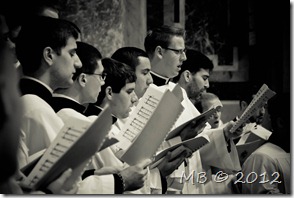 I love this picture Mark took of Ben and me in the Vatican.  There was one ray of sunshine coming in one of the windows that was shining on us. 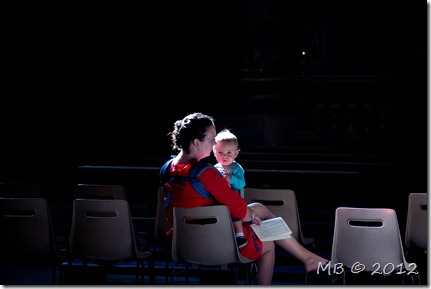 After about two hours of wandering around the Vatican out of earshot of the ceremony, Mark and I had had enough and decided to take the kids outside to let Abbie burn off some energy.  We found a park right outside where the ceremony was being held, but as soon as we got there (after I took this picture) a policeman came up and told us we couldn’t be there.  We asked if we could go out to the square and come back in in an hour when the ceremony would be over and he changed his mind and let us stay in the park.  Thank God. 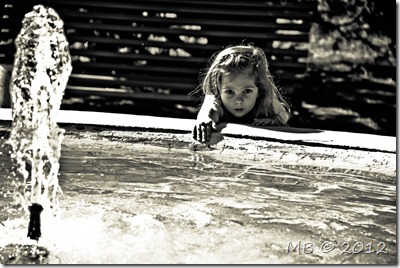 We came back in just in time to get a few shots of the end of the ceremony and of Ryan walking out. 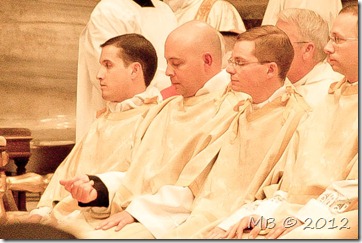 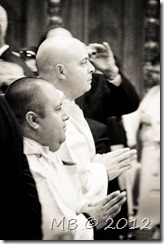 Abbie LOVES her uncle Ryan.  She talks about him a LOT and she was very excited to see him. 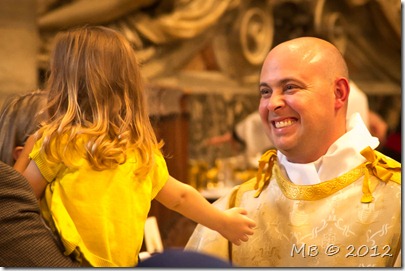 And this is right about where Ben lost it.  He was pretty fussy during the reception, which is really unusual for Ben.  Usually he’s a pretty happy boy, but he was fussy since he’d gotten up early and missed his morning nap.  A few of Ryan’s fellow deacons made jokes about how they were enjoying the vow of celibacy they took. 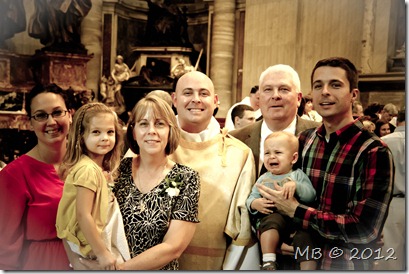 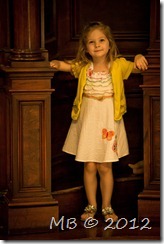 Here’s my favorite picture of the day. 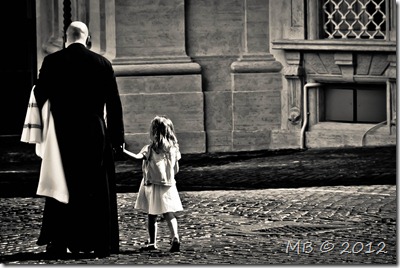 After the ordination we headed down to the Amalfi Coast, where we stayed in a villa near Sorrento that overlooked the coast line.  We went to Positano, Sorrento, Capri, through Amalfi and to Ravello.  I’ll get those blogs up as soon as I can!

I love the picture of you and Ben! That's a great shot!

That's a bummer that you didn't get to see much of the ceremony, but you got some gorgeous shots! I looooved Capri and Positano. Such a beautiful part of Italy.