Our first port of call on the cruise was Bari, Italy.  I’m not exactly sure what is so special about Bari, other than it is a port town.  I would have much rather stopped at Dubrovnik or someplace along the east side of the Adriatic, but beggars can’t be choosers, right?  Bari was pretty, it just wasn’t anything that we haven’t seen in lots of other places in Italy or Europe.

We decided that it would be fun to rent bikes, and it was, although on my bike you weren’t able to change gears at all, so it was a little difficult at times. 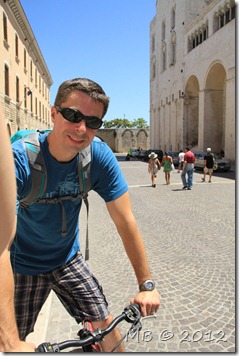 Bari has a walled “old town” section and in that section is the Basilica of St. Nicholas.  St. Nicholas is buried here, and I guess that’s a big deal for Catholics.  I’m not sure since I’m not Catholic.  Wikipedia says that on St. Nicholas’ Day (Dec 6) they lower containers into the tomb to extract myrrh somehow (????) and then they spend the “myrrh” all over the world and apparently numerous miracles happen when people are anointed with this myrrh.  Whatever works, I suppose. 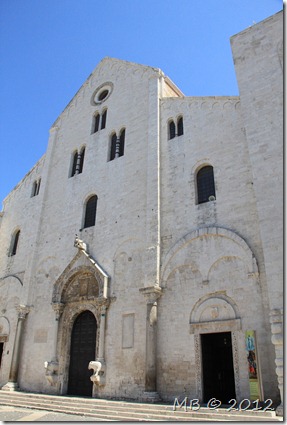 Most of the cathedrals we’ve been in have been very beautiful, and a bit grandiose and this one followed suit. 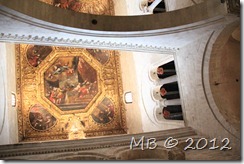 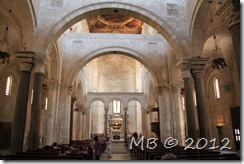 St. Nicholas is buried underneath the Cathedral.  There were a few people down there praying by his grave.  Mark and I lit candles for the kids, who we were already missing.  Kinda. 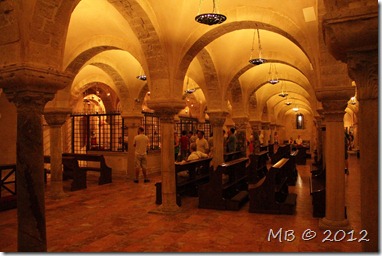 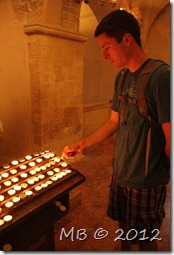 We rode around Old Town for a bit and then rode to the downtown area of Bari.  It all felt very tropical, which was fun.  And it was really hot, so we were sweating like pigs, for sure. 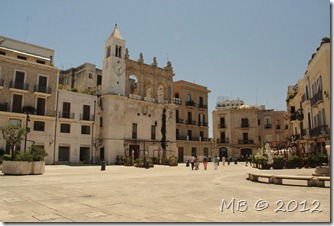 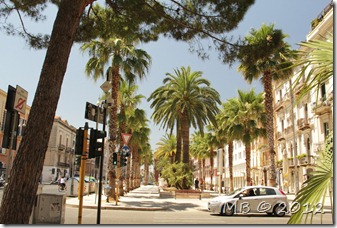 Next we rode down to the beach.  It was a decent bike ride there, but it was pretty.  There were little sets of stairs all along the sidewalk we rode down where you could go down and take a dip if you wanted to.  It was very tempting, but I didn’t want to leave my camera unattended. 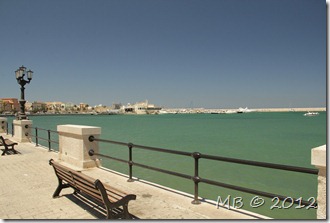 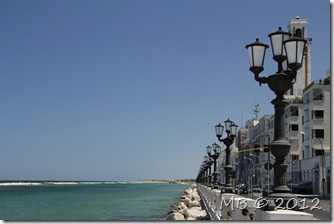 For being a Friday afternoon, there were quite a few people at the beach, which was really rocky.  People just put their towels right on the rocks.  I wonder what they would think of the beaches in Florida, with actual sand. 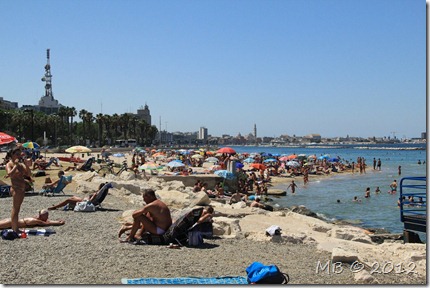 After our ride along the beach, we went back to Old Town and decided to pay to go in it, which was a waste of money.  There really wasn’t anything spectacular to see, and we got bored pretty quickly and decided to head back to the boat and take a nap since we were hot. 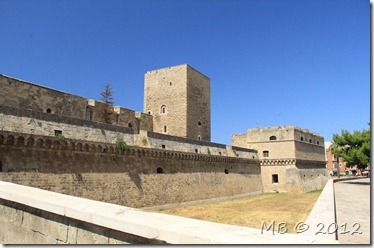 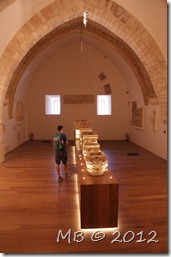 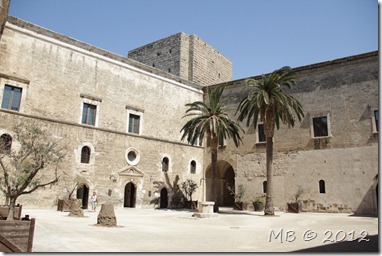 Bari was our least favorite stop of the cruise, but it’s good because we got the “worst” out of the way first.  Our next stop was Corfu!  More on that tomorrow! 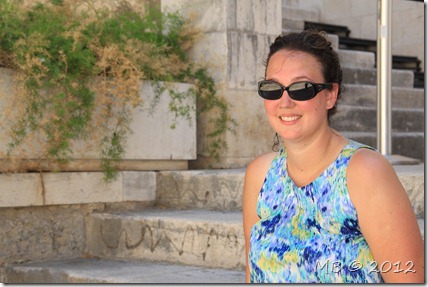 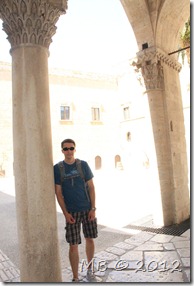 Congrats for the positive photos! It seems you spent a wonderful time!