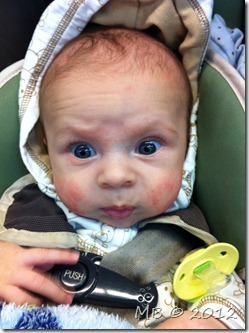 We had the echocardiogram appointment at the Pordenone Hospital at 7:15pm on Monday night.  The hospitals over here are just so different than those in the States.  In the States they at least try to make them warm and inviting, as much as a hospital can be.  Here in Italy, it is bare bones for everything.  They have pictures on the walls and stuff, but it’s just very “institutional feeling”.  The doctor that looked at Ben was the director of cardiology there and his the one that came to get us from the waiting room, and the only one we saw for our visit.  We didn’t see any nurses or any other doctors, and not many other people, since it was after 7pm. 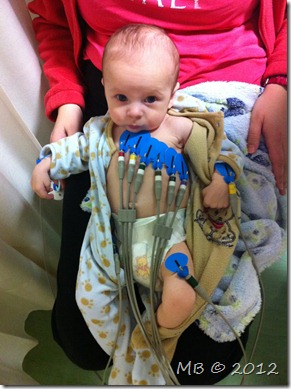 I went in to this appointment not really worried about Ben’s heart.  My gut was just telling me that whatever his losing weight issue is, it wasn’t caused by his heart, and I was right.  The cardiologist said almost immediately before he even listened to Ben’s heart that it wasn’t a heart condition that was the problem.  He thought it was a digestive issue, but he still did the ECG (which is what he’s hooked up to here) and the echo also.  (We didn’t get pictures of the echo because it took two of us to hold Ben, feed him a bottle and keep his arms out of the way of the ultrasound wand.) 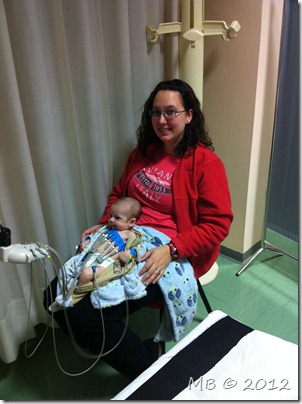 It turns out the Ben has 2 very small holes in his heart.  One is 1mm in size, the other is 2mm, so they’re tiny.  I guess all babies are born with holes in their hearts, but they usually close within the first week they’re born.  Sometimes they can take up to 6 months to fully close though, so that’s one of the ones Ben has.  The other one is also fairly normal and the cardiologist said that 30% of adults have this hole in their heart and it doesn’t cause any complications at all.  So neither hole is really a problem and definitely neither is the cause of his weight loss. 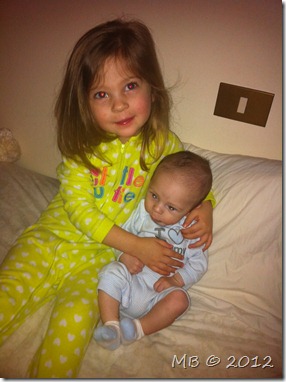 So on Thursday we have his appointment with the pediatrician to see if he’s gained weight.  I will be shocked (and incredibly worried and frustrated) if he hasn’t gained weight this week.  We’re having HUGE breastfeeding issues and afraid that I’m not going to be able to nurse him much longer, but more on that later.  Fingers crossed for good news on Thursday!!

Good luck Momma! I have been reading a lot more breastfeeding issues/stories this time around in case mine starts to tank.
The only thing I can think of is that perhaps little Ben isn't digesting your BM properly. But hopefully he will have gained some weight back and be right on track! You never know with these babies!