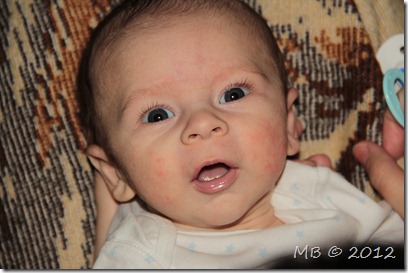 So my little guy is getting even littler…  Ben had another weight check today.  Six days from his last weight check and he dropped from 9lbs 5oz to 9lbs 2oz.  The doctor I like was able to look at him today (even though I didn’t have an appt) and she heard a slight heart murmur (that the doctor didn’t hear last week??) so we’re taking him for an echocardiogram on Monday so they can see if there is anything wrong with his heart.  She said 98% of these murmurs are nothing serious and just a matter of his heart moving around as he’s growing, but she wanted to rule out something more serious just in case.  She also wants me to meet with a lactation consultant, but I REALLY don’t think it has anything to do with his latch or my supply.  I know I have enough milk for him, so I’m fairly certain it’s not my supply.  I leak all over the place and I can squeeze my boob and shoot milk across the room.  (Sorry for TMI, but it’s the truth.)  I don’t think it’s a latch issue either because I know he’s nursing well and getting milk because I can hear him swallowing.  He’s having 6-8 wet diapers a day and he’s pooping also.  So I know he’s getting enough, which is also why I don’t think it’s anything to do with his heart either.  I think if he was having issues with his heart, he wouldn’t be able to nurse on both sides plus top off with a bottle (which he usually doesn’t want anyway), without being fatigued.  And he wouldn’t be able to scream for extended periods of time like he sometimes does. 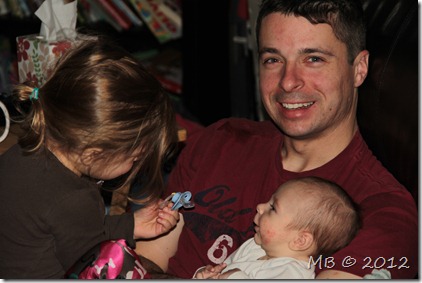 My gut tells me that it has something to do with the way that he’s metabolizing his food.  He doesn’t act sick normally.  His eyes are still bright and his cheeks are still puffy and he’s active and smiles and coos.  Occasionally he’ll get really cranky and he’ll go from bringing his knees up to his belly and then arching his back, which leads me to believe that his belly hurts.  I think it has something to do with his stomach or thyroid or something having to do with his digestive system and him not absorbing the nutrients that he needs.  But as I said, his diapers are fairly normal, so that doesn’t make sense either.  And I don’t think why he gained weight just fine his first month and then he stopped gaining weight, and now he’s losing weight.  I don’t know what changed, but it has me pretty worried, to say the least.

I’m trying to be patient about this, but I just want answers, like, yesterday.  It worries the heck out of me that he’s LOSING weight, and he’s barely 9lbs to begin with.  He still weighs less than Abbie did at BIRTH, and he’s over 9 weeks old.  I just want to know what’s going on before he gets even skinnier.  I’d appreciate any prayers for him that you’re willing to spare. 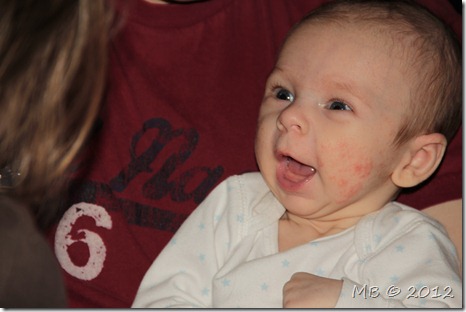 I can understand how worried you are. I hope you get the right answers soon. He will be in my prayers!

I hope they figure out some answers for you soon, i know how hard it is for you not to know. Hopefully he's just growing and developing so much that he can't eat enough to keep up weight, and maybe if that slows down a bit, he will catch up fast. I know u are used to big babies but i know many people 4 months old that are only 12 or 13 lbs so it must be somewhat normal for some babies to not get big too fast?? Good luck, i will say some prayers for baby Ben! <3 hugs!

Praying for Ben and that they figure it out soon!

Praying for you and Ben. I know how worried you are about this and I hope you all get answers very, very soon!

We're praying for you. Just reading how well you know him already reminds me what an amazing mother you are, Monica. I'm taking notes :)

I hope you get some answers soon and find nothing is wrong. Hugs to you!

I will be praying that you get answers soon and that he starts gaining weight. Hang in there momma!

Thinking about you guys! Hope you get some answers soon.