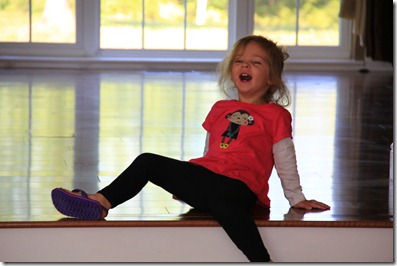 Today I feel like I was fairly productive.  Thanks to my mom’s help, I got the 12 boxes I already had packed mailed off to Italy.  Considering the first two boxes I mailed cost me $140 for shipping and insurance, I was pleasantly surprised when the 12 I mailed today only cost me $301 to ship.  I didn’t insure them all, and I didn’t send them all priority, so that probably helped.  However, I do have more than a few left to mail.  I have four boxes that are partially/mostly full, laying around the house and I’m finding more and more things to add to them.  I still have a LOT of Abbie’s toys to pack up though, but I’ll probably wait until right before we leave to pack the majority of those up so she can still play with them while we’re here.

I also spent an hour and a half on the phone with our bank.  Mark and I ordered a 2012 Volvo XC90 that will be delivered to Italy the week Mark gets home (hopefully).  So I was getting the loan set up and checking on insurance rates (since our insurance is through our bank).  It took MUCH longer than I expected, but we’re mostly done and I just have to confirm a few things with Mark before I pull the trigger all the way.  It’s a big relief, though, to have most of that behind me and another major item checked off my list.  It’s amazing to me, that I can be in the US and Mark can be in Afghanistan, and we can order a car from Sweden, through a dealership in Germany, to be delivered to Italy, all through the Internet.  Technology is really amazing at times.  And truth be told, it’s probably at least 5 times easier doing it this way than doing everything from Italy.  And the best news is that our insurance will actually go DOWN, even though the new car is 6 years newer and worth over twice as much as our old car.  Volvo’s have incredible safety ratings though and the insurance agent told me that people tend to drive new cars more conservatively than they do older cars so that could have something to do with it also.  But our insurance premiums will go down about $25/month once we get the new car.  Score!!

In other news, Sadie has been acting odd again.  A few weeks ago she had a day where she just wasn’t moving much, which makes me worry about her back having issues again.  She was more subdued for a day or so and then she was fine again.  This morning she was fine, and now she’s just laying around and not moving much again.  I’ve done the reflex test on her hind legs and they’re both about average for her, so I’m hoping she’ll snap out of it this time like she did last time.  Honestly, I just don’t have time to deal with her losing all function of her back legs again…  I really hope that doesn’t happen again right before we leave…

Things are slowly but surely getting done.  I keep adding to my list of things to do, but at least I’m getting a few things checked off also.  It’s nice to see a little progress.

YEA! It's getting so close to you coming to Italy! haha it seems like you were just telling me that!

My husband's been looking into that particular Volvo, so we'll have to check yours out :)

I hope your pup gets better!