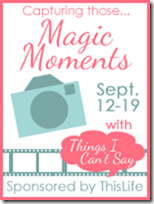 Whenever I need a “pick me up”, I look through all the old photos I’ve put up on my Facebook page, usually ones of Abbie when she was younger.

Last night I was going through one of my old albums and came across this photo.  I took it right after Abbie walked to Mark by herself for the first time, and I just love Mark’s expression in this photo.  He’s such a proud dad and you can practically see the love he has for his little girl pouring through his eyes.  I’m so glad he was around and able to be there the day she started walking by herself, and not deployed or on a TDY.  We lucked out. 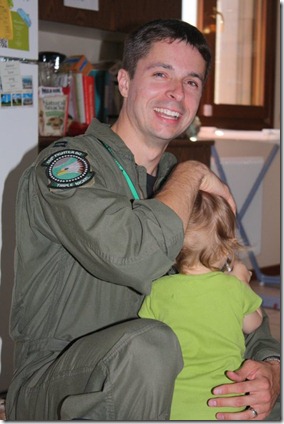 And just for fun, here’s another one.  Mark was making a monkey noise and Abbie obviously thought he was hilarious.  This photo captures their relationship perfectly. 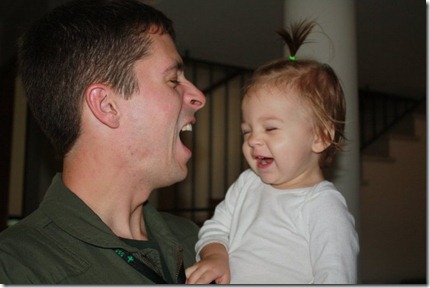 I can’t wait for him to get his butt home so I can capture more memories on film.  (And no, he doesn’t live in his flight suit.  Well I guess technically right now he does, and he wears it 90% of the time normally anyway since he’s always at work, or getting home from work, or leaving for work.  But he does have normal clothes too.  I promise.)

that first one- his expression is priceless- so happy!

thanks for linking up!

Beautiful "magic moments." The first one made me a little teary! Haha! Thanks for sharing! :)

Love them both - such good, expressive pictures! Hope you get him home soon too!

omg. that second picture is hilarious! i too am guilty of looking through old facebook pics of the two of us (since we only have the furry child for now ;) ) on facebook when i get a little lonely :)

Oh my- the love, the smiles, the FUN! I adore this!

such great pictures! I love his expression in the first picture, it's enough to bring tears to my eyes!

You can definitely see the happiness in his face...one proud Daddy!

Thanks to your husband for all he does...my husband was in the Air Force and it is never easy to be away from your family.