While in Denver, we took Abbie to Littleton Farm, which is a preserved farm from the late 1800’s.  They had lots of animals, so Abbie really enjoyed our time there and I had fun taking lots of pictures of her. 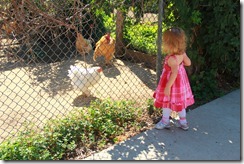 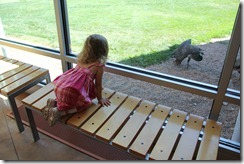 Abbie loves all animals really.  She would have spent all day with this cat if we hadn’t suggested otherwise.  In the picture on the right, she’s waving goodbye to the kitty. 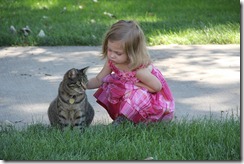 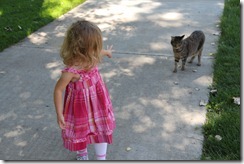 The shed and the barn. 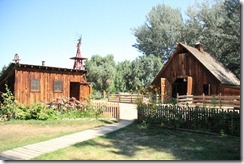 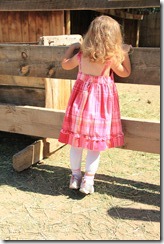 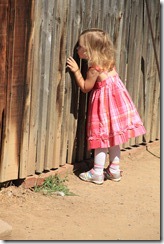 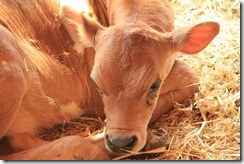 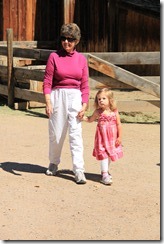 She rarely walks anywhere these days.  Her speeds are stopped or fast. 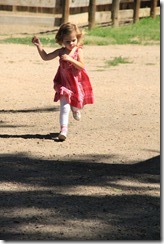 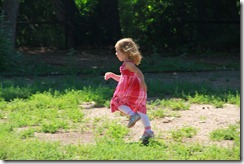 She loved herding the geese.  Luckily she didn’t chase them, just walked after them trying to get closer.  They weren’t going to let that happen though. 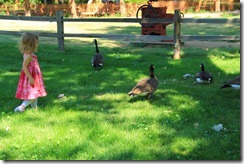 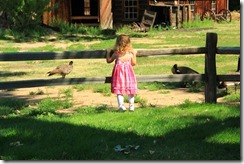 I love this picture of her.  She talked about the donkeys after we’d left the farm.  We asked her what she saw at the farm and she said “EE-awws” aka, donkeys. 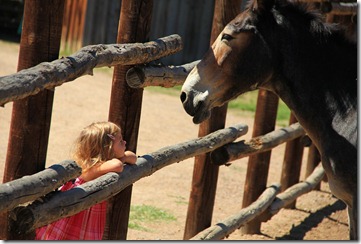 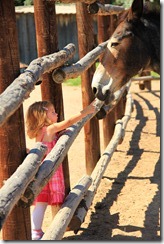 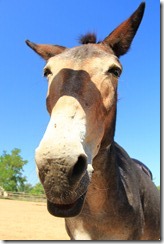 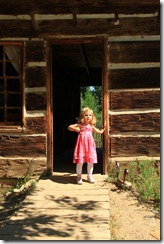 She also wanted to get close to the sheep, but again, they weren’t having any of it.  She followed them halfway around the farm, but never got close to them.  She’s pretty fearless when it comes to animals. 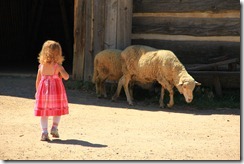 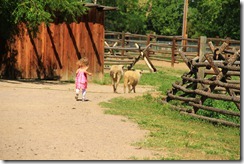 This is the inside of the little farmhouse.  I wonder what it would be like to live back in the days when we didn’t depend on technology so much.  It seems like such a simpler lifestyle, but maybe a happier time period also. 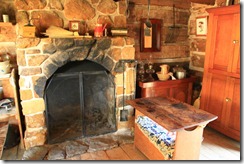 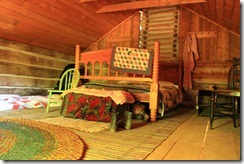 However, I am very thankful for the cameras we have access to now. 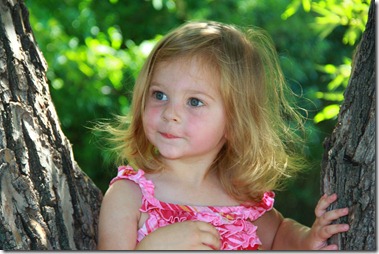 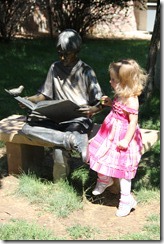 I snapped a few shots of her trying to get a drink by herself.  They made me laugh.  She was trying really hard but she’s not quite tall enough to do it by herself yet.  Don’t worry, I’d helped her get a drink before this picture and I helped her afterwards also.  And she thought it was funny too because I was laughing. 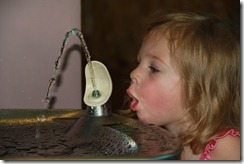 She was tall enough to leave the donations though.  The farm was free, which was really nice, but they left a couple bucks for a donation.  She enjoyed putting the money in. 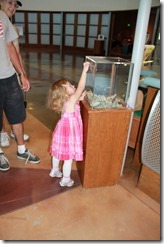 She was fascinated with the peacocks.  She tried to get close to them also, but didn’t succeed.  I wonder what she would have done if they would have puffed out their feathers? 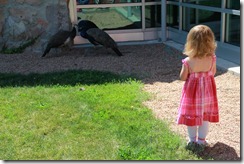 Abbie had a great time at the farm.  She ran so much she got a little blister on her foot from her shoes, so I got her new ones the next day.  It didn’t slow her down at all though.

oh my goodness. The photos of her looking through the fence are adorable!