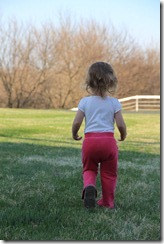 So Abbie and I have been back in the States for almost a week.  Honestly, it’s weird to be back.  This isn’t what I’m used to anymore and this doesn’t feel like “my” home.  It pretty much feels like I’m on vacation, in a way.  It’s really nice to be back in the States and I’m finding more and more things that I miss about the US that I’d forgotten about.

The dogs adjusted fine.  When we’d moved to Italy, they got SUPER sick the first week we were there.  They were puking and pooping all over the place and I wasn’t sure if that was caused by stress or something else.  They did much better this time.  They love to chase my parents cats, but we’re quickly breaking them of that habit.

Abbie seems to be not affected by the switch too much.  She woke up the first few nights at 4:30am and then went back to sleep until 7:30am, and I’ve gotten her to sleep until 8:30am once.  Hopefully I’ll be able to get her back on her 8:30pm – 9am sleep schedule, but my schedule is still off too.  I used to go to bed around midnight or 1am and sleep until 9am, but I can’t stay up past 10pm lately and then I’m wide awake around 6:30am.  Once I even crashed on the couch at 8:45pm.  Oops. 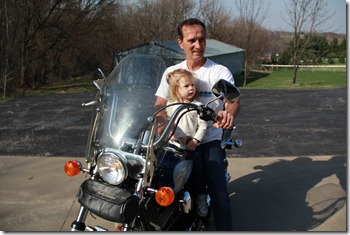 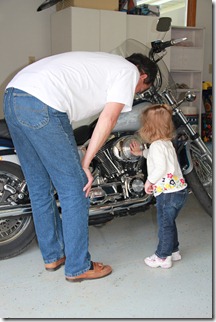 Since I always like to know what people’s surroundings look like, here are a few shots of my parents house.  They live on a couple acres of land. 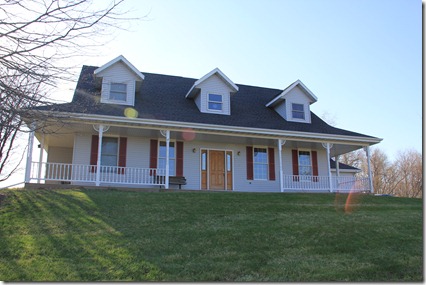 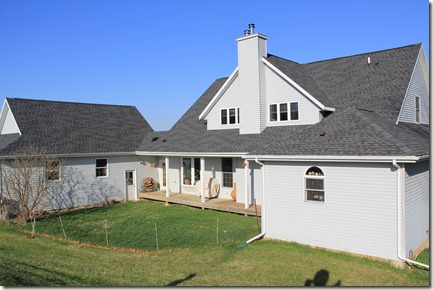 And here are my parent’s animals:

Madison, aka, Maddy, the ball-loving Golden Retriever that is great with Abbie.  (Which is good since Abbie loves her and has been laying on top of her quite a few times.) 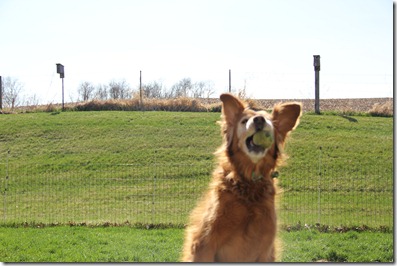 Zeke, aka, Zekey Bean, my parents HUGE cat.  He’s bigger than the weina dogs and he looks like a puma.  And this cat is spunky.  He hides under my piano and jumps out at people as they walk by and attacks their legs.  He’ll actually slap you with his huge feet and he and Abbie have gotten in to a few slapping contests…  He’s interested in her and she’s not too sure about him yet. 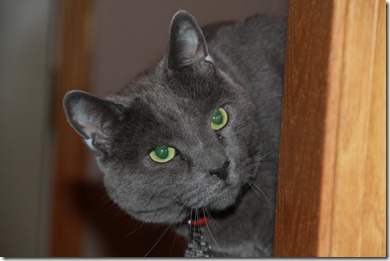 This is Elsie, aka LC, aka Little Cat.  She’s TINY.  She’s barely the size of a shoe and weighs like 8lbs.  She’s all fur.  She’s a pretty old kitty, but she’s super friendly and didn’t even bite Abbie when she tried to pull her off the dryer by her tail…. 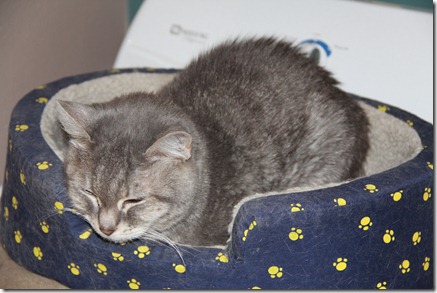 Overall, the transition has been easier than I was anticipating, but it’s still weird to be back here.  Hopefully the next half of a year flies by so we can get back to our home and Mark.

Your parents house is gorgeous!!!! I'm glad you are all settling in and adjusting.

I love the porch at your parents house! I am also glad you two are adjusting well! Enjoy the time.

Glad you're "home" with family and enjoying the States again. Yay for a smooth transition!! You're parents big grey cat looks a lot like ours. :)

Since Daniel has been gone, Lindin has gone to almost every man that has been near her! That never happened when Daniel was here. I really feel like she needs that male role model but she is not getting it right now. Children are so smart!