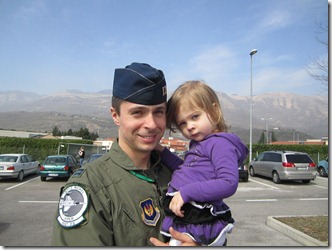 (I found this picture on my little camera – taken sometime late March.)
This week has been interesting.  Abbie has been harder to deal with this week than she has ever been before.  She is CONSTANTLY whining.  She just walks around whining.  She has an incredibly short fuse and if she doesn’t get her way, she throws a HUGE fit.  Today I brought her inside to warm up when she wanted to stay outside and she proceeded to rip apart one of my mom’s plants that she knows she’s not supposed to touch.  We had to run errands today also, and she whined, cried, kicked, screamed almost the entire hour and a half we were in the car.  I’m not sure if this is the aftermath of Mark leaving or if something else is going on, but it’s exhausting and frustrating.  It pretty much takes both of my parents and myself to keep her entertained all day.  I hope this gets better soon, because I’m not sure how much more of this I can take.  I just don’t know what to do when she gets out of control.
I started her on some Claritin today.  I think she might have allergies since her nose is almost always dripping and lately her eyelids have been red and puffy.  I’m not sure if she’s miserable from allergies and that’s contributing to her bad mood or what, but at this point I’m willing to try anything.  I made her a 2 year appointment for the end of May so I’ll ask the pediatrician about it then. 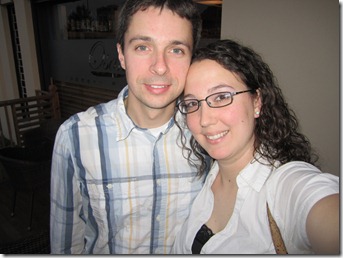 Us on our last date before Mark left
There is a large herd of sheep (with a few donkeys thrown in the mix) that had been roaming around the base for a few weeks before I left.  They seem to just roam from field to field and I’ve seen them all over the place on the south, west and east sides of base.  Abbie would get super excited every time she’d see them so I’d always look for them so I could point them out to her.  The herd was always surrounded by 3-4 guys and 5-6 dogs.  At night I think they set up a little pasture to put the donkeys in and the dogs watched the sheep and kept them contained.  The guys always drag this little trailer around with them.  That would definitely be an interesting way of life.  If you look closely at the last picture, you can see the donkey carrying it’s own supplies. 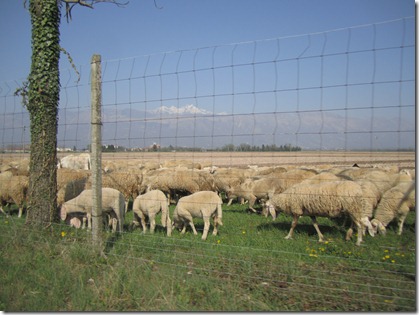 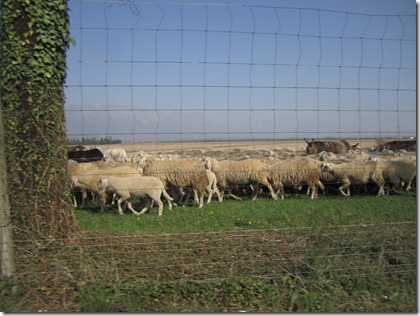 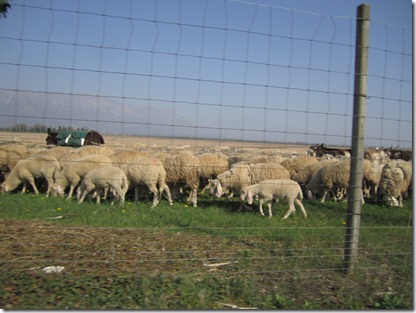 It could be any number of things...or any combination of them! Her daddy being gone, leaving her home in Italy for a time, possible allergies, any growing or teething that may be going on...

My boys acted out a LOT, and I know it's because they had SO much change in their short little lives, and they had zero control over any of it. The only way they knew how to deal with it was to act out. In fact, we're STILL dealing with it, and they're 4 and 5 (though almost 6)!

It's not easy, but just take a few deep breaths and try to be patient. Things will settle down after a little while. :) I hope the deployment flies by!!!