Today we decided we wanted to go to Park Guell.  Gaudi designed most of the park and it is full of colorful mosaics.  The weather was still pretty crummy, but we got some decent pictures.

(The main entrance to the park.) 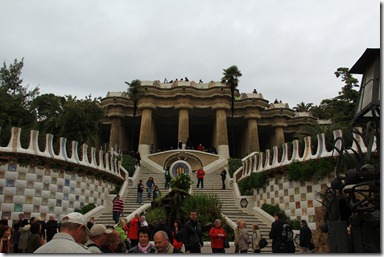 (One of the buildings near the entrance, with a neat roof.) 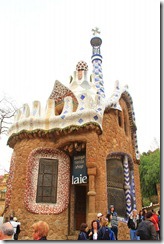 (Close up of the tile work along the entrance walls.) 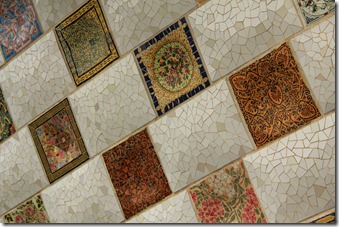 (The famous Gaudi lizard.  Abbie and I got shirts with this on it.) 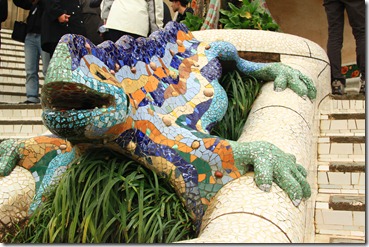 (This would be a perfect picture if Abbie had been looking.) 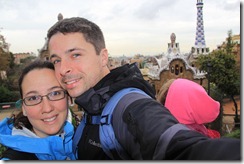 (Lots of people selling things inside the pavilion.) 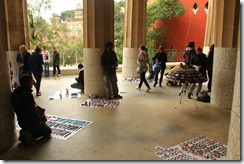 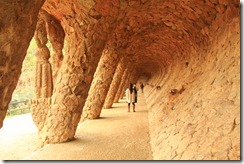 (The seating area all along the terrace of the park.) 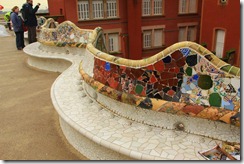 (Close up of the tile work.) 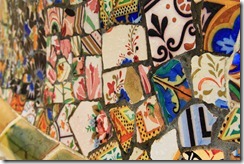 (View of Barcelona and the bay from the terrace.) 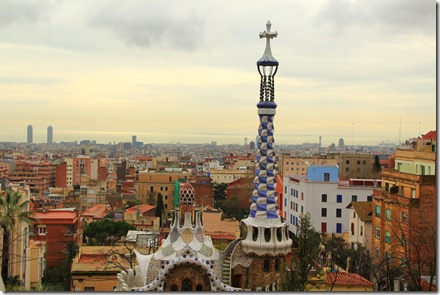 (Gaudi cut out those passageways out of the hill.) 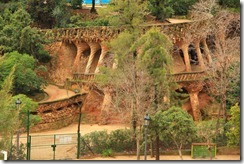 (Bench areas all along the terrace overlooking Barcelona.) 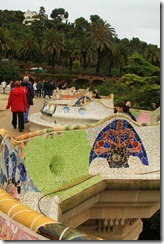 (Abbie really wanted to touch the lizard and she talked about this thing all afternoon.) 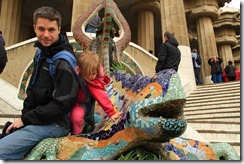 We wanted to check out a labyrinth park, and passed these guys playing some ball game on our way.  We watched them for a while, since they were pretty interesting. 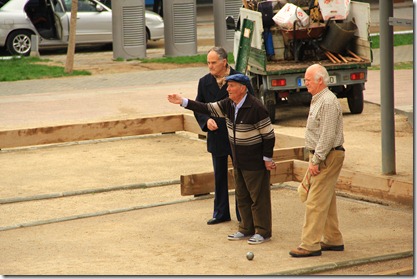 Mark really wanted to go explore the labyrinth in the Labyrinth Park of Horta, which is the oldest park in Barcelona.  The place is huge and has two main gardens, but we really only walked through the labyrinth park since Abbie and I weren’t feeling the best and we wanted to get back for Abbie’s nap.  We would have enjoyed it more if we could have leisurely strolled through the park, but we were rushed since Abbie was rapidly declining, health-wise.  It was pretty though, and there is now a gardening school in the mansion that is on the grounds. 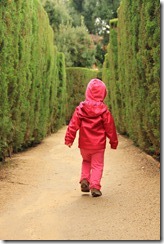 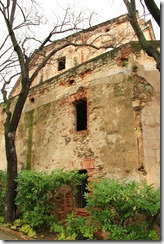 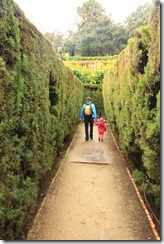 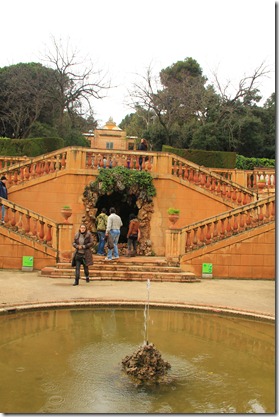 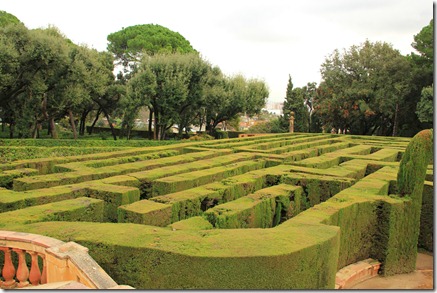 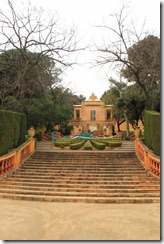 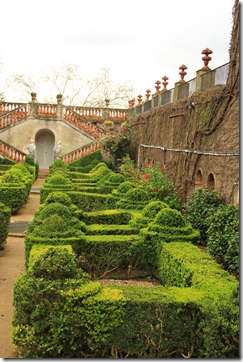 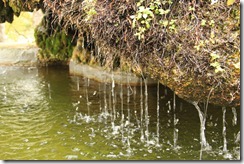 By the time we got back to our apartment, Abbie was exhausted, and she ended up sleeping for over 4 hours.  I took a nap too since I still wasn’t feeling the best.  We didn’t end up doing anything after Abbie’s nap except get dinner and pack to get ready to go home.

Barcelona was a neat city, but I don’t feel like we really got to take advantage of our time there due to Abbie and I both being pretty sick, and it raining all day 4 out of the 5 days we were there.  I wasn’t a big fan of the food either.  Some of their tapas are good, but a lot of them involve seafood like squid and mussels, and I’m not a big fan of those.  And I don’t like paella and most places sold that.  I should probably be more adventurous in my eating, but I tend to stick with what I know I like.  Hopefully we’ll get to come back to Barcelona someday and enjoy the city a little more than we did this time.

These are great pictures. Hope you and Abbie are feeling better.
Donna

I want to go to Barcelona! Great pictures Monica! Don't worry about Abby, she knows that something is going to happen soon (i.e maybe Mark leaving) and it acting out because of it. Call me if you want to come hang out!

Great pics! Makes me want to visit (despite the grody food and pickpockets). ;)