Abbie and the toad

In February, we were getting ready to leave and Mark opened the garage door and said “Oh my gosh”.  He said there was a toad on the driveway, but I was getting Abbie her car seat so I couldn’t see it.  I jumped a foot when I did see it though, even though I knew it was there.  Mark cracked up but I guess I just wasn’t expecting a ginormous toad.  This thing was huge.  So of course I grabbed my camera to take a few pictures. 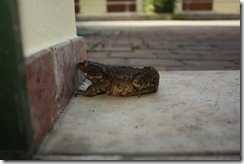 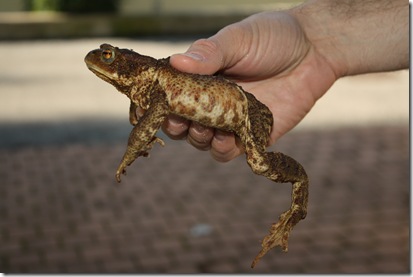 Abbie was very interested so Mark showed her the toad, which she called a frog, and she loved it.  She didn’t really want to touch it, but she definitely wanted to look at it.  And now every time we pull into the driveway she says “See frog"?”  (See, object constancy happens WAY before 3.5, as many of you have noted is true for your kids too.) 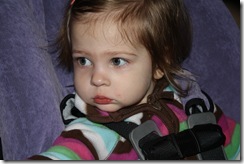 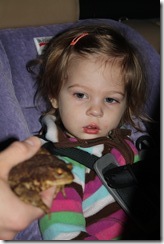 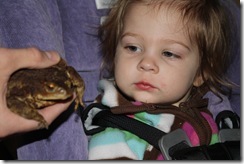 After we admired him for a while we put him in the dirt in the sun where he could warm up a bit. 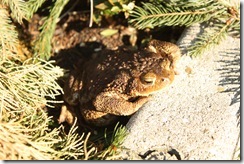 I saw toads at our house in Italy, too! And I even spotted a hedgehog in our backyard once, but it moved too quickly to get to take any pictures of it. LOL

oh we have those and I run the other way, I hate anything that is that ugly :P