We had friends of ours from FL stay with us for a few days this past week.  Monday they went to Venice by train, Tuesday they went to Trieste by train and Wednesday we went to Cortina.  Cortina is about 1.5 hrs north of us and it is probably one of the prettiest drives I’ve been on while in Italy.  A lot of that had to do with it being fall and all the beautiful colors, along with the tops of the mountains being dusted with snow.  All three of us fell in love with Cortina.  Mark wasn’t along (he was working), but I guess that’s a good thing because now I can go back with him! 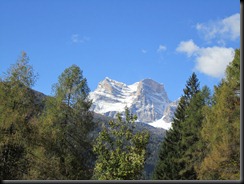 On our way up there was this little pull off with a field full of horses right by it.  Luckily my car stops pretty fast and there was no one behind me because I slammed on my brakes and pulled over so I could take a few pictures.  Sorry for the crazy driving T and P, but I couldn’t miss a shot like this.  (By the way, these pictures are all taken with my little point and shoot Canon, not my DSLR.) 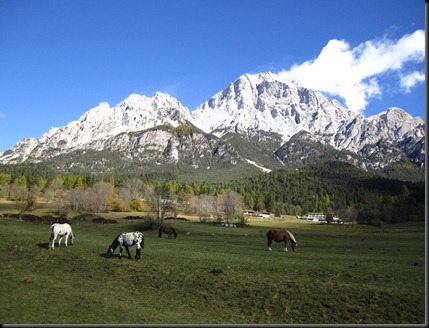 There were probably 15-20 miles of biking trails like this all through the area.  They were really nice trails and they went all the way up past Cortina.  I would love to go back and go biking a little bit. 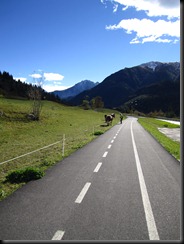 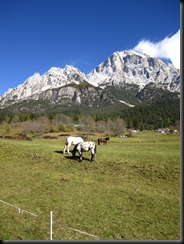 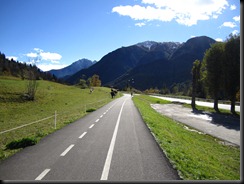 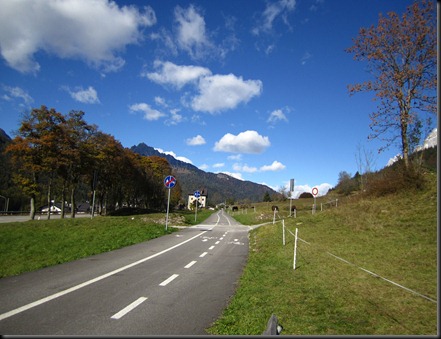 Isn’t this little guy cute?!  He’s just Abbie’s size!  (Abbie was in the car at this point screaming “Horth!  Horth!”. 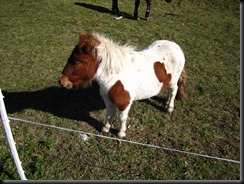 This whole area is known for it’s winter sports.  There are multiple ski resorts in the area, and we passed this on the way up, and we also saw a big building with “curling” written on the side. 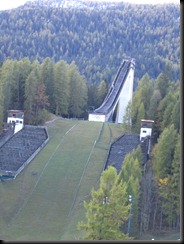 Everywhere you looked it was one beautiful scene after another.  I couldn’t get enough and even though it’s pretty remote, I’m fairly sure I could very happily live here.  Especially after I tried the hot chocolate!  It’s like a thinned out pudding and SOOO good! 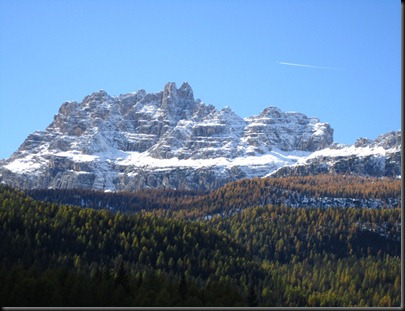 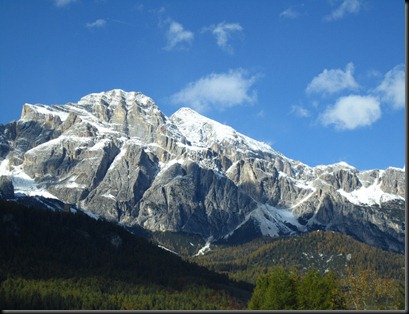 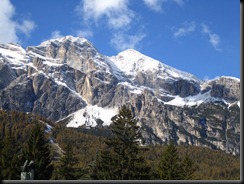 Here’s the little town of Cortina d’Ampezzo.  The pictures really don’t do it any justice.  Cortina hosted the 1956 Winter Olympics, the 1963 version of The Pink Panther was filmed here, along with scene from Cliffhanger.  It’s surrounded almost completely but the Dolomites (mountains). 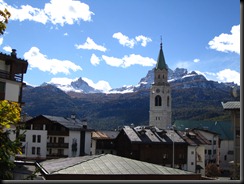 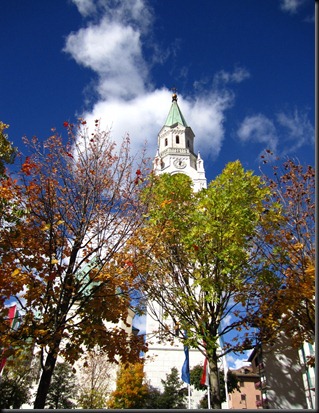 Since we were there off-season, most of the restaurants and shops were closed, and we were there during reposo (the Italian 3 hour mid-day naptime).  But it was still fun to walk around.  I’d love to go back and spend a weekend there with Mark, shopping and skiing.  Who wants to come watch Abbie for us? 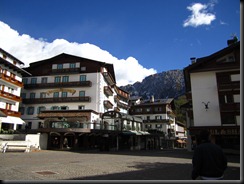 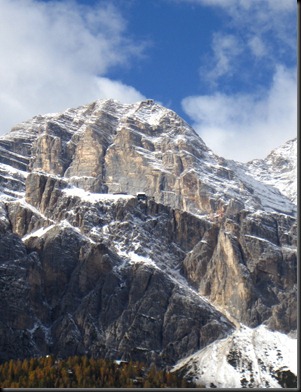 One of the James Bond films was also filmed here and Audrey Hepburn frequented Cortina. 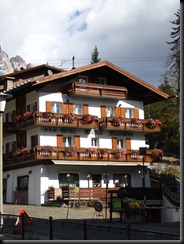 These next pictures were all shot along that bike trail I was talking about previously.  It was pretty chilly up there – in the low 50’s when we got there, but it was sunny and there wasn’t much wind.  However, it was snowing by the time we left!  It was neat to see the weather change so quickly and it was Abbie and my first time being in snow this season! 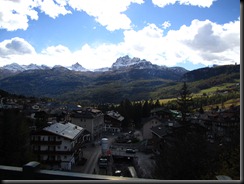 You can see one of the ski resorts on the right side of this picture. 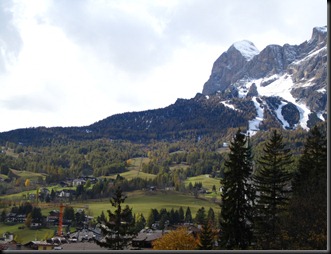 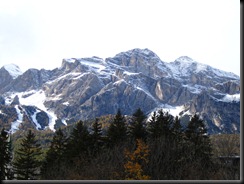 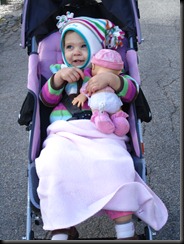 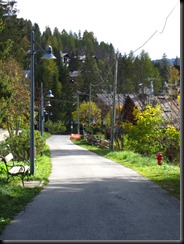 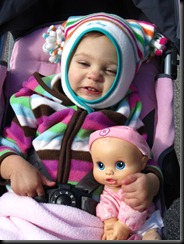 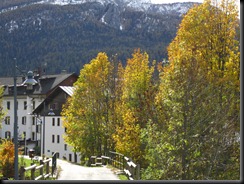 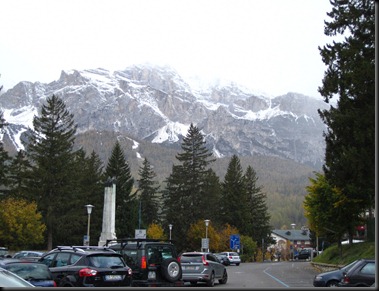 Thanks for touring Cortina with me T and P!  I hope you had a great time during the rest of your time in Europe! 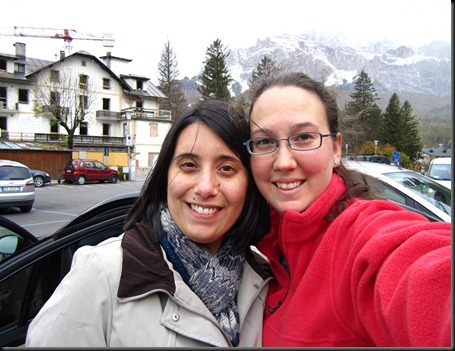 Thanks for taking us! We had a blast. I'm still thinking about that hot chocolate!